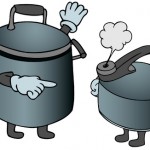 Are fraudsters sociopaths? Many are and that gives them the ability to tell lies with a straight face. Unfortunately, we want to believe in people. Most people are honest but a small percentage are nothing more than con artists and thieves. Unfortunately, some become serial fraudsters that perpetrate the same behavior over and over again.

Readers of this blog know that we have represented victims in several cases involving PIWM (Private International Wealth Management) and its principal, Nikolai Battoo. Whereas Battoo was at the epicenter of the fraud, he had lots of help. According to a recent SEC complaint and our own investigation, Tracy Sunderlage was the guy out selling PIWM and recruiting others to sell for him.

Sunderlage has a long, checkered past. He first landed on the radar screen of the feds back in the 1980’s. According to a complaint filed by the SEC in a Chicago federal court in 1986, Sunderlage actively marketed unregistered securities between 1980 and 1984. In addition to those charges, the feds say he also misrepresented the risks and expected returns of those securities and failed to disclose conflicts of interest. Without admitting any guilt, Tracy Sunderlage consented to a permanent injunction against him in August of 1986.

That should have been the end of the story. It wasn’t. With a touch of irony, Sunderlage is quoted in February 1987 by the Orlando Sentinel warning victims of another securities fraud. According to the paper, he was warning his brokerage clients even though he was presumably banned from the industry.

The Internet was not around back then and it was much easier to pull up stakes and open a new business in another city. Today, however, those things shouldn’t be so easy.

Sunderlage was charged by the SEC in 2012 for his role in PIWM. Until charged, he had allegedly been selling PIWM investments for many years and helping recruit stockbrokers and insurance agents to also sell these investments. Stockbrokers have a duty to conduct their own due diligence before recommending investments to their clients. Even a simple Google search would have raised many red flags about Sunderlage and PIWM.

Why did stockbrokers and others sell these investments? Good question. The answer is money and greed. Tracy Sunderlage invited brokers to tropical locales in an effort to recruit them to sell PIWM and investments in related entities such as Maven. These entities also offered above market sales commissions.

The result was hundreds of victims throughout the United States who lost all or much of their life savings. Fortunately, those who purchased from a third party such as a stockbroker, investment advisor or insurance agent may be able to recover their funds. Ditto for those who invested through supposed tax advantaged 419 or welfare benefit plans and relied on an accountant before investing.

Most PIWM, Maven and Tracy Sunderlage fraud cases can be handled on a contingent fee basis meaning no legal fees unless there is a recovery. For more information, contact attorney Brian Mahany at or by telephone at (414) 704-6731 (direct).