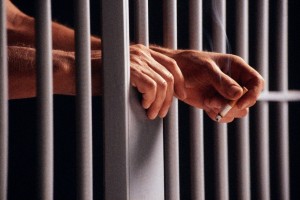 “Roll Your Own” Scheme Leads to Cigarette Tax Evasion Charges

(The author of this post suggests listening to the 1960’ folk legend Hoyt Axton’s Roll Your Own while reading this post.)

This post comes courtesy of the Wisconsin Department of Revenue which announced this week charges against two men for cigarette tax evasion. After reading the DOR’s press release, I suspect we will be seeing more such reports.

Most folks buy cigarettes already manufactured and packaged. A few people choose to roll their own cigarettes. As cigarette prices are pushing $10 or more per pack in many areas of the country, roll your own schemes are likely to increase.

In most states, bulk tobacco is much cheaper than prepackaged cigarettes. Tobacco stores usually sell bulk tobacco, rolling papers and rolling machines for those folks who want the satisfaction of rolling their own cigarettes. Two men in southeast Wisconsin got the brilliant idea they could custom manufacture and roll cigarettes for others.

Ronald Runkles and Thomas Banner were arrested and charged with manufacturing cigarettes without a permit, cigarette tax evasion and possession of cigarettes with non-compliant packaging.

According to the DOR, the state received a tip that two men were accepting orders for custom rolled cigarettes. Customers could order their cigarettes and pick them up the next day at the men’s store. Acting on a tip, police and revenue agents executed a search warrant and later arrested the men.

It’s easy to make your own cigarettes. As prices increase we expect more folks will do so. What makes this story personally interesting to me is that yesterday I was in Covington, Kentucky. Sitting on the Ohio border, there are many tobacco shops located in Covington and within site of neighboring Cincinnati, Ohio.

Cigarettes in Kentucky are among the cheapest in the nation. National brands can be purchased for as little as $3.35 per pack. What amazed me were the bulk bags of “pipe tobacco.”

As a consumer nation that demands convenience, we suspect Mr. Runkles and Mr. Banner are not the only two entrepreneurs who are rolling cigarettes for customers. Unfortunately for them, it remains illegal and we suspect that the two men had no idea how aggressively states protect their tobacco tax revenue. (There is also a health hazard – although cigarettes themselves are unhealthy, the state claims that the two men used non-compliant packaging. We suspect that means no warning labels.)

The federal government and several of the high cigarette tax states pay cash awards for inside information about cigarette tax evasion. Awards are based on a percentage of what the government collects. Please contact the author of this post, attorney Brian Mahany, online, by email () or by phone (414) 704-6731 (direct). We have helped our whistleblower clients receive tens of millions of dollars in award monies. See also our Cigarette Tax Evasion cornerstone page for current information.

The author of this post, attorney Brian Mahany, is a former revenue officer and tax prosecutor. All inquiries kept in complete confidence.