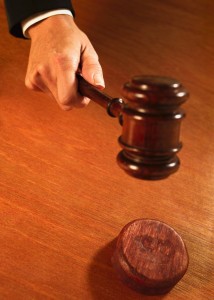 Morgan Stanley & Co. suffered a $4.5 million arbitration loss before the Financial Industry Regulatory Authority (FINRA) after a customer complained that the brokerage firm had committed fraud.

The customer, Banamex, claimed Morgan Stanley improperly pledged the assets of a wealthy family. Banamex acted as the family’s trustee.

The family’s trust claimed the trustee never agreed to repay third party loans for a family member who was not part of the trust.  Morgan Stanley allowed or assisted in pledging trust assets for those debts, however.

Banamex is a large Mexican based bank and is owned by Citigroup. Banamex says the loss to the family trust was approximately $5.2 million. The arbitration panel awarded $4.5 million which is almost 90 cents on the dollar.

Most stockbroker fraud cases brought in the United States must be arbitrated. Arbitrations are typically heard by FINRA. Except in very limited cases, there is no appeal from an arbitration award.

Arbitrators are not required to give reasons for their decision making it difficult to determine precisely what happened in this case. According to the trustee’s lawyer, the trust did not allow family monies to be used as collateral or pledged for outside family members.  Somehow, however, someone convinced the brokerage firm to pledge assets in the account.

Much like a mortgage affects the ability to sell one’s property, a pledge of investments means that the family cannot likely access their funds until the underlying debt is paid.

Improper collateralization occurs more often than many people realize. Stockbrokers have a duty to understand who can authorize trades, pledge securities or liquidate an account. If they allow the wrong person to do so, they can be held responsible for damages.

In a prepared statement, Morgan Stanley said it was “disappointed in the arbitration panel’s award.” They claim the family’s “patriarch” had authorized the pledge agreement. Obviously, the arbitrators disagreed.

If you lost money because of actions taken by a stockbroker or their firm, you may be able to recover your hard earned money. Most stockbroker fraud arbitrations are resolved in 14 months making the process much faster than many overloaded state courts.

To find out if you might qualify, contact the fraud recovery lawyers at Mahany & Ertl. For more information, contact attorney Brian Mahany at or by telephone at (414) 704-6731.