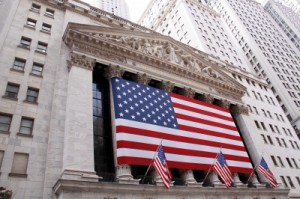 Paul Larsen of Naples Florida Tossed From The Brokerage Industry.

[Updated 2020] We encounter a fair amount of bad brokers in our fraud cases involving failed tenant in common (“TIC”) investments. Most just gave bad advice or allowed the lure of big commissions to overcome common sense. It really doesn’t matter, however, as stockbrokers are responsible if they fail to conduct proper due diligence or make unsuitable investment recommendations.

And then there is Paul Larsen. According to records obtained from the Financial Industry Regulatory Authority (FINRA), Larsen has been a stockbroker since 1982. Until 2010, he never had a disclosable event on his record. (Customer complaints, bankruptcies, criminal charges, lawsuits and regulatory events all must be disclosed.) Almost three decades without a complaint and beginning in 2010, fifteen (15) disclosure events. Talk about a meltdown!

We are not sure what happened but its bad.

Paul Larsen was terminated by his employer VSR Financial Services of Overland Park, Kansas in September of 2010 after a customer complained that Larsen had “illegally” converted funds from a TIC investment. We don’t see record of a criminal complaint but his alleged conduct was enough to get him fired.

And that is when the complaints began pouring in. Thirteen to be exact. According to FINRA and published reports, Larsen was pedaling oil and gas and TIC investments. Many of his customers were apparently retired and or elderly. He used church connections – we call that religious affinity fraud – to coax his customers to turn over their monies.

By our count, investors claim they have lot over $6 million and we are sure there are probably more who haven’t yet come forward.

What is especially troubling to us is that after we first posted this story in July 2014, an issue of Christianity Today ran a story very favorable to Larsen.  We remind everyone that reading something online or in a trusted publication is no substitute for due diligence. A simple check of FINRA’s online BrokerCheck tool would have provided investors with a wealth of information.

TIC investments, along with oil and gas deals, are typically speculative. They are not for the faint of heart and definitely not suitable for most retirees who seek conservative investments and preservation of capital. These folks need their money to be safe in order to carry them through retirement.

TIC – short for tenants in common – investments were popular in the early 2000’s after the IRS adopted a Revenue Procedure (2002-22) in March of 2002. That IRS ruling allowed investors to take advantage of tax benefits by deferring capital gains. Many older investors sold a home and deferred the gains on their home by rolling over the money into a new property. These rollovers are called like kind exchanges or “1031 exchanges.”

The IRS revenue ruling allowed these rollovers to be pooled. An individual with a small gain could now participate in a much larger project. TIC financing was common with shopping centers and office buildings.

While the concept of TIC investing was sound, there are many potential pitfalls. Unfortunately, many brokers and insurance agents who sold these investments didn’t know what they were selling or never properly explained them to would-be investors. Worse, the TIC investment industry was quickly taken over by fraudsters.

Stockbrokers and brokerage firms have a legal duty to perform due diligence on the investments they sell. They also have a duty to fully understand their customers’ needs (Know Your Customer rules) and to only recommend investments suitable for those needs. (suitability rules).

Paul Larsen’s clients say that he did neither. Some claim fraud. Larsen has denied the claims but several of the cases have settled with money being paid to his former customers.

There hasn’t been much TIC activity these days but history has a habit of repeating itself. It is only a matter of time before a new crop of TIC scams emerge or brokers / insurance agents begin selling these investments to people who aren’t suitable for the unique risks and liquidity risks associated with these investments.

Where is Paul Larsen Today?

The good news is that Paul Larsen is no longer allowed to sell securities. He was banned from the industry in 2011 after refusing to cooperate with regulators who were investigating his activities. He consented to the permanent ban without admitting guilt in lieu of facing a hearing.

The bad  news is that the claims suggest that Larsen was often selling TICs, REITs and oil and gas deals without the permission of his employer, VSR Financial Services. Luckily for victims, VSR Financial may have an independent duty to those customers because of their duty to supervise their employees and know what they are selling.

Where Paul Larsen hangs his hat today is unknown. FINRA says he was last selling insurance and real estate in Naples, Florida. We found that Larsen’s name is associated with 16 companies. One of those companies, ICG Advisors, was located in Naples, Florida. We say “was” because a Google listing shows closed. He may also be associated with a company called Paul C Larsen P.A.

A 2019 bankruptcy filing appears to accuse Larsen of fraud. We are unsure of the allegations or the final disposition.

the time to bring claims against Larsen for actions that occurred while he was a stockbroker have probably elapsed. The lessons from this case, however, remain. Brokerage firms can be held responsible for the actions of their agents.  If you are buying any kind of investment, make sure that person selling you the investment works for a legitimate and licensed brokerage firm, bank or insurance company. Most claims against brokerage firms can be handled on a contingent fee basis meaning no legal fees unless the lawyers are successful in recovering money.

To learn more, visit our TIC fraud investment recovery page. Think you have a case? Give us a call. For more information, contact attorney Brian Mahany online, by email at or by telephone at (414) 704-6731 (direct).

(Photo courtesy of photoholic at freedigitalphotos.net)