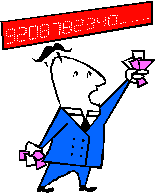 The first line of defense for victims of stockbroker fraud is FINRA, the Financial Industry Regulatory Authority. Although many people think that FINRA is a governmental agency, it is actually a private, self regulatory organization that operates under the auspices of the SEC. One of FINRA’s primary duties is to police the securities industry and in particular the thousands of brokerage firms and stockbrokers licensed to do business in the United States.

Recently FINRA took action against Bruce Meyers, the owner of a small brokerage firm called Meyers Associates. The company is headquartered in New York. FINRA says that Meyers improperly marked an unregistered investment in a start up pharmaceutical company.

What did Meyers do wrong? First he failed to disclose to his customers that he owned an interest in the pharmaceutical company. Brokerage firms are required to disclose potential conflicts of interests to customers and let customers decide. This is especially true in private placement offerings where information about the investment is limited.

FINRA also says Meyers marketed the pharmaceutical private placement by sending out unsolicited “boilerplate” emails. That is another industry prohibited practice. Private placements can only be offered to investors with substantial investment experience and wealth. They can’t be mass marketed to just anyone.

Unfortunately we see many similar “boiler room”operations where conflicts of interest and solicitation prohibitions are ignored. Many folks we speak with were originally attracted to an investment “deal” from an unsolicited email or call at work, typically at 5:00 pm when receptionists aren’t on duty to screen calls.

An article in InvestmentNews [subscription required] claims that Meyers has a checkered past. We checked. Bruce Meyers has a horrendous record. Where just 12% of stockbrokers have a single disclosable event on their record, Meyers has 11. These events range from customers complaints to an actual suspension in 2010 for failure to cooperate in an official investigation. He was also censured and fined for insider trading that occurred on his watch as a principal of a brokerage firm.

Obviously, the newest FINRA case against Meyers is far from being resolved. Whether or not Meyers is guilty remains to be determined.

“the sale of securities to a relatively small number of select investors as a way of raising capital. Investors involved in private placements are usually large banks, mutual funds, insurance companies and pension funds. Private placement is the opposite of a public issue, in which securities are made available for sale on the open market.”

Typically these products shouldn’t be offered or sold to investors unless those investors are qualified, have substantial investment experience and have full disclosure of the risks involved. Unfortunately, some brokers appeal to individual investors by offering them an “inside deal” or an investment typically reserved for banks.

If you were sold a private placement and lost your investment, you may be able to recover your money if the broker improperly solicited you, failed to disclose conflicts of interest, failed to make full disclosures about the investment or violated industry and SEC rules on these investments. And its not just private placements that a re subject to abuse. We have also observed similar problems with nontraded REITs and other alternative investments.

Think you are a victim? Give us a call. For more information, please contact attorney Brian Mahany at or by telephone at (414) 704-6731 (direct).