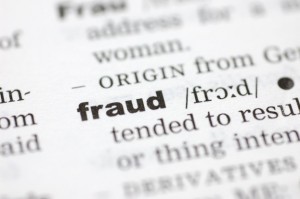 A man deported by the feds in 2008 has been linked to a $5 million Medicaid fraud scheme in New York State. The man, Munir Khan, was deported after being convicted of adulterating prescription drugs and tax evasion charges. Khan may be long gone but his family members are now in trouble for Medicaid fraud.

Today New York Attorney General Eric Schneiderman announced the indictment of three pharmacies in Brooklyn and seven of their employees. Two of those employees are children of Khan.  Schneiderman says that Munir Khan really owns the businesses even though daughter Beenish Daha and son Muhammed Khan claim to own them.

Prosecutors say that the pharmacies were paying customers for prescriptions obtained from a local doctor and then billed Medicaid for the drugs even though they were never actually dispensed.

Medicaid fraud is a felony in New York punishable by 25 years in prison. In announcing the indictments, Schneiderman said, “Those who defraud Medicaid to line their own pockets are scamming taxpayers and depriving others of important health care services, and today’s indictment sends a clear message that there will be consequences. My office will continue to crack down on those who engage in waste, fraud, and abuse of taxpayer money.”

New York State has a powerful whistleblower law that pays those who have inside information about Medicaid fraud. The federal government has a similar law for Medicare fraud. Several other states also have healthcare fraud laws. Most of these laws allow whistleblowers to receive up to 30% of whatever the government collects. Because these laws allow double or triple damages, those awards can really add up.

To qualify for an award under both the federal and state false claims act (whistleblower laws), a person must have original source knowledge of fraud involving a government funded healthcare program. Since Medicaid is funded by both state and federal tax dollars, whistleblowers can be compensated if their information is instrumental in unraveling the fraud.

To obtain an award, the whistleblower must file a lawsuit under seal meaning the case is secret while the government investigates. Ultimately the government must report to the court whether or not it wishes to intervene and take over the case.

Need more information? Give us a call. Our whistleblower lawyers have several, billion dollar cases. We help whistleblowers collect the maximum possible award for Medicare or Medicaid fraud. For more information contact attorney Brian Mahany at or by telephone at (414) 704-6731 (direct). All inquiries kept in strict confidence.