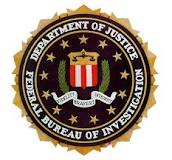 JP Morgan Chase – $2.39 trillion, Bank of America -$2.17 trillion, Citi – $1.88 trillion, Wells Fargo, BNY Mellon, US Bank… the list goes on. Four banks alone with more than a trillion dollars in assets and many are getting bigger by the day. All of the so-called “too big to fail” banks have been tagged for some sort of wrongdoing in the financial crisis of 2007 and 2008 yet none of their officers have been convicted of any wrongdoing, let alone spent one day in jail.

Just one decade before when several companies were caught cooking their books, prosecutors were quick to the scene. Enron, Tyco and WorldCom all sent corporate executives to prison. But no one from the banks.

That statement isn’t quite true, the feds managed to prosecute one Egyptian born banker, Kareem Serageldin. Last December more than 5 years after the crisis began, Serageldin was sentenced to 30 months in prison for Conspiracy to Falsify Records. Considering that over 1000 people were prosecuted during the savings and loan crisis back in the 1980’s, the government’s prosecution record is dismal. Prosecutors say he lied about Credit Suisse’s mortgage portfolio.

Is there a silver lining in any of this? Maybe but much depends on how you view the justice system.

While only one person from a major bank has gone to prison, the Justice Department has collected billions of dollars in fines. While those numbers sound substantial, remember that several of the too big to fail banks have trillions in assets. It’s all relative.

While we personally are disappointed in the prosecution figures, we do applaud the efforts of the Justice Department to collect record fines. Last week, the New York Attorney General announced a $7.5 million settlement with Bank of America while at the same time press reports say that the US Justice Department is considering another $11 billion against the bank. Collectively, these large and small fines begin to add up.

You can’t put a bank in jail but you can fine them enough so it hurts. Bank of America’s stock price dipped on news that it was still facing big fines and enforcement actions.

Why has the government focussed on civil instead of criminal? I am not sure but that policy decision is made in Washington and not by the 94 US Attorneys nationwide.

The story that doesn’t get told is how many of these billion dollar civil cases were brought by whistleblowers, concerned woman and men who simply grew tired of watching rampant fraud. Under the federal False Claims Act, whistleblowers can receive up to 30% of whatever the government collects. While not all fraud is subject to the False Claims Act, cases involving government loan guaranties and bail out money is. Ditto for government backed home mortgages.

Even if a bank fraud isn’t covered by the False Claims Act, another whistleblower award statute, the Financial Institutions Reform Recovery and Enforcement Act can pay whistleblowers up to $1.6 million. Not a small pay day for anyone.

The statute of limitations is beginning to run on many of the crimes committed by bankers back in the early part of the new millennium. There is still time for whistleblowers to cash in.

How? First, you must have original source information. Most whistleblowers are past or present employees or outside vendors such as auditors. Assuming you have the inside knowledge, find yourself a great whistleblower lawyer. Having the right lawyer can mean the difference between no recovery and millions. (We represent the whistleblower in the largest pending False Claims Act case involving the banking industry – HUD’s $2.4 billion case against Allied Home Mortgage.)

Need more information? Call us. There is never a charge and everything you share with us remains in confidence unless you direct otherwise. For more information, contact attorney Brian Mahany at or (414) 704-6731 (direct).