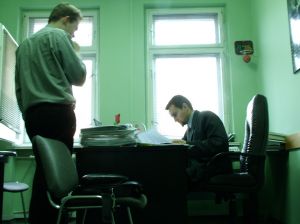 This is a headline that will probably get me in trouble with my CPA friends. But according to a federal judge, it’s true.  To understand the ruling, some facts are needed. (Don’t worry, this isn’t a dry, boring post at all.)

The Justice Department sought injunctive relief against two preparers in Texas. They wanted the two women to stop selling a clearly abusive tax shelter. What were the women doing? They were selling methane credits; methane from nontraditional fuel sources. If this sounds like “bull sh#t,” well, it really is. That is where “nontraditional source” methane comes from… manure and rotting garbage.

Lest you think the two preparers should go to prison, they were duped; just like their clients who they helped claim the “credit”. The manure masterminds, however, did go to prison. Both promoters were CPAs.

Lets look at the two preparers that were sued by the government. Sally Hand-Bostick is an enrolled agent and operates National Express Tax in Carrollton, Texas.  Co-Defendant Elizabeth Spinelli is a CPA licensed in Texas. According to the government’s complaint, she has been an accountant for 25 years.

The methane tax credit scam was apparently marketed to enrolled agents and accountants. The promoters created an elaborate scheme complete with bogus engineering reports, methane contracts and marketing materials. The marketing materials said the program had been reviewed by CPAs, lawyers, industry experts and even former IRS agents. They also claimed to have several private letter rulings from the IRS attesting to the program.

Unfortunately for the two women, they never did any due diligence. Even looking at the tax code would immediately show that methane credits aren’t transferable and that you actually must be engaged in producing methane to claim the credit.

Ultimately, the duo sold the scheme to several clients. The scheme was uncovered and the Service came knocking on the door of both the promoters and the accountants that were duped into selling the credits. The women were not indicted for their unwitting role in the scam. Instead, the Justice Department sued them seeking to enjoin them from any further participation in this or any other abusive tax shelter.

What did the court do? Not what you think!

The court minced no words with both preparers. The court said that the promoters back dated documents and wild claims should have been obvious clues. Simply spending a few minutes looking up the code section would have alerted them to the scam. Since they were not lawyers, however, the court held them to a lesser standard.

What does all this mean? The women aren’t heading to prison nor are they subject to an injunction. The court is pretty sure these two preparers will never try to sell another “transferrable methane credit” again. The pair can still be sued by customers, however, and the IRS can still whack them with preparer penalties. We wouldn’t be surprised to see a Director of Practice action either.

In rendering its ruling, the judge said, “The court disagrees that either Hand-Bostick or Spinelli, as tax preparers, should be held to the standard of a seasoned attorney with full knowledge of statutory and case authority, and the Government has not presented any evidence or authority that persuades the court that tax preparers are held to the same standard as attorneys or are required in every instance to seek the advice of a tax attorney.”

Ouch. Some accountants may object to those words. particularly CPAs.

Whether or not the IRS was successful in getting injunctive relief, the important lesson here is that both clients and the Service can still pursue preparers of every stripe for engaging in abusive tax shelters. Whether you are a tax lawyer, CPA, enrolled agent or a person that does returns on the side, don’t market something you don’t understand and don’t market credits to your return clients simply because a promoter tells you its okay.

Preparers have a duty of care to their customers. As a preparer, you may be able to beat an IRS injunction action but you must still answer to your clients. If they are audited and subjected to penalties because of their unwitting participation in an abusive tax shelter or bogus tax credit program, their first stop will be your doorstep.

Think you are invested in an abusive tax shelter or need to help a client escape from one? Give us a call. For more information, contact attorney Brian Mahany at or by telephone at (414) 704-6731 (direct). All inquiries kept in complete confidence.