Ed Note: The following article is reprinted here courtesy of whistlewatch.org. We are proud supporters of both “Generation W” whistleblowers (to quote the post) and whistlewatch.org, a 501(c)3 nonprofit whistleblower advocacy group. We are also proud of our efforts to help whistleblowers in false claims act and IRS whistleblower actions collect the maximum rewards possible. For more information on what we do, visit our website or contact us directly at or by telephone at (414) 704-6731 direct.

The post was written by Evy Brown, Esq and is reprinted in its entirety.

Generation W Whistleblowers See Themselves As Part of the Solution 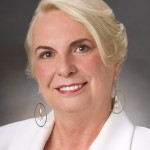 I read a great article by Peter Ludlow titled The Banality of Systemic Evil.  It was refreshing to see a seasoned journalist come out on the side of a younger generation of activists known as Generation W.

Ludlow is spot on to lay out how a handful of young people have made a direct impact on history via an ethical choice to break with traditional values and shine a light on corporate greed, government stripping of civil rights and violations of international human rights law.

Yet, few main stream journalists, rights advocates and executives, including well-known ethics advisers and legal eagles have openly stood up to support the new trail blazers of ethical norms.  Generation W sees themselves as part of the solution, not part of the problem.

I wondered how many people would see themselves as part of the solution or part of the problem.  Everyone has faced an ethical dilemma at work or personal life where they had to decide whether to go along to get along or break with new norms of immorality.  New norms of immorality are the cultures created for conduct within a system that will help a person survive and thrive.  Even if that means helping to kill the livelihood of colleague, a subordinate or a stranger to get ahead.

We’ve seen this character flaw of lack of empathy for fellow humans over and over in the health care system, food industry, energy production and the financial markets.  We’ve seen this first hand in government service where those with a legal duty to protect the public keep silent for a few pieces of silver.  Public service is a public trust but never have so many civil service personnel done so little for the people by allowing fellow whistleblowers to be led to legal slaughter.

I’ve written about the new norms of morality where the go along to get along gang sacrifice others to feather nests for over 5 years now.  My old job as a federal employee forced me to face an ethical dilemma in 2007 when I worked for the Department of Health and Human Services (HHS).  Then I was quite naïve about what would happen and who would stand up for me.

I actually believed that if I raised awareness to grant fraud, waste of tax payer funds, mismanagement by fiscal specialists,  kick backs to HHS employees, overcharging by contractors, and violations of federal and state law that put children at risk of being exposed to pedophiles, management would want to take corrective actions.  And my co-workers who knew my work to be stellar would support me.

I believed justice would prevail when I was severely retaliated against by a few brazen managers who talked among themselves on private Verizon and Cox email accounts about the whistleblower protections I was entitled to receive.  But those protections failed.  No one in upper management or the Office of Special Counsel (OSC) or the Merit System Protection Board (MSPB) cared about the underlying disclosures of government waste, fraud, mismanagement, abuse of authority, let alone whistleblower retaliation justice.

Children suffering?  No upper management at HHS or the Office of the Inspector General (OIG) made it a priority to look into the impact of exposing children to pedophiles or forcing them to live in substandard conditions at unlicensed group homes.  HHS management only cared about shutting up the whistleblower.  A lot of colleagues looked the other way.  None of them would have ever let their own children stay a single night of one the hell holes I discovered passing as group homes for runaway and homeless children.  The apathy of co-workers was disgusting with some making statements that the children were the problem, not the grantees committing fraud.

The new norms of apathy and looking the other way is a government employee, a mid-level manager of a corporation or an average worker in a food production plant.  They take their lead from people in the executive suite of business and high-ranking government officials, ethics, compliance, and legal directors.  As Ludlow explains, it’s all about supporting your chain of command. Support the boss at all costs.  That attitude is required for federal service.  Say no and to hell you go.

Those who trade on ethics expertise have sacrificed old norms of morality for new models of corrupt cultures of apathy that lack basic levels of empathy.  Lack of empathy is a trait of a criminal mind.  Conspiracy by co-workers and management to destroy a whistleblower’s career is no less a conspiracy of criminals who rob a bank.  Yet the new norms of corrupt work cultures accepts that conspiracies exist and go along, cashing their paychecks and enjoying paid vacations.  Employees watching whistleblower retaliation lack the moral fortitude to speak up against management and right wrongs because they live in fear of being next.  So what if your co-worker is crushed under the weight of the conspiracy.

Fear is a powerful way to control people.  When people live in fear they become docile and apathetic.  The question should be to those who go along to get along…what are you going to do when they come for you?  Who will be left to speak up for you?  Are you going to be reciting the new poem of Generation W?

Then they came for the lawyers, and I did not speak out because I was not a lawyer.

Then they came for me, and there was no one left to speak for me.

The above was inspired by a Pastor Marin Niemoller poem titled First They Came.