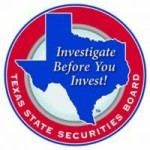 Robert J. Mangiafico Jr. of Allen, Texas may be a very old man when he gets out of prison. Judge Benjamin Smith in Collin County Texas sentenced him to forty (40) years after he pleaded guilty to defrauding several elderly women out of their life savings. Prosecutors say that Mangiafico’s senior fraud involved a phony annuity scheme.

Published reports say that Mangiafico began stealing from his victims in 2007. Instead of selling the woman annuities as promised, prosecutors say he simply pocketed the money. About $655,000 of money.

What makes this case particularly disturbing is the advanced age of the victims. The indictment says that the victims were elderly and were suffering from diminished capacity. Whenever someone steals from the elderly, the crime can be characterized as elder abuse or senior fraud. Many states have criminal sentencing enhancements that increase the severity of the crime or length of prison sentence when the victim is over a certain age or suffers from diminished capacity.

We always suggest that potential investors check public record before investing. Both the SEC and the Financial Industry Regulatory Authority (FINRA) maintain free on line programs that can provide  detailed background information about a stockbroker or investment adviser. Apparently Mangiafico was unlicensed, however. State officials also say he had a lengthy prior criminal record involving multiple thefts and lying to police officers.

Although the damage in this case is done, we are confident that a 40 prison sentence will keep Mangiafico from destroying the lives of any more senior citizens.

Because many elderly folks suffer from diminished capacity, it is important that children and grandchildren keep close tabs on the bank accounts of those who can no longer do so. Consider requiring a second signature before an account can be closed or checks written. Senior fraud can be prevented but usually only when family takes an active role in prevention efforts.

If you are the victim of senior fraud or believe that someone is stealing money from a loved one, seek help immediately. The key to success is quick action. It’s important to freeze funds before they are distributed or at least keep the fraudsters from spending the money while claims are being resolved in court.

Need more information about elder abuse or senior fraud? We are happy to help and are initial consultations are without cost. All inquiries are protected by the attorney – client privilege too. For more information, contact the author at (414) 704-6731 or by email at .