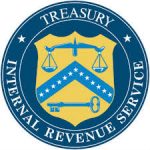 If Swiss Banks Are Cooperating with the IRS, Do We Still Need Whistleblowers? YES!

[With a July 2019 update] According to a wire story from Reuters, the Swiss government is considering a global settlement on behalf of hundreds of Swiss banks. Although the details of the settlement discussions were not revealed, U.S. Justice Department officials and the IRS are not likely to agree on any settlement absent full disclosures of Americans with Swiss accounts. Why? The feds are trying to identify taxpayers who have failed to file FBARs – Report of Foreign Bank and Financial Accounts.

Beginning in June 2008, criminal investigation of Swiss banking giant, UBS Bank, the Justice Department has aimed much of its offshore prosecution efforts at Swiss banks. The IRS and DOJ believe that many Swiss banks actively helped American taxpayers evade taxes.

Opening a Swiss account is completely legal (as long as the account is reported). Holders of foreign accounts must file yearly FBARs if their total offshore holdings exceed $10,000.

Many taxpayers are still unaware of the requirement to report foreign accounts and file FBARs. There are tens of millions of dual nationals, foreign born Americans and resident aliens (green card holders), that simply don’t understand the FBAR regulations. Usually these folks have accounts in their native countries while others, however, made a conscious decision to open an account in an offshore entity.

According to the Reuters story, banks already under investigation may enter into deferred prosecution agreements. All 300 Swiss banks, however, are seeking a global settlement. Banks believed to already be under investigation include Clariden Leu, Basler Kantonbank, Credit Suisse and Julius Baer.

The oldest private Swiss bank Wegelin closed its doors after pleading guilty earlier this year to U.S. criminal charges related to unreported Swiss accounts. Bank Frey, another well known Swiss bank, closed a year later because of the IRS. Over a dozen Swiss bankers have also been prosecuted. Those prosecutions and the current investigations are fueling the desire of the Swiss to find a global resolution and end the prosecutions.

The IRS has certainly gained the attention of the Swiss banks but will they change? Our guess is no.

The IRS Whistleblower Program pays cash rewards to people with inside information about offshore tax fraud. If you have personal knowledge of a person or business that is failing to report income, failing to report offshore financial assets or to pay taxes, you might be eligible for a reward. The IRS can pay up to 30% of what is collected from wrongdoers. That includes tax plus interest and penalties.

In the short term, many banks will be forced to turn over a few names. But we don’t see the industry becoming transparent overnight. There will always be a haven for tax cheats and that means the need for IRS whistleblowers.  From unfiled FBARs to the unreported brokerage accounts, we are ready to help you collect a reward.

For years our law firm was the exclusive legal services provider to the CPAmerica organization for foreign reporting issues meaning we were the lawyers that other professionals turn to with questions.

For more information, visit our offshore tax fraud whistleblower page. Ready to see if you qualify for a reward? Contact attorney Brian Mahany online, at or by telephone at (202) 800-9791. All inquiries are protected by the attorney – client privilege and kept in strict confidence. Whether you hire or us or not, we will gladly discuss your options at no cost and without obligation.

With all 300 Swiss banks agreeing to cooperate with the IRS, why are whistleblower so important? Because banks lie or least withhold information.

In December 2013, Banque Bonhôte & Cie SA agreed to cooperate in the Justice Department’s non prosecution agreement program for Swiss Banks. It later paid a fine of $624,000 in 2015 and agreed to turn over information on American account holders. That should have been the end of things.

We learned on July 18, 2019 that Banque Bonhôte wasn’t completely forthcoming in its earlier disclosures. Now it must pay an additional fine of $1.2 million.

Banque Bonhôte is one of tens of thousands of banks around the world. For every bank that comes clean, another goes dirty. (Some banks such as Wells Fargo and HSBC seem to always be in trouble.) Whether a US bank, Swiss bank or a bank in the Caribbean, someone is always looking to turn a blind eye to unclean or untaxed money.

In our opinion, some banks will only pay when they get caught. For them, the fine is simply a cost of doing business and often the fines are less than the illegal profits they made in the activities where they were not caught. That means plenty of opportunities for offshore IRS whistleblowers. (Remember, most IRS whistleblowers can remain anonymous.)

Remember, visit us online  or by email .

Need more information? Our Due Diligence blog has a search engine located in the upper right hand corner. For more information on specific tax topics, just click the tax tab or type in the name of a particular tax topic such as “foreign accounts”  or “FBAR” in the search bar. We have posted hundreds of informative articles on our site.