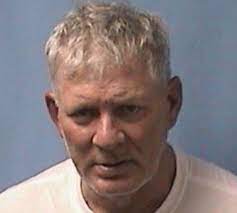 Lenny Dykstra – from Baseball Legend to Conman. Before You Invest Always Do Your Own Due Diligence.

My early legal career was spent in the metropolitan New York City area. At about the same time I began practicing law, Lenny Dykstra began playing for the New York Mets.  A phenomenal hitter, Dykstra was well loved in New York – even by rival Yankees fans.  After retiring from baseball, he became a financial adviser. Today he is headed to prison for grand theft auto.

Dykstra’s free fall from successful businessman to felon serves as a warning to everyone of how quickly fortunes can change. For people looking to invest their hard earned money, it also serves as a reminder to always perform your own due diligence and research before you invest.

According to published reports, in September 2008 Dykstra started a magazine called Player’s Club hoping to sell financial services to athletes. Less than 1 year later stories began circulating that he writing bad checks and engaged in credit card fraud. By the summer of 2009 he had filed bankruptcy listing tens of millions of dollars worth of debt and almost no assets. News reports say that he was living out of his car.

Normally, a bankruptcy offers debtors a fresh start but in Dykstra’s case he was charged with criminal bankruptcy fraud. According to an affidavit obtained from the court, the attorney for the United States Bankruptcy Court trustee learned from pawn and consignment shops that Dykstra showed up with a UHaul filled with furniture and valuable artwork taken from his home after he filed bankruptcy.

An FBI affidavit also says that Dykstra lied about the missing property. He claimed his housekeeper’s son stole the objects, however the stores’ owners and housekeeper say otherwise. He also never reported the alleged theft – most people that lose a million dollars worth of valuables would immediately report such a loss.

An FBI agent said that he tracked down many of the goods that Dykstra had claimed were stolen. Those goods were instead sold to a pawn shop or sold on eBay by Dkystra himself or someone working on his behalf.

Dykstra’s lawyers later attempted to get the charges dismissed. When that failed, Dykstra pled guilty to three counts f bankruptcy fraud and money laundering. He was sentenced to six and half months in prison.

Bankruptcy fraud may have been the least of his problem, however.  In a separate case he was sentenced to 3 years in a California state prison for grand theft auto.

After his release from prison, it appears the government sought to garnish the profits from publication of a book written by Dykstra. He was also sued in New York by a person claiming to be a ghostwriter.

In 2018 it appears he was indicted in New Jersey for terroristic threats and possession of methamphetamine and cocaine. Police say Dykstra got in an altercation with an Uber driver. (He later pled guilty to disorderly conduct.)

Even as recently as 2021, the feds are still pursuing him for monies taken in the bankruptcy fraud. In January the government sought to take monies owed to Dykstra from the Major League Baseball player’s pension plan.

There are no suggestions that Dykstra ever hurt any financial services clients. That someone could so easily get into that business in the first place is the scary part. Although the Financial Industry Regulatory Authority (FINRA) does not show him holding any securities licenses, there are many ways that people in that industry sell investments – some legal and some not.

No one can ever take away from Lenny his ability to catch and hit a baseball. He was a great player. Athletic skills, however, don’t qualify someone to sell investments. That’s not the only lesson in this sad story, however.

When trouble strikes, a person or brokerage firm can quickly fall from grace. One need only look at the rapid collapse of MF Global last year. One day the firm is the darling of Wall Street, the next day it is literally taking money from customers’ accounts in a failed effort to remain solvent. If the media reports are accurate, Dykstra’s financial empire unravelled very quickly as well.

The real lesson is to always do your own due diligence before you invest. Google, SEC and FINRA’s BrokerCheck searches are free and easy. Find out if your stockbroker or agent is licensed and check if there are any unresolved complaints.

It’s clear today that Lenny Dykstra has fallen on hard times. Immediately after his retirement from baseball, however, his reputation was better. Simply because an athlete can hit a 100 mph fastball doesn’t mean they have any skills at managing money, however. Part of any due diligence review should be finding out the person’s skills in investing. Unfortunately we often see where professional athletes get in trouble when they retire and start selling investments. (Other athletes are frequently their victims!)

If you are a victim of investment fraud or feel you were hurt by a financial professional (stockbroker, investment adviser, financial planner or even an accountant or lawyer), call us. The fraud recovery lawyers at Mahany Law have recovered millions of dollars for fraud victims.

For more information, visit our investment fraud recovery page. Ready to see if you have a case? Contact attorney Brian Mahany online, by email or by phone 202-800-9791. All inquiries are strictly confidential. Most services can be handled on a contingent fee.

Mahany Law – America’s Fraud Recovery Lawyers. We proudly help fraud victims anywhere in the United States. Minimum loss amount is $1 million ($100,000 if the wrongdoer is a stockbroker or other licensed professional).