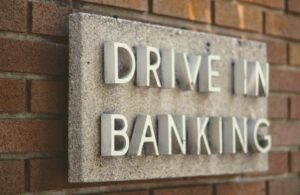 [2021 Ed. note: This post is printed from Global Wealth Protection LLC. GWP is a provider of offshore asset protection. If you enjoyed reading this post, consider subscribing to their newsletter or attending their program Global Escape Hatch beginning on September 19th in Panama. Details are on their website.

I reprinted this piece because of the comments on Bank of America. Around our office, we refer to BOA as the Death Star. Currently we have multiple complaints of fraudulent foreclosures and loan modifications. Most cases against BOA settled with a nondisclosure agreement meaning the parties can’t discuss them.

Periodically we cull old posts from our site. And this one is now almost a decade old. Yet many of the same problems plaguing our financial system are still here a decade later. Today Wells Fargo and HSBC seem to be the two bad boys of the “Too Big Too Fail” club but Bank of America certainly hasn’t earned its wings.

The battle between good and evil never ends. But that doesn’t mean we should just give up. There are new tools to help those who are sick and tired of the greed and corruption within the financial world. These tools allow ordinary financial services workers to earn cash rewards for reporting misconduct.

Passed by Congress in 1989, the Financial Institutions Reform, Recovery and Enforcement Act was originally intended to go after companies that defrauded banks and to prosecute corrupt bank officers as well. New court cases say that the law can be used to prosecute bad banks as well. And new amendments to the law allow folks with insider information about bank fraud to collect rewards in banking misconduct cases of up to $1.6 million.

The new AMLA passed on January 1, 2021 pays rewards for inside information about bank money laundering violations. Unlike FIRREA, there is no cap. Rewards are based on a percentage of whatever penalties are collected from the offending bank. With several 9 figure AML settlements, we expect rewards to be huge.

Most banks are publicly held. Ditto for many mortgage companies too. And brokerage firms are directly regulated by the SEC. All of these companies can be subject to SEC whistleblower rewards. We recently filed a case resulting in a large SEC fine against a financial services company for ignoring Bank Secrecy Act violations.

Banks and other financial institutions will always find new ways to commit fraud. Thankfully there are new whistleblower reward programs to help ferret out that fraud.

A Message of Hope From The Proverbial Cockroach

“When it becomes serious you have to lie”. Now if you were conducting a job interview and someone said that to you, would you hire them on the spot? Yet here we are living in a world where the Prime Minister of Luxembourg and the man that regularly chairs meetings of Eurozone finance ministers makes a public statement such as that to reporters.

Jean-Claude Juncker is the proverbial cockroach that old time market watchers refer to. There is never just one! Since the global financial crisis officially began in the public’s consciousness in October of 2008, the dominoes have fallen relentlessly. Major financial institutions that survived the great depression have been eviscerated in the greater depression. Lehman and Bear being two of the first to go.

Markets around the world plunged on a daily basis. Traders literally threw themselves out of windows. Main street sold along with Wall Street. Mutual fund redemptions set records week after week. The S&P hit an ominous 666. Something must be done! And done it was.

The largest financial fraud in the history of the world continues to get larger and larger. Tarp I was 787 Billion dollars and was passed without most if not all of congress even reading half of the justification for the urgency of the bill. Some things never change and yet somehow – very very slowly – the world is coming to some realizations.

One realization is that just because our hopelessly inept Department of Education no longer teaches real history or physics, it doesn’t mean in the very near future these two subjects aren’t going to clash like Axis and Allied forces. You see what goes up really must eventually come down.

The history of paper money and government promises is crystal clear. Neither are very good long term investments because their intrinsic value is zero. That is they hold no long term value. Every adult on earth capable of intellectual thought is able to understand that basic core tenet.

But despite looking down the barrel of that gun, what actions do they take? Usually nothing at all. What an amazing aberration of psychology! Normalcy bias is indeed a powerful thing. Just in the last 12 months, millions of people around the world had no access to their money for days at a time at some of the largest banking institutions in the world.

Bank of America, Royal Bank of Scotland, Sberbank of Russia, and Unicredit of Italy just to name a few of the largest.

These problems are always blamed on electronic “glitches”. Does it sound right to you that millions would have no debit card services because of a “glitch”? If it does, please stop reading and go take your rightful place in the unemployment line!

Bank of America’s “glitch” occurred at the same time the bank’s debt portfolio of underwater mortgages received yet another downgrade from the credit rating agencies. It seems their financial counter-parties around the world got nervous enough to limit daily transactions conducted with Bank of America.

To solve this during the “glitch” they simply backstopped their enormous debts by posting collateral. That collateral just happened to be their deposit base!

In other words, millions of ma’s and pa’s around the country had no idea the money they legally earned is essentially being used to keep another zombie bank alive.

Bank of America’s stock was trading under 5 dollars at the time all this was going on. That is Wall Street code for “bankruptcy or acquisition imminent”.

FDIC chair Sheila Blair was none too happy as she knows very well the drastic step Bank of America took to keep its counter-parties happy; putting over 1 Trillion dollars of average Joe Public’s depositor money at risk.

For context, consider at any given time the FDIC has roughly 50 Billion on hand to operate with a supposed emergency congressional authorization of 500 Billion more for a true run on banks. Less than half of what one financial institution would need just for Bank of America.

Any good prosecutor understands that the harder and faster the denials come, that usually means there is a good reason for the denial! In that context consider the acronym – PIIGS – that has been with us now for years. PIIGS refers to the highly indebted countries of Portugal, Ireland, Italy, Greece, and Spain.

Of the 5, all but one have now officially asked for bailout funds from the myriad European “Financial Stabilization” mechanisms. Without question, Italy will be next. The denials keep coming faster and faster.

Apparently Mr. Juncker is not alone in his thought process. The yield you pay on your bloated debt load has a nasty habit of rising when any truth comes to light. Just ask Greece.

And yet the country with the biggest debt load in the history of the world is still able to borrow for 10 yrs at roughly 1.6%!!! Uncle Sam is still the world’s reserve currency and for now still the largest and most liquid market.

Can you connect the dots? Or are you going to hold onto your paper government promises and believe that elected officials in the most corrupt country on earth really do have your best interest at heart and everything is just going to be peachy?

What a great irony that the military might and printed paper money that began to end the depression in 1941 is now accelerating us back into an even greater depression in 2012. The infamous Roman empire learned the hard way what debt and over-expansion can do to even the largest powers.

With military bases in 137 of 161 countries worldwide and official US debt now north of 16 Trillion dollars history is repeating. These debts will never be repaid. We recently got even more official confirmation of this fact when our largest creditor – China – was granted the ability to no longer report their Treasury holdings publicly.

To summarize: 1) Constant lies by all developed nation “leaders” 2) Continual Financial Contagion 3) Exponentially larger debt loads in all developed nations since 2008. Hold real money (gold and silver) outside the system now or cry yourself a river later.