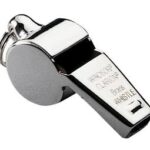 Not Every Whistleblower Has an Easy Time

Whistleblowers are true heroes – their actions save taxpayers billions of dollars each year, help struggling homeowners and sometimes even save lives. The road can be a bit lonely however. This post looks at the story of Kyle Lagow, a former real estate appraiser with Countrywide Financial (now Bank of America). Lagow was recently awarded $14.5 million by a Brooklyn federal court judge. While the case was pending, however, his life was very different.

According to published reports and court records, Lagow was a self-employed real estate appraiser. As his company grew, his business was acquired by Countrywide.

Appraisers are critical to the lending process. Banks need to insure that the property they are financing is worth at least what they are lending. That model worked for years but over time, banks stopped keeping the loans they made and began selling them.

The system works properly only if the appraisals are accurate. Countrywide, however, became greedy. According to a whistleblower suit filed under the federal False Claims Act by Lagow, Countrywide pressured their appraisers to inflate the value of the home. That was good for Countrywide but a disaster for both homeowners and taxpayers who were left footing the bill when the market crashed.

By artificially inflating the value of homes, Countrywide helped create the huge spike in housing prices back in the mid 2000’s. Obviously those inflated prices couldn’t last and ultimately the market crashed.

Homeowners were left underwater on their mortgages with no way of selling for what they owed and taxpayers had to pay billions when investors sought to collect from the Federal Housing Administration.

According to Reuters, Lagow first tried to tell his superiors at Countrywide that what they were doing was wrong. Nothing ever happened to Lagow’s internal complaint and he was fired shortly thereafter when Bank of America acquired Countrywide.

Lagow then sought legal help from a law firm specializing in whistleblower cases. Ultimately he filed a complaint under the False Claims Act and waited. That waiting paid off earlier this year when he was awarded $14.5 million.

Whistleblower cases are filed under seal meaning they are secret. Once filed, the government is given 60 days to investigate the case, although the court routinely extends that period to 6 months or more. While under seal, the whistleblower is not able to discuss the case with anyone except his or her lawyer and the government. Even the target of the case (usually the whistleblower’s present or former employer) isn’t told of the suit.

Ultimately, the government decides whether or not to intervene and take over the suit. Once that decision is made, the case becomes unsealed and is public.

Lagow was suffering thyroid cancer when fired. Once let go, he had tremendous difficulty paying bills while out-of-work. Amazingly, many employers simply haven’t figured out that whistleblower claims rarely come from happy employees. Lagow brought his complaint after he was fired.

Although the $14.5 million “thank you” check from Uncle Sam probably solved many of Lagow’s problems, for three long years Countrywide made him suffer.

Congress recognized that some employers might retaliate and added powerful anti-retaliation to the False Claims Act. Now anyone who is fired or demoted or otherwise harmed simply for being a whistleblower can receive double damages and attorney’s fees. The legal fees provision is important because it encourages lawyers to take on these cases.

Even if you ultimately never receive a reward, you may still be entitled to the law’s anti-retaliation provisions.

Some law firms like to sugarcoat the issue of retaliation. We wish we could say that no company ever retaliates against whistleblowers but that simply isn’t true. In our experience, it is more common for whistleblowers to be placed on paid administrative leave than fired. When the case is over, the whistleblower’s lawyer and employer can often agree on a separate severance package. (Although the law provides for reinstatement, most whistleblowers don’t want to go back. They would rather have a buyout and seek employment in a better company.)

There are many cases of abuse within the lending industry, particularly by the big banks and lenders. Lagow’s case was one of a handful of whistleblower cases that were adopted by federal prosecutors. When this post was first written in 2012, our firm presently had the then largest pending whistleblower case against a bank; HUD’s $2.4 billion suit against mortgage giant Allied Home Mortgage. Since then, we helped the government obtain $16.7 billion in relief from Bank of America (December 2014).

If you were an appraiser, branch manager, underwriter or quality assurance person at a lender and know of illegal activity, you may have a claim. The False Claims Act requires that there must be some harm or loss to the government. In the case of home mortgages, that’s usually pretty easy to find since the government backs so many mortgages.

To be a whistleblower, you must also be an original source of information. Having personal knowledge of the illegal conduct works, reading about it in the paper does not.

The fraud recovery lawyers at Mahany & Ertl proudly represent whistleblowers. Although not every case can be like Kyle Lagow’s case or our billion dollar plus case against Allied, every case is important to us. To learn more about retaliation, visit our whistleblower retaliation information page. To see if you qualify for a reward, contact attorney Brian Mahany online, by email at or by telephone at (202) 800-9791. All inquiries are protected by the attorney – client privilege and kept in strict confidence.