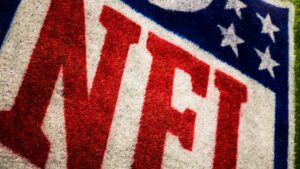 NFL Players Claim They Were Ripped Off by Lawyer

[Post Updated] Taxes are complicated.  During a recent trial we asked all of the IRS agents in attendance if any of them had ever read the entire tax code. Not one had.  With thousands of forms and tens of thousands of pages of statutes, rules and regulations, it’s no surprise that individuals and business owners often need to seek the advice of tax lawyers or CPAs. Most of that advice is good but even professionals make mistakes. Kansas City Chiefs quarterback Kyle Orton and says that Chicago law firm Chuhak & Tecson made a big mistake and he is suing them for millions of dollars.

Orton says he and other NFL players relied on the law firm for tax advice. According to the complaint, the players invested in a complex oil and gas deal that was supposed to offer tax credits. When the credits didn’t materialize, Orton sued. He claims that the lawyers were negligent and misrepresented the tax implications of the investment. He says he relied on their bad advice when making the investment.

The good news is that most financial professionals have malpractice insurance.  It does not hurt, however, to ask your tax professional if he or she is insured before you rely on their advice.

Orton is seeking to make his suit a class action complaint. His lawyers says that approximately 20 players were misled and that the losses stemming from the bad advice could reach $10 million. Let’s hope there is enough insurance coverage in case they are found to be negligent.

Chuhak & Tecson has not yet released a public statement to our knowledge. According to their website, they employ some of the lawyers in Chicago.

Orton’s losses were caused by supposed bad investment and tax advice. Accounting malpractice isn’t limited to bad investment decisions, however. Financial professionals can also make many other mistakes. Presently we are seeing a wave of litigation caused by the disallowance by the IRS of most section 419, 412 and other welfare benefit plans. Many lawyers and accountants “blessed” these transactions without knowing that the IRS calls these plans abusive tax shelters.

Update: Since the lawsuit was filed, the lawyer who allegedly provided the bad tax advice, Gary Stern, was indicted in 2014 for obstruction of the IRS and five counts of making false statements. He pleaded guilty in 2017 to two felony counts of aiding and assisting in the preparation of a false tax return.

At his sentencing, Stern pleaded for mercy. His lawyer told the judge,

“Mr. Stern now stands before this Court a broken man. He is extraordinarily humbled and contrite, deeply ashamed with himself; that his actions have not only affected his life, but also the lives of those he loves and cares for most. Since federal charges were filed against him, his life has been consumed with anxiety, regret, and anguish as he has waited for his time before this Honorable Court for judgment. He has suffered as his hard-earned law practice has ceased to exist. He has seen the direct impact of his decisions; decisions he knows were unnecessary and could have been avoided but instead were implemented by his clouded judgment.”

Stern was sentenced to 18 months in prison but that wasn’t the end of the civil lawsuit. By the time of his guilty plea, twenty NFL players including former NFL stars Terrell Owens and Ray Lewis were suing Stern’s former law firm saying they had lost millions.

If you believe you suffered a financial loss of $250,000 or more, call us. Anywhere in the U.S., we can probably help. Most cases can be handled on a contingent (“success”) fee basis.

For more information, contact attorney Brian Mahany online by phone at 202.800-9791 or by mail at . All calls are strictly confidential.

Mahany Law – America’s Fraud Lawyers.  We are a national boutique practice with lawyers throughout the United States. Our headquarters in Milwaukee, Wisconsin.  Services available in most cities and states.

Ed. Note: Although this post is maintained and updated, new accounting and legal malpractice information can be found at our sister website, U.S. Legal Malpractice.

[Photo credit:Photo by HENCE THE BOOM on Unsplash]