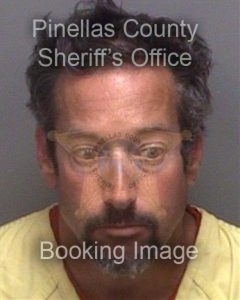 Neil Smalbach Had His Securities License Suspended in 2008 but Insurance Regulators Wouldn’t Take His Insurance License Until After He Was Convicted of Ripping Off Elderly Investors… in 2013! Why Does It Always Seem Like Stockbrokers Who Lose Their Securities License Can Sell Investments as Insurance Agents for Years Longer?

[Updated 2020] Unfortunately the financial services industry attracts fraudsters and scam artists like sh*t attracts flies. If you have money, rest assured there are plenty of criminals out there who want to take it from you. Thankfully, the securities industries does a fair job of policing its own. At least those who are registered with the SEC or Financial Industry Regulatory Authority (FINRA). Some startling reports, however, reveal that those who lose their license to sell securities sometimes continue to sell investments by relying on state issued insurance licenses.

InvestmentNews Daily and the St. Petersburg Times recently ran feature stories examining stockbrokers who lost their license because of fraud but were able to continue fleecing clients by utilizing their insurance licenses.

In one instance, Neal Smalbach had his securities license suspended back in 2008. According to FINRA’s BrokerCheck system, he was let go twice by brokerage firms. According to the InvestmentNews, he left with 37 pending complaints.

What did Smalbach do? I think we all know the answer.  He kept selling financial products and apparently defrauding his clients. A few years later Smalbach was finally charged with insurance fraud and organized fraud, each felonies in Florida.

In April 2013, two years after this post was first written, he was convicted and sentenced to seven years of prison. The judge also ordered him to pay millions in restitution. Unfortunately, jail birds rarely have any money either while in prison or once they are released. Only after his conviction did Florida finally yank his insurance license.

Most recently InvestmentNews wrote about Robert Morley. In 2006, Maryland barred him from selling securities. In 2016, the SEC barred him. Two years later in 2018 he was convicted of securities fraud in Kansas. Yet as of February 2020, he still has a license to sell insurance in Maryland.

When does it end?

Part of the problem is the poor communication between the various agencies. With over one hundred regulatory agencies nationwide, it’s hard to know what is happening in other states or jurisdictions. The industry largely relies on self-reporting – you are supposed to tell regulators if you have been charged or accused of wrongdoing. (That’s like asking someone on probation to tell his probation officer whenever he commits new crimes.) Self reporting only works with the honest professionals. (And yes, Morley is on probation for his securities fraud as of this writing yet licensed in Maryland.)

For years we have advised everyone to verify that the professional they are dealing with is properly licensed. It takes just a few minutes to check out securities professionals with BrokerCheck and the SEC plus it is online and free. Many states also have similar systems or a telephone number you can call for information.

Based on the recent stories of fraudsters simply using a different license, we suggest you check everyone out both locally through the state licensing authorities and nationally through BrokerCheck and the SEC. Just because someone tells you they are licensed by the Maine Insurance Commission, for example, doesn’t mean they didn’t lose a securities license for fraud.

We also suggest that you deal with larger, reputable firms. While there are many reputable independent agents, insurance and financial professionals that cold call prospects, meet outside of an office and have no firm or company behind them scare us. Even if they are not fraudsters, can they pay a claim if a they later make a mistake?

If you need any proof, take a look at Smalbach’s photo at the beginning of this post. Collecting anything from him after his release from prison will be difficult. At least if the agent or broker worked for a larger, reputable firm there would be a much ability to collect. [In most instances, employers are responsible for the misconduct of their agents.]

Today’s financial products are very complex. The lines between insurance and securities is very blurry if it even exists for many products.  For example, annuities are supposed to be sold only by those having a securities license but we know of improperly licensed insurance agents selling these products.

Trusting your money to a relative stranger requires a huge leap of faith – be very careful and don’t rely on the fact that they claim to have a license. Make sure they don’t have any skeletons in their closets before you invest a penny.

Mahany Law is a full service, national boutique law firm concentrating in whistleblower cases (qui tam actions) and fraud recovery. If you are the victim of a financial fraud or bad advice from a stockbroker or insurance agent, call us. All inquiries are protected by the attorney – client privilege and kept confidential. In most instances, cases can be handled on a contingent fee basis. For more information, contact attorney Brian Mahany online, by email or by phone (202) 800-9791.

We also encourage you to visit our investor and fraud recovery information page.

Five men are behind bars after being convicted of blatant fraud against taxpayers and the United States. According to court … END_OF_DOCUMENT_TOKEN_TO_BE_REPLACED