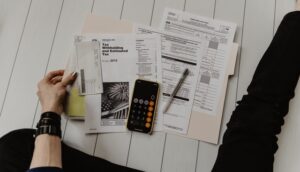 Abusive Tax Shelters and Other Scams

[Updated through 2021][Ed. Note – the following guest post is by Lance Wallach. The post originally appeared in Accounting Today on July 1st of this year and is being reprinted here at the request of its author.

In his post, Lance details the dangers faced by accountants and others who prepare returns that involve abusive tax shelters. Our law firm has successfully sued a number of insurance agents, stockbrokers and others who sold these plans. Frequently these financial professionals did not know what they were selling or simply didn’t care and were motivated by high (and often hidden) commissions. Whether by negligence or greed, financial professionals can be held responsible for recommending or providing a favorable tax opinion on these plans. Common abusive tax shelters include a variety of welfare benefit and captive insurance plans including so-called 419 and 412(i) plans.]

We also assist whistleblowers and help them receive the maximum rewards allowed by law.

More on what we can do to help victims of these tax shelter schemes and whistleblowers who want to report these scams appears after Lance Wallach’s guest post.

Accountants, insurance professionals and others need to be careful that they don’t become what the IRS calls material advisors. If they sell or give advice, or sign tax returns for abusive, listed or similar plans they risk a minimum $100,000 fine. their client will then probably sue them after having dealt with the IRS.

In 2010, the IRS raided the offices of Benistar in Simsbury, Conn., and seized the retirement benefit plan administration firm’s files and records. In McGehee Family Clinic, the Tax Court ruled that a clinic and shareholder’s investment in an employee benefit plan marketed under the name “Benistar” was a listed transaction because it was substantially similar to the transaction described in Notice 95-34 (1995-1 C.B. 309). This is at least the second case in which the court has ruled against the Benistar welfare benefit plan, by denominating it a listed transaction.

The McGehee Family Clinic enrolled in the Benistar Plan in May 2001 and claimed deductions for contributions to it in 2002 and 2005. The returns did not include a Form 8886, Reportable Transaction Disclosure Statement, or similar disclosure. The IRS disallowed the latter deduction and adjusted the 2004 return of shareholder Robert Prosser and his wife to include the $50,000 payment to the plan.

The IRS assessed tax deficiencies and the enhanced 30 percent penalty under Section 6662A, totaling almost $21,000, against the clinic and $21,000 against the Prossers. The court ruled that the Prossers failed to prove a reasonable cause or good faith exception.

In rendering its decision, the court cited Curcio v. Commissioner, in which the court also ruled in favor of the IRS. As noted in Curcio, the insurance policies, which were overwhelmingly variable or universal life policies, required large contributions relative to the cost of the amount of term insurance that would be required to provide the death benefits under the arrangement. The Benistar Plan owned the insurance contracts. The excessive cost of providing death benefits was a reason for the court’s finding in Curcio that tax deductions had been properly disallowed.

As in Curcio, the McGehee court held that the contributions to Benistar were not deductible under Section 162(a) because the participants could receive the value reflected in the underlying insurance policies purchased by Benistar—despite the payment of benefits by Benistar seeming to be contingent upon an unanticipated event (the death of the insured while employed). As long as plan participants were willing to abide by Benistar’s distribution policies, there was no reason ever to forfeit a policy to the plan. In fact, in estimating life insurance rates, the taxpayers’ expert in Curcio assumed that there would be no forfeitures, even though he admitted that an insurance company would generally assume a reasonable rate of policy lapse.

Companies should carefully evaluate their proposed investments in plans such as the Benistar Plan. The claimed deductions will be disallowed, and penalties will be assessed for lack of disclosure if the investment is similar to the investments described in Notice 95-34, that is, if the transaction is a listed transaction and Form 8886 is either not filed at all or is not properly filed. The penalties, though perhaps not as severe, are also imposed for reportable transactions, which are defined as transactions having the potential for tax avoidance or evasion.

Insurance agents have been selling such abusive plans since the 1990’s. They started as 419A(F)(6) plans and abusive 412i plans. The IRS went after them. They then evolved to single-employer 419(e) plans, which the IRS also went after. The latest scams may be the so-called captive insurance plan and the so-called Section 79 plan.

While captive insurance plans are legitimate for large corporations, they are usually not legitimate for small business owners as a way to obtain a tax deduction. I have not yet seen a legitimate Section 79 plan. Recently, I have sent some of the plan promoters’ materials over to my IRS contacts who were very interested in receiving them. Some of my associates are already trying to help defend some unsuspecting business owners who are being audited by the IRS with respect to these plans.

Similar, though perhaps not as abusive, plans fail after the IRS goes after them. Niche was one example. The company first marketed a 419A(F)(6) plan that the IRS audited. They then marketed a 419(e) plan that the IRS audited. Niche, insurance companies, agents, and many accountants were then sued after their clients lost their deductions, paid fines, interest, and penalties, and then paid huge fines for failure to file properly under 6707A. Niche then went out of business.

Millennium sold 419 plans through insurance companies. They stupidly filed for a private letter ruling to the effect that they were not a listed transaction. They got exactly the opposite: a private letter ruling saying that they were a listed transaction. Then many participants were audited. The IRS disallowed the deductions, imposed penalties and interest, and then assessed large fines for not filing properly under Section 6707A. The result was lawsuits against agents, insurance companies and accountants. Millennium sought bankruptcy protection after a lot of lawsuits.

I have been an expert witness in a lot of the lawsuits in these 419 plans, 412i plans, and the like, and my side has never lost a case. I have received thousands of phone calls over the years from business owners, accountants, angry plan promoters, insurance agents, and other various professionals. In the 1990’s, when I started writing for the AICPA and other publications warning about these abusive plans, most people laughed at me, especially the plan promoters.

In 2002, when I spoke at the annual national convention of the American Society of Pension Actuaries in Washington, people took notice. The IRS chief actuary Jim Holland also held a meeting similar to mine on abusive 412i plans. Many IRS agents attended my meeting. I was also invited to IRS headquarters, at the request of the acting IRS commissioner, to meet with high-level IRS officials and Treasury officials to discuss 419 issues in depth, which I did after the meeting.

The IRS then set up task forces and started going after 419 and 412i plans. I have been profusely warning accountants to properly file under 6707A to avoid the large fines, but most do not. Even if they file, if they make a mistake on the forms, the IRS will fine them. Very few accountants have had experience filing the forms, and the IRS instructions are complicated and therefore difficult to follow. I only know of two people who have been successful in properly filing the forms, especially after the fact. If the forms are filled out incorrectly, they should be amended and corrected Most accountants call me a few years later when they and their clients get the large fines, either after improperly filling out the forms or failing to fill them out at all. Unfortunately, by then it is too late. If they don’t call me then, then they call me when their clients sue them.

Lance Wallach is a frequent speaker on retirement plans, financial and estate planning, and abusive tax shelters, and writes about 412(i), 419 and captive insurance plans.

* Mahany Law is not affiliated with Lance Wallach or his firm. We have not verified the information contained in his guest post.

Were You Scammed by an Accountant or Sold and Illegal Tax Shelter?

As Mr. Wallach points out, there are many fraudulent tax shelter and captive insurance schemes out there. Often the promoters of these schemes arm themselves with phony legal opinion letters and slick advertising brochures. To help sell their products they enlist accountants, financial planners and insurance agents. Only when the IRS audits the scheme and imposes huge penalties do the participants in these programs realize they have been scammed.

Many of the welfare benefit plans, tax shelters and captive insurance plans sold over the last decades are considered abusive tax shelters. For 2020, the IRS has said that micro captive insurance schemes remain one of its top 10 enforcement priorities. Some of these products are so bad that the IRS calls them a listed transaction. If you have such a product and don’t tell the IRS you could face additional penalties of $100,000 or $200,000 per year! That is in addition to the traditional penalties levied by the IRS.

Suing the promoter is always a possibility but usually their money is long gone. Often the promoter is in the wind. Unless the tax shelter was being promoted by a law firm, there is often no insurance to cover any losses. The financial planner or insurance agent who introduced their client to the plan or the accountant who blessed it may still be liable for any losses, however.

Our team of fraud recovery lawyers may be able to help you recover your losses including any IRS penalties you may be ordered to pay. To learn more, contact us by email , online or by phone 202-800-9791. Cases accepted nationwide.

Lance Wallach assists folks comply with the tax laws. Our firm prosecutes those who attempt to evade taxes. Congress authorized the IRS to pay cash rewards to those who step forward and report tax cheats. Some of the highest whistleblower rewards in the United States have been under the IRS Whistleblower Program.

To learn whether you may be eligible for a cash reward, visit our IRS and Offshore Tax Fraud whistleblower reward information pages.

Rewards are available for many forms of tax fraud including:

Rewards are typically between 10% and 30% of whatever the IRS collects from the wrongdoer and include interest and penalties. Although the IRS Whistleblower Program cannot guarantee that you will remain anonymous, rewards are typically confidential and ant-retaliation protections are available.

If you know of a company committing tax fraud, contact the MahanyLaw Tax Fraud Whistleblower Team for a no-fee, absolutely confidential, consultation: 202.800.9791 or by email at . All inquiries kept strictly confidential. You do not have to be a U.S. resident or citizen to collect a reward.

[Photo by @kellysikkema on Unsplash]