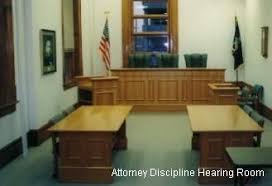 As a lawyer concentrating in asset recovery and professional negligence (malpractice), I have encountered many stories of Ponzi schemes, frauds, theft and hundreds of tales of Wall Street greed. Sometimes the perpetrators of these frauds and scams are judges and lawyers. Thankfully those stories are rare but they do happen.

Unless we are the victim, most people today have become immune to stories of economic crime. Every day there is another story of a politician, banker or stockbroker stealing. So much so that we hardly notice. Some cases, however, are simply bizarre. The following three recent stories are culled from the media.

First, in New Jersey, Elwood Waltzer, a lawyer and former regulator with the New Jersey Department of Human Services was reprimanded by the N.J. Supreme Court for stealing from a blind vendor 14 times.

After learning of complaints of missing merchandise, cops set up a video surveillance of the blind man’s concession stand. Waltzer was caught on camera 14 different occasions stealing food. Waltzer’s defense? He claims the vendor was cantankerous and often couldn’t make change.

The censure doesn’t seem like much punishment but Waltzer lost his job and agreed to give up future state employment. He also paid the vendor $1200. That’s a lot of food and a lot of money for a blind person struggling to make ends meet by vending food. Unfortunately the light punishment sends the wrong message to the public. 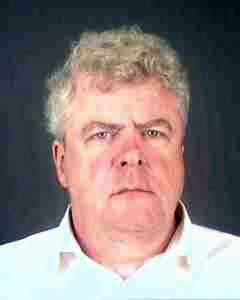 Across the Hudson River, New York authorities reportedly arrested another government lawyer. This time for making threatening and racist phone calls. James Hennessey Jr, a lawyer earning $104,080 per year with the New York Department of Civil Service, made an anonymous telephone call and threatened to kill a black woman. Days later he threatened to “kidnap the little black boy who plays outside.” The FBI traced the calls.

Hennessey was sentenced to 1 to 3 years for his crime. The disgraced lawyer tried to argue his behavior was a “teenage prank thing.” The court wasn’t amused by the comparison. Judge Stephen Herrick said, “Your hate crimes were repeated to various victims. You terrorized them. You terrorized aspects of your neighborhood, of the community, of the city of Albany.”

Hennessey was later able to get the conviction vacated but his attempts to overturn his subsequent disbarment were unsuccessful.

Across the country in Phoenix, a hearing officer with the Arizona Supreme Court recommended that lawyer Charna Johnson be suspended from the practice of law and placed on probation. The state bar thinks the punishment is too lenient, however, and is reportedly asking her to be disbarred.

What did Charna do? She told a client that the client’s recently deceased wife was inside her and that she was able to “channel” communications from the dead. She apparently also asked to have sex with the recent widower. Nonsense, says Charna. That was simply the client’s dead wife inside her that was doing the talking.

In 2011, the Supreme Court of Arizona suspended Johnson for 1 year. The conservative TownHall.com also says Johnson “represented [a] client in a divorce proceeding and drafted a will, leaving all the assets for herself.”

Although there is a certain amount of gallows humor in these stories – “how low can they go” – there are many bad lawyers out there and the stories are anything but funny to the victims.

Some lawyers are simply petty criminals with a good education like Waltzer and Hennessey. Others appear to have psychological problems. Most, however, are either grossly incompetent or greedy. Shoddy legal work, false billing and attempting to represent both sides in a dispute (conflicts of interest) happen all too frequently.

Whatever the cause, when lawyers turn to crime, the clients and public both suffer. Unfortunately the actions of a few bad lawyers taint the entire profession and undermine confidence in our justice system.

Sadly, when lawyers turn to crime, their malpractice insurance may not pay victims. Most professional negligence penalties exclude intentional acts and criminal behavior. Making a mistake is covered by insurance but stealing from clients or making terroristic threats is not.

The public often thinks that filing a “bar complaint” is the cure for every wrongdoing by a lawyer. It’s not. If you lost money because of the negligence of a lawyer, you probably need to file a lawsuit. In many states, the time to sue lawyers is quite short. Sometimes as short as 12 months.

If the lawyer acted unethically or criminally, a bar complaint is the better option. The bar grievance (disciplinary) process can insure a dishonest or troubled lawyer either gets help or never practices again.

If you have been victimized by any type of professional, don’t be embarrassed. Be angry. At Mahany Law, we concentrate in asset recovery and fraud recovery cases. This includes legal malpractice, professional negligence and stockbroker and bank fraud. We urge victims of bad lawyering to visit our legal malpractice sister site.

Finding a lawyer to sue another lawyer can be difficult. Especially if you are looking for a lawyer to sue a local lawyer. Don’t be discouraged. That is why many law firms that handle legal malpractice welcome cases out of the area.

Want to know if you have a case? Contact attorney Brian Mahany for an informal, no fee consultation. Brian can be reached online, by email at or by phone (414) 704-6731. All inquiries are protected by the attorney – client privilege. Our services are available nationwide.

Note: We sue lawyers where there is a loss of $500,000 or more. If you are close to that figure, contact us anyway. If we can’t help we may know someone who can.