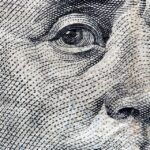 Best Selling Author on Financial Advice and Fraud Charged with Fraud? Who Is Watching Your Money??

In January I wrote a piece titled “Do You Know Who Is Handling Your Money?”  That piece discussed how TV star Willie Adams (star of reality television show “Broke and Famous”) was now licensed to be a financial planner. Willie isn’t alone.

The newest entrant in my personal “Hall of Shame” is Kevin Trudeau.

Trudeau authored “Debt Cures: ‘They’ Don’t Want You to Know About.” Unfortunately. Mr. Trudeau has things he does not want you to know about either.

According to published reports, before writing self help personal finance books, Trudeau was charged with multiple counts of felony credit card fraud. Apparently he defrauded American Express out of $122, 735. This sum doesn’t include money swindled from Chemical and Citibank. Nor does it include the many people who paid $14.95 for his advice. According to Amazon.com, Trudeau has sold “millions” of books.

In fairness to Trudeau, he may not be just another common thief. At sentencing, his own lawyer cited a psychiatric report indicating Trudeau was disturbed. Very disturbed – mixed personality disorder and emotional disturbances. I am not sure what “disturbed” means in psychiatric terms but it doesn’t sound like he is fit to provide financial advice.

According to Trudeau’s mother, prior to stealing from banks, Trudeau was president of the Junior Clowns of America.

Whether a clown, thief or just plain crazy, Trudeau has no business writing books on personal finance.  Before you rely on a book or TV star turned financial planner for advice, talk to your accountant, lawyer or banker first. And never be afraid to ask questions.

Hundreds of people each day are ripped off by bankers, lawyers, stockbrokers and professional money managers. Sadly, many people do not even though they have been swindled or don’t think there is any way to recover their money. Some are even too embarrassed to step forward.

Because we limit our practice to large financial losses, most of our clients are just like you. Successful and sophisticated. Anyone can be the victim of a financial fraud or scam.

Collecting from the wrongdoer can often be difficult if not impossible. That is especially true if the fraudster winds up behind bars. That doesn’t mean recovery is impossible, however. Lawyers often have malpractice insurance. Brokerage firms can be held responsible for the actions of their agents. And banks can sometimes be held responsible for the actions of criminals who use the bank as a way of facilitating the fraud.

If you have lost money one million dollars or more to bad legal or financial advice, give us a call. We may be able to get all or a portion of your money back. Anywhere in the country.

MahanyLaw is headquartered in Milwaukee, Wisconsin. We handle cases nationwide. Our asset recovery lawyers have represented clients in the U.S., Caribbean, South America, China, Europe, Africa and the Middle East. Call Brian directly online, at 202-800-9791 or by email at All inquiries are protected by the attorney – client privilege.