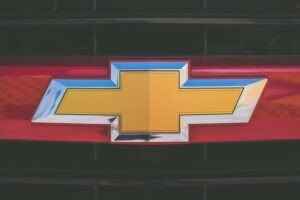 Exploding Takata airbags are old news. There is evidence that Takata knew that certain of their airbags were 6 times more likely to fail. In 2004, the company ran secret tests after an airbag exploded spewing deadly shrapnel into a driver’s face.

We can give the automakers a pass until this point. There is evidence that a Takata engineer, wrote an internal email that says, “Happy Manipulating!!!” The email references airbag safety test results. In another email he talks about methods of “dressing” up bad test data. But maybe the car companies didn’t yet know back then.

But the free pass given to auto makers ends on November 4, 2008. That is when Honda announced the recall of 4000 cars after finding the actuator in certain Takata airbag assemblies can act like a grenade and explode. Shortly after the recall a young teen died just days after her high school graduation when the air bag in her recalled Honda Accord exploded.

Detroit was on notice that Takata airbags were like ticking bombs.

So why is it in November 2020, twelve years after the first recall, that GM is finally recalling 7 million big pickup trucks and SUVs? In our opinion, there is no excuse. By now, too many have died. Or suffered needless horrific injuries.

The National Highway Traffic Safety Administration (NHTSA) has been demanding GM recall millions of trucks and SUVs since 2016. Four times GM delayed the inevitable by filing petitions to avoid the recalls. Finally, on November 23rd, NHTSA said enough and ordered the recall.

Starting with the 4000 vehicles recalled by Honda in 2008, today the number of vehicles recalled in the U.S. stands at about 70,000,000.00. Prior to last month’s announcement, NHTSA said there were about 11.1 vehicles still on the road that hadn’t been fixed.

What Are the Vehicles Subject to the GM Airbag Recall?

The Silverado is GM’s number one selling vehicle.

We are shocked that GM continued to purchase airbags from Takata for all these years. While other companies were busy replacing Takata airbags, GM kept installing them in new trucks by the millions.

The company claims that its research showed they were safe but we have a different view. Takata airbags were cheap. GM took the cheap way out. Profits before people.

To learn more, we have many pages of information about the history of the recalls, deaths and lawsuits. We invite you to our  airbag injury page. For a brief explanation, keep reading.

Why Are Takata Airbags so Dangerous?

Ammonium nitrate is not stable and can break down over time. Heat and humidity are big factors in accelerating the breakdown. That is why so many of the airbag injuries involving death, blindness and disfigurement took place in southern states.

What Happens if You Are Injured by an Exploding Airbag?

GM said it will obey the recall (as if it had a choice) but has no idea how long it will take to find replacement airbags and fix all vehicles. If they follow the lead of several other car companies, they won’t offer loaner cars while you wait. While some manufacturers paid for loaners, we don’t think GM is serious about the recall nor does it have that many vehicles to loan.

Many drivers we have represented in the VW and Audi cases told us they were too afraid once they learned of the recall. If they did continue to use their car, they wouldn’t let their kids in the car. What good is a car if it remains parked in your driveway?

Automobile owners shouldn’t have to play Russian roulette each time they get behind the wheel. Depending on how GM handles the recall – and the claims for the diminished resale value for those owners who don’t want to wait for repairs – we may bring yet another class action.

As for Takata, they went under long ago. They simply didn’t have the assets or nearly enough insurance to pay all the claims. That leaves the automakers holding the bag.

Do we feel sorry for GM or the other automakers? We don’t (especially with GM). Although the car companies may not have known about the dangers of Takata ammonium nitrate airbags at first, once they knew, many car companies continued to buy them even while other companies were recalling them.

Our immediate concern is the safety of those riding in GM trucks. (As of October 2020 there have been an estimated 17 Takata airbag related deaths in the United States.)

Injured Because of a Defective Airbag? Call an Airbag Injury Lawyer Today

To learn more, visit our airbag injury lawsuit information page. If you were injured or a loved one dies because of a malfunctioning airbag, contact us right away.

The time to sue may be limited depending on where the accident occurred.

Second, secure the vehicle, It is almost impossible to hold the auto maker responsible for your injuries if we can’t prove the airbag was at fault. And that is hard to do if the defective parts are thrown out of the car is scrapped.

If you or a loved one has died or was disfigured or seriously injured in an accident involving a vehicle containing a defective airbag or recalled Takata and TRW airbag and you believe that those injuries were caused by the airbag, you have legal rights. Contact the airbag injury lawyers at MahanyLaw today. We can be reached online, by email () or by phone (202) 800-9791.