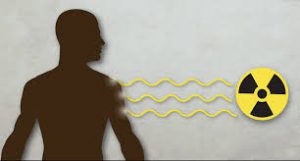 Radiation Cancer? It Is Possible Even with so Many Safeguards Today

There is a clear and undeniable link between our industrial society and increased risk if cancer. One in six deaths worldwide is caused by cancer. Chances are you or someone in your family has battled this disease.

It extremely difficult in determining what caused cancer in an individual patient.  Especially today where most of our us are exposed to many known carcinogens. Ever pump you own gasoline? Yup, the State of California has determined that gasoline vapors can cause cancer.

Are we powerless as citizens to do anything? Not entirely but eating properly, avoiding known carcinogens and carefully reading warning labels only offers so much protection. Unfortunately, until we develop a cure for all forms of cancer, many will continue to suffer.

I first got interested in the link between cancer and our environment after working in a oil refinery. Throughout the day we would be covered in thick, dirty oil. That is what happens in a petrochemical plant. And what did they give us to help clean ourselves? Benzene!

Benzene is extremely carcinogenic and has proven links to leukemia and other blood cell cancers. But for the grace of God, I am still alive despite a tremendous exposure to benzene – we practically bathed in it!

Fast forward to today and the courtroom cancer battles are now being waged over glyphosate, the active ingredient in the world’s most popular herbicide, Roundup. Within the last several months, two juries – one state and one federal – awarded two men $289 million and $80 million respectively after finding their cancer was more than likely caused by their exposure to Roundup.

One gentleman was a groundskeeper who like me, used a now known to be  dangerous product daily. The other victim was a homeowner who simply used Roundup to control weeds at his home. [We have extensive coverage of Monsanto glyphosate based herbicides including two videos.]

The stories we rarely hear about, however, are those of radiation cancer victims.

Several decades ago there were three major cases linking radiation to cancer in the United States.

For those Baby Boomers reading this post, many will remember the story of Karen Silkwood. She was a union activist that sought to raise awareness of the health concerns of workers in a nuclear facility.

Karen’s job was making plutonium pellets for nuclear reactors. Fearful of the cancer risks that she and other workers faced, she ultimately testified before the Atomic Energy Commission. On the way to meet a New York Times reporter, she died in an accident under very suspicious circumstances.

Family members blamed her employer, Kerr – McGee and sued. In the longest trial in Oklahoma history, the jury sided with Silkwood’s family and awarded $10,505,000. A federal appeals court would later reduce the verdict to just $5,000! The U.S. Supreme court, however, would then restore the original jury verdict.

As part of the trial, the family introduced evidence to show that Karen’s radiation exposure was as much as 400 times legal limits.

Karen’s life, death and struggle to protect atomic workers was the subject of the 1983 film, Silkwood, in which she was played by Meryl Streep. The film was nominated for an Academy Award.

During the same time period, there were a series of lawsuits filed by alleged radiation cancer victims who claimed they were soldiers at the facility (“atomic soldiers”) where nuclear weapons were tested or civilians that lived downwind (the “downwinders”).

Although the government denied that any cancers suffered by the atomic soldiers or downwinders was caused by the weapons testing, Congress allocated hundreds of millions of dollars and paid just over half the claims submitted from members of these two groups.

The third major event was Three Mile Island. In 1979, one of the reactors at the Three Mile Island power plant in Middleton, Pennsylvania suffered a partial meltdown. The Nuclear Regulatory Commission says it is the most serious nuclear accident in U.S. history.

Despite the reactor meltdown, the safety vessel surrounding the reactor contained most of the radiation resulting in very little outside exposures.

Immediately after the accident, investigators from the NRC, the Environmental Protection Agency, the Department of Health, Education and Welfare (now Health and Human Services), the Department of Energy, the Commonwealth of Pennsylvania, University of Pittsburgh and Columbia University examined the health consequences of the radiation leak. All concluded the effects were negligible.

Despite assurances from academic and regulatory experts, some people who later developed cancer claim their disease was related to the reactor failure at Three Mile Island. Thousands of lawsuits were filed.

In the normal personal injury case, the plaintiff (or person who is filing the lawsuit) must demonstrate four things:

In layman’s terms, one must prove that the person responsible for the injury violated a duty owed to the victim and that the violation caused an injury.

In a radiation cancer case, the duty is measurable. The federal government publishes exposure levels for radiation. Healthcare workers and uranium miners can be monitored to measure their exposure.

According to the Centers for Disease Control and Prevention, the higher and longer you fly, the more radiation you receive. That is because there is less atmosphere to shield you from cosmic radiation. Should you be worried? No. The exposure is very minor.

Cancer can be caused by radiation through a single event with a large exposure or through an elevated but constant exposure.

Absent a disaster like the tsunami that disabled the Fukushima nuclear reactors in Japan, most workers or civilians wont be exposed to a large dose of radiation from a single event. That leaves ongoing exposure concerns by healthcare workers who work in nuclear medicine, uranium miners and those who work in nuclear plants of factories.

In the short term, exposure to too much radiation can cause radiation sickness. Depending on the amount of exposure, symptoms of radiation poisoning can begin in minutes or take months to appear.

Typical symptoms of radiation poisoning are:

Radiation sickness causes damage to cells in your body and often your bone marrow and intestinal tract.

As noted above, high dose radiation incidents are rare. They are usually attributable to a nuclear weapon detonation or an accident at a nuclear facility.

Unfortunately, a risk of radiation therapy for cancer is the development of secondary cancers.

Studies at the Los Alamos National Laboratory, a Department of Energy nuclear facility in New Mexico, show a link between radiation and leukemia.

It’s not just leukemia that has a tie to radiation exposure. Other studies suggest a higher incidence of other cancers. According to the American Cancer Society, in descending order of radiation cancer risk are:

Depending on the facts, you may be eligible to reimbursement for medical bills and expenses, future medical bills, pain and suffering, lost wages and even punitive damages in certain cases. In the Karen Silkwood case, jurors found that Karen’s damages were $500,000 but socked her former employer, Kerr – Mcgee with $10 million in punitive damages.

When exposure to radiation or dangerous chemicals causes harm to you or loved ones, call us. We and our national network of products liability lawyers have the knowledge and resources to fight for your rights. Anywhere in the United States.

To speak with an experienced lawyer today, contact us online, by email or by phone 202-800-9791. [We also invite you to visit our dangerous products compensation page for information about exposure to other environmental factors such as pesticides and chemicals.]

We offer radiation cancer victims and their families a no-obligation, no cost case evaluation. Our services are available on a contingency fee basis meaning you don’t pay unless we first win and collect.