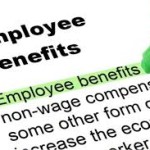 Last March, as Uber still awaited larger scale decisions in lawsuits over similar issues, a former Uber driver was awarded $9000 of unemployment benefits.  While Uber sources try to claim the case was not precedent setting, the court would not have granted such benefits to an independent contractor.

Patrick Ely, a resident of San Diego, received questionnaires from the California Employment Development Department to determine whether he might be legally considered an employee of Uber. The questions he had to answer were meant to establish the nature of his relationship with the company from the application process to his wages, and everything that was required of him in order to keep working with Uber.

Uber was set to go to trial this summer to defend its claim that its drivers are independent contractors and not employees, but it reached a settlement totaling $100 million in California and Massachusetts.

The settlement is a mere bandaid that fails to address the larger classification issues. Are Uber drivers independent contractors with no rights to expect minimum wage, overtime, sick time, unemployment and workers compensationif they are hurt while driving?

There is a large critical mass of Uber drivers who have suffered from the no man´s land of their current employment situation, with no minimum wage, overtime, or health benefits, and it seems the time has come for the company to reach a compromise beyond making one or two lawsuits go away by paying amounts that mean virtually nothing for the $60 billion company.

Inquiries into the Uber business models and the company´s relationships with drivers make it clear that Uber controls their day-to-day work much more than it cares to admit.  When the decision in the Ely case was made public, an Uber spokesperson commented, “We disagree with the decision, but, since it only affects one person, and does not have any wider impact or set any formal or binding precedent, we continue to focus on the bigger picture.” In fact, Ely was not the first Uber driver to be awarded employee benefits in a US court, and, at the very least, in terms of the public´s perception, the effect of such rulings may be much more significant than Uber anticipated.

One of the most salient aspects of Uber´s complex relationship with drivers is the fact that unless they accept as high as 90% of rides, they risk being taken off the system.  In Ely´s case, he saw his Uber access deactivated after he filed a lawsuit against the company alongside 30 fellow drivers. While Uber made up excuses and denied having sought retaliation, the timing and context are rather eloquent.

In an attempt to clarify the situation of Ely and thousands of Uber drivers around the country, his legal representative commented, “That was the whole basis of this claim: are you going to be forced to pick up rides under the threat of being fired? Are you being forced to lose money driving for them after they adjusted the rates? If you have no control over that, then OK — you’re an employee.”

While there are also precedents of courts ruling that drivers were independent contractors, the scope of the information that was made public during Ely´s case may end up playing against Uber, which is now facing a nation-wide class action suit currently heralded by Lorri Trosper, a woman who was irreversibly disabled while driving for Uber and has gone through 15 coverage-less, nightmarish months as a result.

Our firm is proud to represent Lorri and many other drivers who have suffered from the company’s tight fisted policies.

Lorri brings her case in part under the Fair Labor Standards Act. Passed shortly after the Great Depression, the FLSA insures that workers receive minimum wages and overtime pay for work in excess of 40 hours. By misclassifying workers as “independent contractors,” employers like Uber avoid overtime issues as well as benefits and workers compensation. The latter is critical for drivers involved in an accident while driving for the company.

Uber claims that drivers can’t sue the company or participate in a class action case. It says that its drivers have signed away their legal rights and are stuck being independent contractors. We disagree.

Ultimately a court will decide which lawsuits go forward and whether drivers are contractors or employees. The company claims that drivers like the independence of setting their own hours yet this has nothing to do with the FLSA classification issues. An employee can enjoy the same freedom to set his or her own hours.

Visit our Uber driver page and always visit our blog. We have an easy to use search feature – type in the word “Uber” and be instantly connected with all posts about the company and our tip and wage theft FLSA class action lawsuit.

UPDATE: All of our class action lawsuits filed on behalf of drivers were dismissed. See our Uber driver page link above for updates including the recent win by drivers in 2019.

MahanyLaw is a national boutique law firm that represents whistleblowers and victims of fraud. Much of our practice is dedicated to wage theft cases such as the Uber class action case. To date we have helped our clients collect over $100 million.

What makes us difference? We have experience in billion dollar cases, we treat clients like family and we are not afraid to cross swords with giant and powerful companies. For more information, contact us at or by telephone at (414) 258-2375.