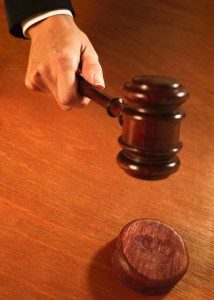 Wisconsin Foreclosure Defense – You Can Beat the Bank

[With updates] In a case decided March 23rd of this year, the Wisconsin Court of Appeals reversed a judgment of foreclosure issued by a Rock County Circuit Court Judge.

Aurora Loan Services obtained a judgment of foreclosure against David and Nancy Carlsen. The dispute in this case wasn’t the money owed, it was whether Aurora could prove it was the holder of the mortgage note. Although the evidence was razor thin, the trial judge accepted the testimony of mortgage company employee. The Carlsens lost their home as a result but appealed.

As is so common today, the bank or mortgage company servicing the loan is not the original lender. Very few banks hold mortgages today. As soon as the mortgage is written, the mortgage is sold to someone else. Sometimes it is sold multiple times.

In this case, the original paperwork showing the transfer could not be located. Many banks use a company called Mortgage Electronic Registration Systems (“MERS”) to keep the transfer records. Unfortunately, MERS has been both overwhelmed by the sheer volume of home foreclosure and plagued with internal problems.

Like many courts, the trial judge in the Carlsens’ case relied on a photocopied, uncertified assignment provided by MERS. Not good enough said the appeals court.

Aurora next relied on one of its employees who testified that the assignment made them the holder of the note and entitled to foreclose. Like the “robosigners” elsewhere in the country, Aurora’s witness could not say that she had reviewed the original assignment or if it even exists.

As so eloquently stated by the appeals court, “Thus, Conner did no more than identify herself as an Aurora employee who was familiar with some unspecified Aurora documents, who had reviewed some Aurora documents, and who had brought some documents … to court.”

UPDATE: The Carlsens’ victory was short lived. In May 2014, Nationstar Mortgage filed another foreclosure action against the Carlsens. They were the new loan servicer.

Nationstar went after the Carlsens with a vengeance. They even named the Carlsens’ lawyer. The court quickly dismissed the claims against the lawyer but Nancy and David Carlsen were not so lucky. In 2016, the court approved the foreclosure on their property. Their 8 year battle came to end.

Typically residential loans are pooled together and packaged into a residential mortgage backed security. The loan is owned by a trust which in turn is usually made up of several institutional lenders. The note may have been transferred several times.

Often the documents that create the basis for the foreclosure are fraudulent. Loan servicers can rarely find the original note. Instead the allonges (transfer documents) are generated and signed by robosigners. Furthermore, at the heart of the robo-signing issue is fraud: the robo-signers were creating documents to make it appear that the foreclosing entity owned the promissory note and mortgage, and such fraudulently created documents are the basis for many foreclosures throughout the nation. In many of these foreclosures, the foreclosing entity was Mortgage Electronic Registrations Systems Inc. (MERS), which is not a lender: rather, it is a computer system for electronically registering mortgages in a private database.

Courts often go along with the charade because of their reluctance to allow someone to have a “free” house. After all, the borrower must owe somebody. The problem is that without accurate transfer paperwork or even the original note, no one can ever be quite sure who the borrower must pay.

Homeowners and their Wisconsin foreclosure defense lawyers usually tried to resolve the state court foreclosure issues with the foreclosing entity or by seeking loan modifications. If these attempts fail, bankruptcy might also be an option. Unfortunately, many of the lawyers that we see advertising Wisconsin foreclosure defense simply recommend bankruptcy. We think in many cases the borrower’s home could be saved with aggressive lawyering. Many lawyers don’t want to sue banks, however.

One way to win is by finding the right lawyer. A good foreclosure defense lawyer will demand strict proof of the standing of the foreclosing party. Standing is . legal term meaning the party bringing the foreclosure complaint actually has the legal right to do so. That means making the loan servicer prove they hold the note and that all the transfer documents are complete and accurate.

The money you spend on a lawyer could keep you in house for months or even years. In a few cases, courts have simply dismissed the foreclosure action completely. It’s hard to raise money for a lawyer when things are tight but you may save much, much more in the long run.

Mahany Law is a full service law firm offering commercial and industrial foreclosure defense throughout the United States. We regret we cannot assist in residential foreclosures or loan modifications.

If you have a commercial case or believe you qualify as a whistleblower, contact us online or by email at .