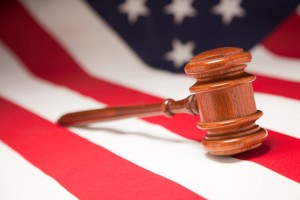 When biotech and pharmaceutical manufacturers knowingly violate the production and manufacturing standards set under current good manufacturing practices, they can be charged with cGMP fraud.

What Are Good Manufacturing Practices?

These are regulations that are set forth in order to ensure that the medications we take on a daily basis are genuine, free of contaminants, and conform to the Food and Drug Administration’s standards of quality. Drugs must be manufactured under appropriately sanitary or sterile conditions, contain the substances they are supposed to contain, meet standards for stability according to the expiration dates set for them, have the correct dosage strength and concentration, and contain no impurities.

The U.S. Government, due to the administration of programs such as Medicare and Medicaid, the VA, and TRICARE, is immediately affected by any instances of fraudulent activities perpetrated by the pharmaceutical companies holding government contracts. To address this, Congress passed The United States Civil False Claims Act, 31 U.S.C. § 3729, et seq., thereby providing a means through which such activities can be identified and appropriate action taken. This Act renders any company holding a contract with the United States government culpable if the company willfully and deliberately provides documentation or other data to the government that has been falsified. It further renders culpable any company that commits careless and deliberate violations of current good manufacturing practices. By accepting payment from the U.S. for substandard drugs, the company has been rewarded for committing fraud.

When one considers the number of people covered under federal healthcare institutions such as the ones listed above, the impact of substandard, adulterated or contaminated medications becomes obvious. Since every patient has the right to safe, pure and properly manufactured medications, and the health and often the lives of these people depend upon the medications they take, the consequences of dangerous or careless manufacturing procedures can be dire.

Severity of the Violation

Whether or not FCA liability can be imposed depends, at least to some degree, on the seriousness of the violation in question. Small discrepancies in documentation of the cGMP compliance of a medication does not necessarily make the product hazardous or ineffective. FCA liability is far more likely in cases involving more egregious violations to the degree that the potency or purity of the drug has been compromised, and that this would not have occurred had cGMP regulations been followed.

GlaxoSmithKline settled a cGMP violations case with the DOJ in 2010, entering guilty pleas to charges of producing defective products and taking insufficient steps to avoid bacterial contamination of the drugs. One defective medication was composed of two layers that broke apart, rendering the medication ineffective. There were also instances of the wrong pills being mixed in with other medications in the wrong bottles.

If you are aware of a possible case of cGMP fraud, you should seek help now from a law firm well versed in all areas of fraud and malpractice. You can reach Mahany & Ertl by calling 414-223-0464 today.

Below is our latest investor fraud video, this one on GPB Capital. A full transcript follows along with a link to our GPB … END_OF_DOCUMENT_TOKEN_TO_BE_REPLACED