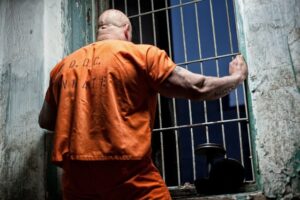 Have Information About Insider Trading? You May Be Eligible for a Huge SEC Whistleblower Reward

[Original post Feb 2011, Updated and Reposted Feb. 2021] The U.S. Attorney’s Office in Manhattan has charged a hedge fund manager with insider trading. Donald Longueuil was charged with conspiracy to commit securities and wire fraud and obstruction of justice. The obstruction charge stems from Longueuil’s middle of the night efforts to destroy computer hard drives.

The FBI and SEC have been investigating allegations of insider trading on Wall Street for years. This month’s charges are thought to be the tip of the iceberg with many more charges to come.

According to prosecutors, Longueuil and others obtained inside information about various semiconductor and technology companies. At times they would pay workers in these companies to leak privileged information. In one instance, Longueuil obtained quarterly earnings reports for Marvell Technology Group, a publicly traded company. He received the information before it became public. Prosecutors say Longueuil and another trader purchased over a million shares of the stock. A short time later the stock price jumped 23% when the earnings became public generating over $1 million in profits for Longueuil’s efforts.

Perhaps the most telling is the behavior leading up to the obstruction charge. The feds say that Longueuil became concerned when the Wall Street Journal ran a story about the insider trading investigation. They say he and co-defendant Samil Barai began a campaign to destroy evidence.

Prosecutors say Barai sent a text message to a cooperating undercover informant that said, “Shred as much as u can” and “put all ur data files onto an encrypted drive.”

Later Barai told the same informant to leave his laptop with his doorman so that Barai could obtain the laptop and “do a dept of defense delete.” The feds say he picked up the laptop and never returned it.

For his efforts, Samil Barai was also charged.

Longueuil’s efforts to destroy and conceal evidence are even more colorful. Prosecutors recovered messages he sent to another cooperating witness. In those messages, Longueuil said he “just fucking ripped it [the flash drive]… fucking pulled the external drives apart… Destroyed the platter… Put ‘em into four separate little baggies, and then at 2 a.m. … 2 a.m. on a Friday night, I put this stuff inside my black North Face jacket,… and leave the apartment and I go on like a twenty block walk around the city.. and try to find a, garbage truck… and threw the shit in the back of like random garbage trucks, different garbage trucks… four different garbage trucks.”

Longueuil faces twenty-five years in federal prison. He was arrested in his apartment.

Like all criminal charges, he is only accused of these crimes at this point. Of course, ripping up hard drives with pliers is not consistent with someone who is innocent and wishes to cooperate in an investigation. Preet Bharara, the U.S. Attorney for the Southern District of New York, summed it up best, “When people frantically begin shredding sensitive documents and deleting computer files and smashing flash drives and chasing garbage trucks at 2 a.m., its not because they have been operating legitimately.

Many white-collar defendants attempt to destroy evidence, unfortunately destruction of evidence and obstruction of justice are themselves separate crimes. These crimes are often more serious than the underlying original charge.

Update: It didn’t take long for Longueuil to plead guilty. He was sentenced in July to 30 months in prison and order to forfeit over $1 million which the Justice Department says were his profits for the insider trading scheme.

Longueuil was convicted of criminal insider trading charges and sentenced to prison. Although the $1.25 million Longueuil was ordered to forfeit sounds like a lot of money, multi million insider trading schemes are unfortunately common. The Dodd-Frank Wall Street Reform and Consumer Protection Act established a whistleblower rewards program within the SEC. That SEC can pay whistleblowers with insider information about insider trading rewards of up to 30% of whatever the agency collects from the wrongdoer. In fact, the program includes rewards for many types of wrongdoing, not just insider trading.

Some examples of the kind of misconduct the SEC is interested in include:

Longueuil story garnered much of the media intention because of his emails and text messages boasting about the cover up. The bigger story involved the company he worked for, SAC Capital. Although he may have made $1.25 million in profits from his scheme, the hedge fund made hundreds of millions.

In November 2013, SAC Capital Management Companies pled guilty to federal securities fraud charges. As part of  a plea deal the company agreed to pay $1.8 billion, the largest fine ever paid for insider trading case. After the plea, an FBI spokesperson said,

“What SAC Capital’s plea demonstrates is that cheating and breaking the law were not only permitted but allowed to persist. The result is $1.8 billion in fines and forfeiture, the largest penalty in an insider trading case ever, and termination of their investment advisory business. The problem of insider trading is real. For companies that willfully turn a blind eye, be on notice: how your employees make money is just as important as how much they make.”

The potential whistleblower rewards in insider trading cases are huge. But it takes a whistleblower to step forward and report the offense. Unlike many other whistleblower programs, the SEC allow whistleblowers to remain completely anonymous.

Mahany Law is a full service, national boutique law firm that represents whistleblowers and victims of banking and financial fraud. If you have information about insider trading or other corporate misconduct, you may be eligible for a reward. To learn more,  visit our SEC whistleblower rewards page. To see if you have a case, contact attorney Brian Mahany online, by email or by phone 202.800.9791.