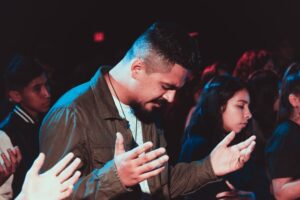 According to Investopedia, affinity fraud is a type of investment fraud in which a con artist targets members of an identifiable group based on things such as race, age, religion, etc. The fraudster either is or pretends to be, a member of the group.

These schemes work because the victims are more likely to trust members of a group to which they belong. Many of Bernie Madoff’s victims were wealthy members of the Jewish community. Folks in that community trusted Bernie because he was one of them.

How Does Affinity Fraud Work?

Fraudsters who carry out affinity frauds frequently are (or pretend to be) members of the group they are trying to defraud. The group could be a religious group, members of a particular congregation, members of an ethnic group, or members  of the military. One Florida fraudster targeted members of the SE Florida gay community. Fraudsters target any group they think they can convince to trust them with the group members’ hard-earned savings.

At its core, affinity fraud exploits the trust  that exist in groups of people who have something in common. Frequently the fraudster will enlist respected leaders from within the group to spread the word about the scheme. Those leaders may not realize the “investment” is actually a scam, and they may become unwitting victims of the fraud themselves.

Particularly in insular ethnic or immigrant groups, it can be difficult for regulators to detect an affinity scam. Victims often fail to notify authorities or pursue legal remedies.

How to Avoid Affinity Fraud

Here are a few tips to help you avoid becoming a victim of an affinity fraud scam.

We have many affinity fraud stories on our Due Diligence Blog (be sure to use the search feature for more information.)  Simply as an illustration, in this post we discuss a “credit counselor” who targeted African Americans.

Credit counselors are there to help us manage our finances, get out of debt and help us achieve financial freedom. Apparently Alfred Parker of Woodland Hills, California didn’t quite understand that. Parker, who worked as a credit counselor for a non-profit company providing credit counseling to low-income families, was sentenced to 46 months in a federal prison. His crime? Bilking $2 million from his victims.

Targeting primarily African-American people, Parker raised $2 million with the promise of “guaranteed” returns as high as 40% in just 3 months. The money was to be used to help people avoid foreclosures and make payments on their debts.

Parker instead used the money to purchase a Rolls Royce Phantom, 2 Ferraris, and a $2.5 million home. In typical Ponzi scheme fashion, some of the money also went to pay earlier investors. The government says he even paid for his wedding with money stolen from others. He will not be joining his new bride for a honeymoon anytime soon.

Not getting enough money from individual victims, Parker obtained a $200,000 line of credit by falsely claiming that he had $2,000,000 in savings and significant rental income from property in Cleveland. Both false statements. In fact, Parker forged documents and presented them to the bank.

Parker is spending the next several years in a federal prison. United States District Court Judge R. Gary Klausner condemned Parker for presenting himself as a religious man and preying on the African American faith based community.

Unfortunately religious affinity fraud is as old as the Bible. Most have heard the story from the Bible about Jesus driving the moneychangers from the Temple during his ministry because they had made it a “den of thieves.”

To learn more, visit our investment fraud recovery page. Does the case involve a lawyer? Visit our sister legal malpractice site. Ready to see if you have a case? For a no obligation, Contact Brian Mahany directly online, by phone at (202) 800-9791 or by email .