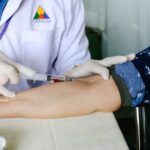 Recently we wrote about a false certifications case in South Carolina. Doctor’s Care and its management company agreed to pay $22.5 million to settle charges that they billed for doctors and nurses not certified by Medicare. Today we write about a new case where the government intervened in a case alleging that Connections Community Support Programs, Inc. billed for providers who were not qualified.

Much of the healthcare we receive in the U.S. is paid by tax dollars. If you are a Medicaid, Medicare or Tricare recipient, your care is subsidized with tax dollars. Uncle Sam says that in order to be paid, providers must both be qualified and certified. There is a difference but both are required.

Today’s case in Delaware involves Connections, a mental health services company, billing Medicare and Medicaid for services that were not performed by a qualified provider. The company billed government healthcare programs claiming that patients were seen by a licensed clinical social worker and other professionals. They weren’t. The complaint says instead that patients were seen by unsupervised and unqualified workers.

According to a complaint filed Friday,

“From at least January 1, 2015, through at least October 31, 2019, Connections, one of the largest providers of outpatient mental health and substance abuse services in Delaware, fraudulently billed Medicare and Medicaid by at least (i) billing for mental health services rendered by individuals whose professional qualifications did not allow them to bill Medicare or Medicaid for reimbursement under the names of individuals whose qualifications did allow for reimbursement and (ii) billing Medicaid for mental health services using incorrect procedure codes for the person performing the service, resulting in higher payments to Connections than were permitted.

“In falsely certifying the identity of the individual providing the mental health service, Connections, in violation of the False Claims Act, caused Medicare and Medicaid to pay for millions of dollars in services for which Connections was not entitled to reimbursement.”

The original complaint was filed in 2019 by two former employees of the company who recognized the fraud and became whistleblowers.

The case against Connections Community Support Programs was filed as a False Claims Act (or “qui tam”) action. That law allows whistleblowers with inside information about fraud involving government programs to receive a cash reward. Typical rewards are between 15% and 30% of whatever the government collects from the wrongdoer.

Collecting a whistleblower reward involves filing an action in federal court. That action is filed under seal meaning it is secret. Sealed filings allow the government to better and quietly investigate the claims. Keeping a complaint secret also protects the whistleblower from retaliation.

Ultimately when the investigation is complete, the court orders the case unsealed. At that time the government can “intervene” and take over the case or allow the whistleblower’s own lawyers to prosecute. If the investigation clears the defendant of any wrongdoing, the case is typically dismissed.

After investigating the two whistleblower claims in this case, federal prosecutors elected to intervene and take over the case. According to their new complaint, at least 4,000 claims were submitted by Connections falsely claiming that the services were provided by licensed social workers.

“Federal healthcare regulations and policies that govern mental health services exist to ensure that Medicare and Medicaid beneficiaries are treated by qualified professionals.  We expect all providers to submit claims that are true, accurate, and complete, and entrust that they will do so.  Connections violated that trust, and in the process, defrauded Medicare and Medicaid out of more than $4.5 million dollars.  My office is committed to pursuing all providers who submit false claims to federal healthcare programs to obtain money to which they are not entitled.”

In a separate action filed the same day, prosecutors also accused Connections and three of its officers with violating the Controlled Substances Act. They say the company can’t account for hundreds of bottles of methadone.

Because the False Claims Act provides for triple damages and high penalties, the company could wind up paying more than $15,000,000.00 if the allegations are proven true. Any whistleblower reward would be based on what is actually recovered from the company.

[We remind readers that the government’s decision to intervene in a Medicare fraud case is not a finding of wrongdoing. Connections, like all defendants, is entitled to their day in court.]

Many folks believe that Medicare fraud is a victimless crime. Aside from the obvious rip off of taxpayers, using unqualified medical professionals to treat patients is dangerous. It is one thing to not have the proper paperwork – that is usually what we see in cases of using uncredentialed healthcare workers. Those folks are usually at least qualified but lack the right credentials to bill Medicare. We say “usually” because some folks are ineligible to be credentialed because of prior fraud or abuse problems.

This case involves unqualified professionals. That usually means they don’t have the right training or didn’t pass state testing requirements. Do you want to be treated by a doctor who failed med school? Do you want the person providing advanced mental health counseling to only have a high school diploma and not formal college training?

Do You Have Information About Unqualified or Uncredentialed Healthcare Workers?

If you have inside information about healthcare workers who are not credentialed or not qualified, you may be entitled to a cash reward. The False Claims Act pays rewards nationwide for information regarding healthcare billed to Medicare, Tricare or Medicaid. 29 states and the District of Columbia pay for rewards regarding state funded Medicaid. Illinois and California also pay rewards for healthcare paid for by private insurance.

To learn more, visit our Medicare fraud information or our cornerstone posts on unqualified and uncredentialed healthcare workers. Ready to see if you have a case? Contact us online, by email or by phone 202.800.9791.

Cases accepted nationwide. All inquiries protected by the attorney – client privilege and kept confidential. We work on a contingency or success fee basis meaning we don’t get paid unless we recover money for you.