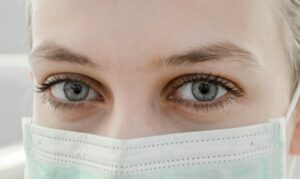 South Carolina’s Largest Urgent Care Provider is Paying $22.5 Million to Settle Claims Billed for Doctors and Nurses with False Credentials. Learn How You Can Stop This Fraud and Earn a Large Cash Whistleblower Reward.

In order to get paid by Medicare, Medicaid or Tricare, healthcare professionals must be properly credentialed. When you go to see the an orthopedic surgeon, you assume she is a fully licensed and credentialed physician. Unfortunately, some shady healthcare providers cut corners and illegally use healthcare workers without proper credentials. That hurts both taxpayers and endangers patient health. (Since Medicare and the other two programs are funded with tax dollars, false credentials hurt all taxpayers.)

We see these cases frequently. As soon as the feds catch one, false credentialing scheme, another takes its place. In this post we discuss a recent whistleblower case and how you can earn a cash reward for reporting false billing credentials.

This month South Carolina’s largest urgent care provider, Doctors Care, P.A. (“Doctors Care”) and its management company, UCI Medical Affiliates of South Carolina, Inc. (“UCI”), agreed to pay $22,500,000.00 to settle claims brought by a whistleblower.  According to the Justice Department, Doctors Care and UCI falsely certified that certain urgent care visits were performed by providers who were properly credentialed to perform these services. Instead the services were actually performed by non-credentialed providers.

According to a statement released by South Carolina’s United States Attorney,

“As early as 2013 and continuing to 2018, it is alleged that UCI was unable to secure and maintain necessary billing credentials for most Doctors Care providers.  UCI knew that federal insurance programs would deny claims submitted with the billing number of a provider who had not yet received their billing credentials.  But instead of solving its credentialing problem – or holding claims while a temporary solution could be found – UCI allegedly submitted the claims falsely, ‘linking’ the uncredentialed rendering providers to credentialed billing providers in order to get the claims paid.

“With each ‘linked’ bill, it is alleged that UCI knowingly submitted a false claim for payment.  Evidence obtained in support of the allegations includes emails memorializing UCI’s ‘linking’ scheme and well-organized ‘cheat sheets,’ as employees called them, which UCI used to keep track of properly-credentialed billing providers whose names could be substituted on uncredentialed providers’ bills.”

Unlike other credentialing scams we have seen, there is no evidence of patient harm. The people performing the medical services were in fact qualified to do so.

According to a complaint filed in federal court, some of the providers at Doctors Care were billing the services of non-credentialed providers under the name and signature of various credentialed providers (who took no part in providing the care that was billed for). In other instances, Defendants violated the “incident to” billing guidelines of the federal healthcare programs by billing new patient visits provided by midlevels under the signature of physicians who took no part in the treatment. A “midlevel” is a nurse practitioner or physician’s assistant.

The complaint lists many examples of billing fraud. For example according to one allegation,

“On October 1, 2016, Jane Doe 1 was treated by Nurse Practitioner Joanne Keefe-Tomasello at Doctors Care – Moncks Corner. Upon information and belief, no physician was on site at Doctors Care – Moncks Corner on October 1, 2016. Despite the lack of an on-site physician, Defendants submitted a claim to Medicare and certified that Dr. Curtis Franke was Jane Doe 1’s physician-provider. Medicare processed the claim and remitted $96.46 to Defendants, including payment for the 99214 code.”

This case came to light because of the heroic action of two whistleblowers. Dana Dove was employed by UCI as a medical coder. Dove was also qualified as an auditor and compliance professional. The other whistleblower, Debbie Rathbun, was employed as UCI’s credentialing supervisor.

Dove and Rathbun claim that UCI didn’t bother credentialing all of Doctors Care’s physicians, nurse practitioners and physician assistants because they wanted “to avoid the time and expense of completing the credentialing process.” They also claim that some of those folks may not have been eligible for credentialing. (The settlement agreement says patient care was not compromised but does not say whether any of the providers were ineligible to be credentialed. We believe that UCI’s former CFO went to prison for embezzling $3 million.)

False credentials cases come up in a variety of contexts. In this case, the two whistleblowers say that the people billing for the services were often not the ones providing the care. More importantly, they claim that some of the providers who were providing the care were not eligible to be credentialed.

We frequently see misrepresentation of credentials cases that involve teaching hospitals. There, a teaching physician falsely claims to be present for procedures provided by an intern when he or she is not actually present or supervising. We have also seen cases where one physician claims to have been performing one on one supervision to multiple interns all at the same time. A variation is the anesthesiologist who claims to be simultaneously supervising too many CRNAs.

Of special note in this case is UCI’s majority shareholder is BlueCross BlueShield of South Carolina. If anyone should have known better it is certainly Blue Cross.

Do You Have Knowledge of False Credential Schemes?

The federal False Claims Act pays whistleblower rewards to anyone having inside information about Medicare, Tricare or Medicaid fraud. Included are cases involving false or misrepresented credentials. Rewards are typically between 15% and 30% of whatever the government collects from the wrongdoers. In this case, Dana Dove and Debbie Rathbun should receive between $3,375,000 and $5,625,000. (Whistleblower rewards are capped at 25% if the government intervenes which it did in this case. Higher rewards are reserved for cases in which the whistleblower’s own attorneys prosecute in the government’s name.)

To learn more, visit our Medicare Fraud whistleblower page. Ready to see if you qualify for a reward? Call now for a no-cost conversation with an experienced MahanyLaw False Claims Act lawyer: 202.800.9791 or Report Online.

All inquiries protected by the attorney – client privilege and kept strictly confidential. Cases accepted nationwide. Our whistleblower clients have already earned more than $100,000,000.00 in rewards. You could be next.