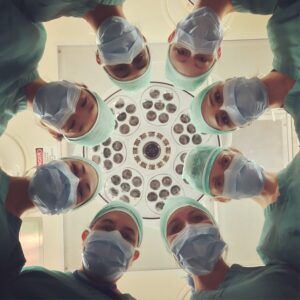 It’s Christmas Day and here I am writing about one of the most twisted Medicare fraud scams to date. A doctor in Tallahassee, Florida pled guilty on December 18th to performing unnecessary heart procedures.

When I was a prosecutor, we didn’t like proceeding with major felony cases between Thanksgiving and Christmas. It’s not that folks received a pass during those weeks, we just waited until after the holidays. That isn’t the case with Moses deGraft-Johnson MD, however. We are glad this sick thief  is behind bars and no longer able to harm patients.

Moses deGraft-Johnson admitted to performing medically unnecessary, invasive angioplasty procedures. Hundreds of them. Prosecutors say he billed Medicare and private insurance companies over $29 million. As part of his plea bargain, he pled to 56 charges including healthcare fraud, conspiracy to commit fraud, and aggravated identity theft.

According to court records, deGraft-Johnson operated Heart and Vascular Institute of North Florida.

To get paid for angioplasties and other procedures, a physician must certify that “that the service had actually been provided for a legitimate, medically necessary purpose.” Medicare [and most private insurance] only reimburses services that were medically necessary and actually rendered. Those rules  make sense. We need doctors who operate solely to run up their bills.

Each false bill is a separate crime.

Many of the angioplasty procedures done by deGraft-Johnson were medically unnecessary while at other times they weren’t even performed at all. Prosecutors said at times he would bill for procedures when he wasn’t even present. In fact, at times he was billing for procedures even though he was in Madrid, Spain; London, England; Accra, Ghana; and Shanghai, China.

After his arrest in February, deGraft-Johnson was ordered held without bail. The government demonstrated that he was a dual national in both the U.S. and Ghana, had plans to run for the presidency there and had three driver’s licenses. Fearful that he would flee, he was detained.

After losing an appeal of his detention order, deGraft-Johnson pled guilty on December 18th, one week before Christmas. He remains in custody until his sentencing in April of 2021. He faces over a 100 years in prison although under federal sentencing guidelines will probably get considerably less.

As part of his plea agreement he has agreed to cooperate in identifying his victims and paying restitution.

Medically necessity cases can be difficult to prove. That deGraft-Johnson was billing for procedures when he wasn’t even in the country made this case much easier for prosecutors.

deGraft-Johnson’s operation was so successful that he began running into difficulty finding new victims. Authorities say that he recruited new patients through local churches, nursing homes, a hospital, and an outreach organization. Many of his patients were from “underserved communities”.

Now authorities must contact all those patients who had surgeries so that they can find new doctors and learn what their true condition is.

In a prepared statement, the U.S. Attorney for northern Florida said, “the United States will continue to work to recover the ill-gotten gains of de-Graft-Johnson’s criminal behavior, to identify information that will help his victims correct their important medical records, and to identify how he gained access to his victims so we can make sure nothing like it ever happens again”

And where did the money go? Prosecutors think that some of the money went to deGraft-Johnson’s home country of Ghana. Although he denies it, prosecutors have a secretly taped conversation in which deGraft-Johnson and his brother discuss a high rise building in Ghana’s capital. They also believe it was spent on luxury vehicles; jewelry; and homes in Manhattan, Southampton, New York, Miami, and the Houston area.

Healthcare Fraud is Not a Victimless Crime

Angioplasty procedures are invasive procedures. Anytime you stick something into a person’s heart there are risks. Those risks include:

Even in those instances where no surgery was performed, his billing scam still isn’t victimless. The millions of dollars he raked in from Medicare? That money comes from taxpayers. You and I paid that money.

We don’t know how deGraft Johnson was caught. Healthcare fraud is usually brought to light by whistleblowers; insiders who have first hand knowledge of the scheme or scam. We know in this case the whistleblower wasn’t his office manager. She too was charged.

Under the False Claims Act, whistleblowers with inside knowledge of billing fraud can earn a reward of between 15% and 30% of whatever the government collects from the wrongdoer. Six and seven figure awards are not uncommon.

Worried about retaliation? We understand and so does Congress. The False Claims Act contains powerful anti-retaliation provisions that can pay you double damages and attorneys fees. This is in addition to any reward you may receive.

If this isn’t incentive to blow the whistle, almost 30 states including Florida have their own whistleblower reward laws. Typically, these pay rewards if there was a loss to the state funded Medicaid program.

Finally, cases are filed under seal and remain secret while being investigated. In most cases that means you have at least 6 months if not a year to find another job (assuming you want to leave – most whistleblower do).

To learn more, visit our healthcare fraud whistleblower page. You can also visit the Report Medicaid Fraud website to learn more about Medical Necessity fraud. (To earn a reward, you must file a sealed complaint in federal court and have an attorney. Calling hotlines won’t get you paid.)

Ready to see if you qualify for a reward? Contact us online, by email or by phone 202-800-9791. Cases accepted anywhere in the United States. All inquiries protected by the attorney – client privilege.