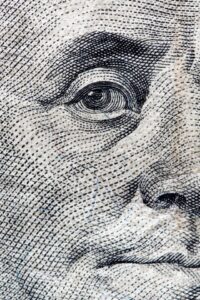 Plenty of Whistleblower Reward Opportunities in the Biden Administration

Earlier this year, the Federal Bar Association held a conference on whistleblower claims under the False Claims Act. That law allows ordinary citizens to claim cash rewards for reporting fraud involving fraud involving federal programs. The timing of the conference was perfect, everyone wants to know what to expect from the Biden administration.

One of the speakers at the conference was Senator Chuck Grassley, the modern day patron saint of whistleblowers. During the conference he said it was time for the government to “come down with a sledgehammer, not a toothpick” against fraud.We agree but what exactly should we expect from President Biden and his new attorney general, Merrick Garland?

The Department of Justice is still getting organized but the acting chief DPJ’s civil division has already outlined the government’s enforcement agenda (and there are plenty of opportunities for whistleblowers).

There should be no surprises here. The government spent trillions of dollars trying to restart the economy, roll out testing and vaccine programs and beefing up PPE for hospitals, nursing homes and first responders. Unlike other stimulus programs, the government had to quickly get money where it was needed. That meant many of the traditional checks against fraud were absent.

Today we are paying the price. Billions of dollars of unemployment money were siphoned away from those legitimately in need, bad actors delivered defective personal protective equipment like masks and dishonest businesses used PPP money to buy luxury cars instead of paying workers.

Now that our country is slowly getting back to normal, we are finding just how extensive the fraud is. For example, the SBA Office of the Inspector General believes that over 57,000 PPP loans were made to ineligible companies and people.

We are investigating several reports of healthcare providers who are submitting phony claims for COVID-19 testing even though no tests were performed.

The Trump administration made opioid abuse a priority of the Justice Department and the new administration says that this will remain a priority. How is does this create opportunities for whistleblowers?

We are aware of several clinics that are pushing opioids and billing Medicare, Medicaid or Tricare for these drugs. While there are legitimate uses for narcotic drugs, some doctors appear to be catering to addicts and just pushing pills… pills that are paid for by taxpayers. It is hard to argue that Medicare fraud is a victimless crime when we are creating a generation of addicts because of these bad practices.

Pharmaceutical companies themselves can be prosecuted under the False Claims Act (whistleblower statute) when they aggressively market opioids without properly disclosing to physicians the addictive nature of their drugs.

In the final year of the Trump administration, then Attorney General William Barr made protecting nursing home residents a priority of the Justice Department. Called the National Nursing Home Initiative, Barr said prosecutors would focus on nursing homes that provide grossly substandard care. The new administration at the Department of Justice says the focus on substandard nursing home care and crimes against the elderly will continue.

Nurses and staff in nursing homes are on the front lines and often are the first to blow the whistle on poor or medically unnecessary care. These folks that blow the whistle are true heroes that not only prevent the waste of tax dollars but save lives too.

This one surprised us a bit. The government says the benefits of electronic health records (EHR) include

While EHR sounds great, there are risks to patient privacy, unauthorized access (and manipulation) of patient data and the use of EHR to “upcode” patient bills.

In January 2020, the Justice Department announced it had settled a whistleblower claim involving an Electronic Health Records provider. Practice Fusion agreed to pay $145 million to settle the case.  In announcing the settlement, Vermont’s U.S. Attorney said,

“Practice Fusion’s conduct is abhorrent.  During the height of the opioid crisis, the company took a million-dollar kickback to allow an opioid company to inject itself in the sacred doctor-patient relationship so that it could peddle even more of its highly addictive and dangerous opioids.  The companies illegally conspired to allow the drug company to have its thumb on the scale at precisely the moment a doctor was making incredibly intimate, personal, and important decisions about a patient’s medical care, including the need for pain medication and prescription amounts.”

Telehealth was virtually unheard of prior to COVID. Now it is commonplace. During the pandemic, the CARES Act and many states waived the need for face to face visits between patients and their provider. Many of these restrictions are likely to become permanent.

While if properly managed, telehealth can save time and inconvenience for patients – particularly the elderly and those in rural areas – they also provide fertile ground for fraudsters.

As the world becomes more dependent on technology, cybersecurity has become a critical concern for government agencies, banks, investors and the public. Entire businesses can and have been wiped out because of hacking incidents. People have lost their life savings in the blink of an eye. Nation state hackers even try to steal sensitive data and influence elections.

Typically, we only hear of these incidents after the fact (if at all). We are aware of companies and defense contractors that deliberately conceal vulnerabilities or successful hacking incidents for months or years. That’s  where whistleblowers step in. They are critical in protecting the public, businesses and the government.

During the recent Federal Bar Association conference, Acting Civil Division AAG Boynton noted that whistleblowers and use of the False Claims Act to prosecute businesses that fail to comply with cybersecurity rules will be a priority of the Justice Department.

There are hundreds of ways in which whistleblowers can help eliminate fraud and corruption, protect the public and save tax dollars. While the above list represents the first peak at enforcement priorities under the Biden administration, we remind everyone that wherever fraud exists, there is often an opportunity for whistleblowers. The False Claims Act discussed above requires a loss to a government project or of government funds. There are plenty of other opportunities.

If you are aware of fraud, give us a call. We will confidentially review your case and let you know if you may be eligible for a reward. There is no obligation or fee for our review. We can also discuss protections against retaliation and to help you receive your reward anonymously where allowed.