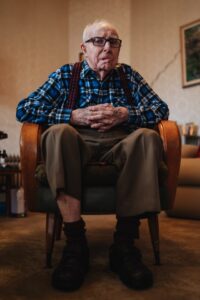 Elder Financial Abuse Is on the Rise. Learn What You Can Do to Protect Yourself or a Loved One!

If the figures coming from the North American Securities Administrators Association (NASAA) are correct, the number of fraud actions involving victims over the age of 50 is staggering.  We don’t have 2020 data yet and with COVID, we expect 2020 will be another record breaking year for fraudsters.

Sadly, regulatory agencies only have enough resources to investigate a small percentage of the reports that come in each year. And even fewer people report the crime. For each case prosecuted, many others are not investigated or even reported.

Often older victims are too embarrassed to report that they were the victims of an investment fraud. Other times they are in such an advance state of dementia they don’t even know they were scammed.

According to NASAA’ 2019 data, the states received 6,698 complaints involving securities fraud. This doesn’t include the thousands received by the SEC and the Financial Industry Regulatory Authority.  The feds don’t break out complaints by age group but the states do. NASAA says that in frauds involving seniors, the top scams are as follows:

Typically, a promissory note is a written promise to pay (or repay) a specified sum of money at a stated time in the future or
upon demand. Companies may sell promissory notes to raise capital, but unfortunately, promissory notes are often touted
to unsuspecting investors who are enticed by unrealistic yields. In this economy, it is hard to find high rates of return. Fraudsters will promise unusually high percentage yields and claim the notes are “guaranteed.”

Unfortunately, these promissory notes are often sold by unlicensed stockbrokers looking for higher commissions. Because unlicensed brokers don’t work for legitimate securities brokerage firms, trying to collect any judgment can be difficult.

Many of these bad actors attempt to convince investors to open a self-directed IRA with a nonbank custodian to hold investments such as promissory notes. These bad actors bank on the fact that certain custodians providing these accounts are not subject to the same requirements as custodians regulated under the securities laws, including Know Your Customer rules.

How to Combat Elder Financial Abuse

Elder financial abuse is rampant. As baby boomers enter their retirement years, they continue to be the fastest growing age group of our population. That means that numbers of elder fraud victims will likely continue to increase.

What can you do? First, deal only with reputable brokers. Although just about every brokerage firm has had a few bad apples, larger firms can make good your losses if you are scammed.  Stockbrokers that rely almost exclusively on cold calls frequently work for so called boiler room shops; firms that are here one day and gone the next.

How can you tell if your broker is properly licensed and has a clean record? That is easy. FINRA’s BrokerCheck system is an easy to use online system that contains all the information you need to know. If your broker isn’t listed, he or she isn’t licensed. (And if they tell you they don’t have to be licensed, check with your state securities regulator. All are happy to help.)

Be very wary of brokers that pitch you because you belong to the same church, ethnic group or religion.  Many people have been victimized by these affinity frauds.

Make sure that you understand what you are purchasing. If you can’t easily explain how it works then you probably should be making the investment.

Another question to ask is how easy is the investment to sell if you suddenly need the money? Frequently older investors find themselves stuck in illiquid real estate trusts, promissory notes or complex derivatives for which there is no developed secondary market.

Finally, don’t be afraid to look over the shoulder of your parents or older relatives.  Make sure they aren’t being taken for a ride. If they can’t explain what they want to purchase or if they only talked to the stockbroker by telephone and never met, its time to get involved and ask serious questions.

We have met far too many clients that are spending their golden retirement years worrying about money. Money that was taken from them by fraudsters, greedy stockbrokers and even accountants and bankers.

There are remedies of course for victims of investment fraud but those remedies are only as good as the company or person behind the investment. If you were scammed by a stockbroker or financial professional, there is probably a “deep pocket” – a solvent company or insurance policy that can pay.  Recovering assets from boiler room operations or unlicensed people can be difficult, however.

A little prevention and due diligence can go a long way to making sure you or someone you love doesn’t spend their golden years worrying about how they can afford food or medical bills.

Ready to speak with a lawyer? Have you or someone you love has been the victim of a fraud committed by a stockbroker, accountant or other financial professional? Give us a call. The investment fraud lawyers at Mahany Law can be reached online, by email or by phone at 202-800-9791.

All inquiries are confidential and without obligation. We accept cases nationwide and handle most cases on a contingency or “success” fee basis meaning you pay nothing unless we recover money on your behalf. Our minimum loss size is $100,000.