Countries with the Highest Rates of Bribery of Government Officials 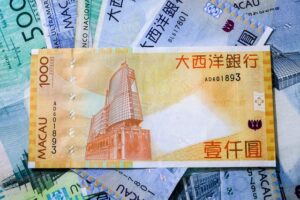 Have Info on Foreign Bribery? Uncle Sam Is Interested and Pays Huge Rewards for Information

Congress passed the Foreign Corrupt Practices Act (FCPA) in 1977. That law prohibits the payment of bribes to foreign officials to assist in obtaining or retaining business.

The FCPA applies to prohibited conduct anywhere in the world and extends to publicly traded companies and their officers, directors, employees, stockholders, and agents. Agents can include third parties such as consultants.

Another feature of the law requires companies to maintain accurate books and records and have a system of internal controls sufficient to, among other things, provide reasonable assurances that transactions are being executed legally.

There are two agencies that enforce the Foreign Corrupt Practices Act, the Department of Justice and the Securities and Exchange Commission (SEC). If the SEC prosecutes the case, sizeable cash whistleblower rewards are available. When the Justice Department prosecutes a case, it does so criminally and does not pay rewards. Often in whistleblower cases, both agencies will prosecute meaning there will be a reward.

As noted above, the illegal conduct (bribery of government officials) can take place anywhere in the world. Even if the bribery takes place out of the United States or the company paying the bribes isn’t even a U.S. company, rewards may still be available.

There are several simple rules to evaluate when determining if you may be eligible for a whistleblower reward.

First, is the company covered by the law? The company must be registered with the SEC. If the company is a public company that sells stock on a US market, the company is probably within the jurisdiction of the SEC.

Even if the company is a foreign company who shares are sold on a foreign exchange, it is still within the SEC’s jurisdiction if its shares or equivalent (e.g. ADRs) are available on a U.S. exchange.

Once the company is subject to the SEC’s jurisdiction, it becomes responsible for the actions of its officers, agents, etc. even if they are otherwise beyond the jurisdiction of the United States.

Second, there must be illegal conduct. For purposes of the FCPA, that means phony books and records or bribery / attempted bribery involving foreign government officials.

Let’s take a second and talk about bribes and the people that receive them. Congress and the SEC want to ensure that honest businesses are on an equal playing field. That can’t happen if a crooked company is paying bribes to get contracts, favorable tax treatment or permits.

As to bribes, they aren’t always bags full of money or checks.

Companies and the C-suite crooks that pay these bribes are smart. They don’t write a check to a government minister or port official and label the memo portion of the check “bribe.” In fact, the bribes are often not checks or wads of cash.

As the SEC and Justice Department continue to crack down on FCPA violations, companies have become  creative in how they try to disguise their illegal bribery schemes.

When bribes are paid in bags of cash, finding proof is difficult. That is why the books and records provision of the law becomes so important. Somewhere in the company’s books someone had to account for the large sum of cash. And calling it “petty cash” or a consulting fee when it really was a bribe would be a false record.

So far, so good. So where is bribery prevalent?

There is an organization called TRACE that follows this issue closely. Each year they issue a report and rank countries from lowest bribery risk to the highest.

You might think the U.S. is the lowest but you would be wrong. We actually fell 8 places last year to 23rd place. That is one of the largest drops of any countries. Lest you think that our country has certainly become a hotbed of corruption, much of that drop is probably public perception. People don’t have confidence in either party, the administration or the courts.

So who are the best countries from an anti-bribery standpoint? In order, Denmark, Norway, Finland, Sweden and New Zealand. We are currently investigating a prominent Scandinavian country for paying bribes. That means while government officials in Denmark, Norway and Sweden aren’t very likely to accept bribes, big companies in those countries might be paying them to officials in other countries.

Who are the worst countries? The absolute worst at number 194 is North Korea. Going up the list is Turkmenistan, South Sudan Venezuela, Eritrea, Yemen, Equatorial Guinea, .Somalia, Cambodia and Syria. We haven’t investigated any company paying bribes in these countries except Venezuela. That is probably because most large publicly traded companies steer far away from these places.

That leaves every other country somewhere in between.

Countries with autocratic regimes often have higher (worse) bribery rates. China at 126 and Venezuela at 191 are two good examples. Countries with large oil or mineral deposits such as Russia, Nigeria and South Sudan often have more incidents of official bribery too.

Lest anyone feel slighted, there are of course exceptions. Canada is a big mining and oil producer but low on the bribery scale (11).

Another way of looking at the matrix is by examining US prosecutions. In 2019, the Justice Department and Securities and Exchange Commission prosecuted the most companies for bribery of Chinese officials. Followed by Iraq, Brazil, Nigeria and India. Getting a reward often means knowing what is currently hot with regulators.

Looking at industries, the number one industry associated with U.S. foreign corruption prosecutions is Mining and Oil. The next eight are Engineering and Construction, Defense, Manufacturing, Transportation, Communications Financial Services, Health Care Technology, and Pharmaceutical. Will that change under the new administration? Time will tell.

Proving a FCPA foreign bribery case is tough. That is why the government needs whistleblowers. Frequently companies use third party consultants to do their dirty work. And that dirty work may be occurring in some steamy jungle far from the shores of the United States.

It becomes almost impossible for outside auditors or government officials to prove bribery allegations without an insider. That is why whistleblowers are so important in these cases.

Congress authorized the SEC to pay whistleblowers between 10% and 30% of any monetary penalties collected by the SEC for violations of the FCPA. Penalties of 8 and 9 figures are not uncommon meaning the potential for million dollar awards is high.

There is a formal process that must be followed in order to get a reward. That is where an experienced foreign bribery SEC whistleblower lawyer can help.

We often hear from foreign citizens working for U.S companies wanting to know if they are eligible to receive an award. The answer is yes and in fact, the SEC has already awarded millions to non U.S. residents and citizens.

Unless you authorized or received the bribes or ordered the illegal accounting entries, you are probably eligible for an award even if you don’t live, work or vote in the United States.

Ready to Collect a Reward?

The SEC generally pays awards on a first to file basis, i.e. the first person to blow the whistle gets the award. That means if you are interested in collecting a reward, don’t delay. New SEC rules implemented in 2020 make it even more critical that you file immediately.

Ready to see if you qualify for a reward? Our FCPA Whistleblower Attorneys are standing by! Contact us for a no obligation, no fee consultation.

If you know of foreign bribery, phony books and records or other violations of U.S. securities law, give us a call. Working together, we can determine how best to stop the illegal practices, protect you from retaliation and get you the maximum award possible.

In the last several years we have helped our whistleblower clients recover over $100 million in awards. You could be next.

*Never email or call from a work phone, work computer or use an employer’s email address. We accept cases anywhere in the world. All inquiries are kept strictly confidential and protected by the attorney – client privilege.