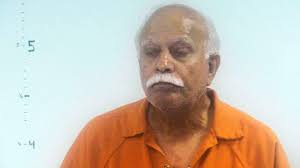 [Updated 2021 with sentencing information] We get a chill up our spine when people say Medicare fraud is a victimless crime. It’s not just taxpayers that get ripped off. Very often patients are harmed by the very doctors they trust with their care. In this post we examine a 70 year old obstetrician-gynecologist now facing 465 years in prison after performing dozens of medically unnecessary surgeries… surgeries that are also irreversible.

Dr. Javaid Perwaiz is a long time physician in the Hampton Roads area of Virginia. Countless babies have been delivered by him but he also endangered and ruined the lives of many women.

On November 9th, a federal jury convicted Perwaiz of 52 counts of fraud. He faces 465 years in prison when sentenced next year. No matter what his sentence, he will likely die in prison.

According to court records and evidence presented at trial, Dr. Perwaiz scheme began in 2010 and continued until his arrest last year. During that period, he billed both private insurance companies and Medicaid millions of dollars for irreversible hysterectomies and other surgeries and procedures that were not medically necessary for his patients.

Often Pervaiz told his patients they needed surgery to avoid cancer. He was lying. His interests were not the medical wellbeing of his clients, instead he was focused on the insurance money.

Sadly, several of his former patients testified they suffer pain or other complications because of the unneeded surgeries. The hysterectomies they received can’t be reversed they can never have children.

To keep his staff from speaking out, he reportedly provided them lavish gifts. One nurse testified the value of the gifts she received was several hundred thousand dollars.

Although over 50 witnesses testified for the prosecution, Perwaiz only had one witness for his defense. He also took the stand.

Perwaiz’ lawyers argued that  he was  hard-working, dedicated, and highly skilled doctor who only acted in the best interest of his patients. The jury wasn’t convinced.

The district’s top federal prosecutor says, “Dr. Perwaiz preyed upon his trusting patients and committed horrible crimes to feed his greed. Dr. Perwaiz has a history of fraud including having his medical license and hospital privileges revoked. Nothing was going to stop him but the brave victims who testified against him and law enforcement. My thanks to the trial team for their outstanding work in what was a very complex case, and to our investigative partners for their efforts…”

The number of agencies and the number of press releases show an alphabet soup of state and federal agencies were involved in the investigation. This speaks volumes about how concerned authorities were once the investigation began. Doctors take an oath to do no harm. A 12 person jury found that Perwaiz had instead put profits before his patients.

Perwaiz Gets 59 Years in Prison

U.S. District Judge Rebecca Beach Smith through the book at Javaid Pewaiz. On May 18th he was sentenced to 59 years in prison. Even with credit for good time, he is not eligible for release until he is 121 years old.

Through sentencing Perwaiz continued to maintain his innocence. His only request was that he be sentenced to a facility with good medical facilities. His request is quite ironic given how he deprived so many women of proper medical care.

“Motivated by his insatiable and reprehensible greed, Perwaiz used an arsenal of horrifying tactics to manipulate and deceive patients into undergoing invasive, unnecessary, and devastating medical procedures. These fraudulent and destructive surgeries caused irreversible damage to the victims. In many instances, the defendant shattered their ability to have children by using fear to remove organs from their bodies that he had no right to take. Despite having to endure immeasurable physical and emotional pain, the victims showed resilience, strength, and courage by speaking out and sharing their stories to hold the defendant accountable for his heinous crimes. While no prosecution can undo the lifelong trauma that Perwaiz cruelly inflicted on his patients, today’s sentence ensures that the victims and their families have the last word.”

And the last word is likely accurate. Given the length of his sentence, he will likely die in prison.

What isn’t in the media is how Perwaiz was caught. Although some of his patients may have had a suspicion, most believed him as he was their trusted OB-GYN. A hospital worker where Perwaiz performed the surgeries blew the whistle. And that brave action probably saved many other women from a similar fate.

Under the federal False Claims Act, whistleblowers with inside information about fraud involving government healthcare programs can receive a reward for reporting healthcare fraud. The rewards range between 15% and 30% of whatever the government collects from the wrongdoer.

In this case absent a “Hail Mary”, Dr. Javaid Perwaiz is headed to prison when sentenced in March. The government can still forfeit any assets that are the result of the millions of dollars he received in overpayments.

Whistleblowers are the new American heroes. Our mission is to help brave healthcare workers stamp out fraud and collect the maximum rewards possible.

Of all the types of healthcare fraud, medical necessity is one of the most difficult to prove.

Let’s take a doctor who bills for a one hour office visit but only spends 5 minutes with the patient. That same doctor then bills for 37 one hour visits during a 24 hour period. That is an easy fraud to prove.

But medical necessity requires a more subjective determination. Two doctors can legitimately disagree on whether a procedure is necessary or not. After all, that is why so many patients get second opinions. Simply because one doctor disagrees doesn’t mean the other is committing fraud.

Looking to the Centers for Medicare and Medicaid Services, (CMS) they define the term “medically necessary” as follows:

“Services or supplies that are needed for the diagnosis or treatment of your medical condition and meet accepted standards of medical practice.”

So, what does the phrase “accepted standard of medical practice” mean? CMS also defines that. The definitions, however, are not black and white.

Courts have been struggling with medical necessity cases for years. The accepted standard can’t be completely subjective. Instead courts look for help from experts and the current generally accepted standards of medical practice in a particular specialty.

As this case show, ultimately a jury may have to decide if a doctor went too far.

To learn more or to see if you are eligible for a reward, contact us online, by email or by phone 202-800-9791. All inquiries are protected by the attorney client privilege and kept strictly confidential. We accept cases nationwide.