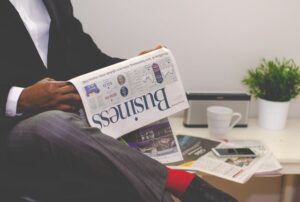 How Shell Companies Are Used to Conceal Fraud

Most whistleblower rewards are paid to those reporting frauds against the government. Unless that fraud involves a pharmaceutical giant (Medicare fraud) or big defense contractor, the typical reward is modest. By modest we mean under $1 million. We still love those cases and have dedicated our careers to chasing down fraudsters of all sizes.

Like a winery with a special reserve cellar, we have a second tier of whistleblower cases, the cases that typically pay rewards in excess of $1 million. Foreign Corrupt Practices Act (foreign bribery), FIRREA (bank fraud) and SEC Whistleblower cases (corporate reporting / phony books and records). Although the federal False Claims Act is responsible for billions of dollars collected each year and hundreds of millions of dollars in total annual rewards, the two largest whistleblower rewards have been from the IRS ($104,000,000.00) and the SEC ($114,000,000.00 paid in 2020).

In a series of posts, we will explore the rare world of ultra large rewards and how to find them. Each post will be cross referenced so as we add more posts to the series, each will be updated to have links to the entire series.

In this first of the series post, we look at the role of shell companies in complex and large fraud schemes.

What Is a Shell Company?

Wikipedia defines shell company as a company or corporation that exists only on paper and has no office and no employees but may have a bank account or may hold passive investments or be the registered owner of assets, such as intellectual property, or ships.

Investopedia has a better definition; a shell corporation is a corporation without active business operations or significant assets. These types of corporations are not all necessarily illegal, but they are sometimes used illegitimately, such as to disguise business ownership from law enforcement or the public.

You might be thinking that shell companies are illegal. They aren’t but as noted above, are often used for illegal purposes.

The FBI says that shell companies that have no legitimate purpose or operations are typically used conceal nefarious activities and the true identities of their beneficial owners. The strategic use of these entities makes investigations exponentially more difficult and laborious. The burden of uncovering true beneficial owners can often handicap or delay investigations. They frequently require duplicative, slow-moving legal process in several jurisdictions to gain the necessary information.

While many of these shell companies are formed offshore, many are also U.S. companies. Corporate formation is a matter of state law. In most states you can pay a small fee online and create a corporation in about 5 minutes. Depending on the state, you may be asked to name a manager or board of directors but that is about it. No U.S. state requires the company’s beneficial owners to be named.

Let’s use an example, a Singapore LLC that is owned by company in the Isle of Man which is in turn owned by an LLC in Mauritania. It could take years and court proceeding on multiple continents to figure out who owns or controls the Singapore LLC.

In October 2020, the government fined Goldman Sachs $2.9 billion. (We told you these were often big cases.) Their crime? The SEC says Goldman Sachs employees were bribing high ranking government officials in Abu Dhabi and Malaysia.

Did Goldman get out its checkbook and write a $10 million check to a foreign leader and enter into QuickBooks as a bribe? Of course not. The Commission says the money was funneled through shell companies.

Of the $2.9 billion in fines, $1 billion is attributable to the SEC for its enforcement of the Foreign Corrupt Practices Act (FCPA). That law allows the SEC to prosecute people who bribe or offer to bribe foreign government officials in return for some type of economic advantage.

The whistleblower rewards under the FCPA? Between 10% and 30% of whatever the government collects from the wrongdoer. Even a minimum reward would be $100,000,000.00.

We believe that Goldman Sachs knew exactly what it was doing. As one of the largest investment banks in the world, Goldman has a formal anti-corruption program in house. It’s “Anti-Bribery Policy” is applicable to all employees that “expressly prohibits improper payments to government officials intended to obtain or retain business for the company.”

Goldman Sachs’s Anti-Bribery Policy is overseen and enforced by both its Compliance Group and its Business Intelligence Group. The very business dealings that ultimately occurred were initially rejected by both these groups. Three times the compliance personnel said no. The fourth time senior Goldman managers figured out how to end run the compliance folks in their own company.

Let’s look at another example.

In the spring of 2019, dialysis and pharmaceutical company Fresenius agreed to pay over $231 million to settle FCPA charges. The Commission says the company was paying government officials in Saudi Arabia, Angola, and eight countries in the West African region. They also say that the Fresenius had inadequate books and records.

How did these bribes get paid? According to the SEC’s cease and desist order, by “funneling bribes through a system of third party intermediaries.”

Almost every Foreign Corrupt Practices Act case involves shell companies. And unless they have a very legitimate business purpose, most are used simply to hide bribes from regulators.  We say that shell companies are getaway cars for corporate “bank robbers”.

When companies use multiple layers of offshore shell companies, it becomes almost impossible to prosecute the company. As noted by the FBI, it could take years of litigation; litigation in a foreign land and with unsympathetic courts.

Even though it could take years of litigation, a smart regulator or special agent knows that the existence of an offshore company with no legitimate business purpose is probably a scam. If you see a bunch of shell companies all created recently and all being used by the same suspected wrongdoer, your hunch that fraud is afoot is probably correct.

U.S. states and foreign countries won’t tell you the beneficial owners of the entities but they will tell you the date of incorporation. For that reason, sophisticated crooks use aged shells. An aged shell company is one that has been in existence for a long period of time. Because they are older, they tend to appear more legit.

Whereas it only costs a few hundred bucks to create a shell company in most offshore privacy jurisdictions, the real criminals will often use a broker or service to find an aged shell. That is nothing more than a company that was created years ago and preferably once had a legitimate business purpose but is now just an empty shell.

The lawyers, brokers and offshore service companies that create these shell companies are frequent players in the world of money laundering and the bribery of foreign government officials. The chances of an auditor, regulator or law enforcement being able to discover a foreign bribery scheme or money laundering operation using  an aged shell company is quite low. That is why whistleblowers  play such an important role in anti-fraud and anti-money laundering efforts.

Insiders almost always find these schemes before Uncle Sam. And in many instances, large cash rewards are available.

It could take investigators years to unravel a scheme using offshore shell companies. Many times, these schemes go unnoticed. Whistleblowers, however, are the government’s leading tool in the fight against greed and corruption.

Ideal whistleblowers in FCPA and money laundering cases include:

Under the Foreign Corrupt Practices Act, whistleblowers can receive between 10% and 30% of whatever the SEC recovers from wrongdoers. Full details of the FCPA program can be found here.

If a shell company or US company is laundering money and U.S. bank is involved, there are also potential cash rewards pursuant to the FIRREA statute (Financial Institutions Reform Recovery and Enforcement Act of 1989). Those rewards cap at $1.6 million.

Much of the money laundering going on today is facilitated by foreign banks. Those banks may still be subject to FIRREA, however, if they have a U.S. affiliate (most do). That is what allowed the feds to extract a $1.9 billion fine from HSBC for its role in laundering money for Mexican drug cartels.

Although FCPA and SEC cases increased under the Trump administration, FIRREA rewards were nonexistent. We expect all will increase once the new administration takes office.

If you know of foreign bribery, money laundering involving banks, phony books and records or other violations of U.S. securities law and banking laws, give us a call. Working together, we can determine how best to stop the illegal practices, protect you from retaliation and get you the maximum award possible.

In the last several years we have helped our whistleblower clients recover over $100 million in awards. You could be next.

For general information, visit our FCPA whistleblower reward page and our FIRREA rewards page. Ready to see if you qualify for a reward? Contact attorney Brian Mahany online, by email at  or by telephone at 202-800-9791.