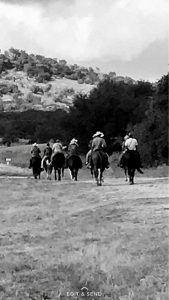 I live and work in Texas. This is cattle country. As beef prices soared in supermarkets, the ranchers I spoke with says they are actually getting paid less. So where is all the money going?

There are just two possible answers, the grocery stores or the meat packers… giant agribusiness conglomerates like JBS USA, Tyson Foods and Cargill.

We have all seen meat and many other basics fly off grocery shelves as panicked buyers stock up. In most instances, prices didn’t change. If grocery stores were behind the price gouging all prices would have increased. In fact, the grocery stores have been big advocates for consumers as they are the ones that receive the grief from consumers. As people are losing their jobs and pinching pennies, some prices like that for meat have increased dramatically.

The timing couldn’t be worse and there is no rational explanation except greed.

Key U.S. senators are investigating why some meat packers are making record profits during the pandemic. Iowa Senator Chuck Grassley said, “Beef is flying off grocery shelves but farmers are seeing prices go down. If packers are illegally manipulating markets during crisis, we need USDA & DOJ & CFTC to investigate and help farmers. Four companies control 80% of market & they’re taking advantage.”

Senator Grassley and three other senators from big cattle ranching states have called upon the Justice Department to investigate. The profit margins for the meat packers surged to over $600 per head of cattle while the prices paid to farmers fell. The U.S. Department of Agriculture and the Commodity Futures Trading Commission are also investigating.

Tyson Foods and Cargill, two companies we believe are reaping the rewards of record profits during the pandemic, say they are trying to “help” farmers. Tyson said it was increasing payments to ranchers during the grocery food shortages. Ranchers say the premium offered is just $5 per 100 lbs. According to a New York Times interview, a Nebraska cattle producer said, “They help but they’re not going to make whole the losses we’re taking.”

Who Are America’s Big Meat Packers?

With the except of Tyson foods, most meat packers are not household names. America’s top five beef producers are:

Some of these big agribusiness conglomerates are no strangers to controversy.

Cargill has racked up $141 million in environmental fines and penalties in recent years. They have also paid almost $8 million in fines for price fixing and anti-trust violations.

Since 2000, JBS USA has paid a combined total of $34,709,000 in fines and penalties. National Beef Packing, a Brazil headquartered business and OSI had much smaller penalty numbers.

Congress has long been wary of the ability of the big beef processors to fix or control cattle prices. There have been several legislative attempts to prevent meat packers from also owning livestock.

Pricing fixing is against the law. Conspiring with other meat packers to fix prices paid to farmers is an antitrust violation. Proving those violations isn’t easy, however. It requires an insider.

Under the CFTC Whistleblower Program, whistleblowers with inside information about violations of the Commodity Exchange Act can receive a monetary reward of between 10% and 30% of whatever the agency collects from wrongdoers. Since the program began in 2014, the agency has paid approximately $100 million in rewards.

To qualify for a reward, there must be a violation of the Commodity Exchange Act and the sanctions ordered must exceed $1 million.

Price fixing, price manipulation and the use of “deceptive devices” to manipulate commodity prices are all actionable under the Commodity Exchange Act. Since the CFTC regulates beef futures, the agency has jurisdiction to investigate and prosecute these cases.

The CFTC Whistleblower Program also has substantial anti-retaliation provisions to protect workers. No employer or manager can impede an individual from communicating directly with the CFTC’s staff about potential violations. It is also illegal to enforce a confidentiality agreement or pre-dispute arbitration agreement regarding such communications. Victims of retaliation are entitled to reinstatement, back pay, court costs, expert witness fees, and attorney’s fees.

If the beef processor is a public company, the SEC could also have jurisdiction. Like the CFTC, the SEC also maintains a whistleblower reward program.

Proving price fixing isn’t easy without an insider. That is where whistleblowers can help. Last year the CFTC announced that 40% of its successful enforcement cases began with a whistleblower tip. With Congress and multiple agencies focused on companies that are gouging consumers during the pandemic, now is the best time ever for whistleblowers with inside information about beef price manipulation to step forward.

The whistleblower lawyers at Mahany Law have helped whistleblowers recover over $100 million in rewards. Our mission is simple, empower whistleblowers to stop fraud and greed, help our clients receive the highest rewards possible and protect them for illegal retaliation.

We have thousands of text searchable posts on our website. If you have a question, we have an answer.

We accept CFTC and other whistleblower cases on a contingent fee basis meaning we don’t get paid unless you get paid. All inquiries are protected by the attorney – client privilege and are kept strictly confidential. Cases accepted anywhere in the United States. Foreign bribery cases accepted worldwide.