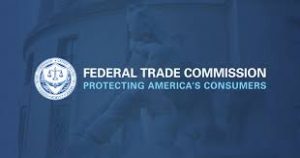 Getting Too Many SPAM Robotexts? Learn How to Fight Back and Get Cash

Almost as annoying as unwanted telemarketing calls are those spam texts. Both are illegal unless you have consented to the calls (there are a few narrow exceptions).  This month Navy Federal Credit Union agreed to pay $9,250,000.00 to settle charges that it violated the Telephone Consumer Protection (TCPA) by sending thousands of unwanted text messages to people who weren’t even credit union customers.

Many people know that the TCPA bans unwanted telemarketing calls but it also applies to unwanted or SPAM text messages.

Ben Hawkins filed his lawsuit in 2019. He says he received almost 500 text messages from Navy Federal Credit Union (NFCU). Ben never consented to the texts, never had an account at the credit union and had never been a customer. He apparently wasn’t alone. NFCU apparently sent texts to as many as 66,000 non-members. (The credit union is the largest credit union in the United States both by number of members and in the amount of assets.)

Ben filled his lawsuit as a class action meaning that if certified, it will apply to all nonmembers who received unwanted text messages between September 15, 2015 and now.

Although it denies wrongdoing, NFCU says it has agreed to pay $9.25 million to settle the charges. No matter how many people opt into the class, the credit union must still pay the entire $9.25 million.

NCFU says it believes texts were sent to 5.9 million cell phones. Most of the numbers belonged to members. (The credit union has 8 million members.) Determining exactly how many nonmembers received texts versus those who were nonmembers would be difficult since NFCU outsourced the text message campaign to a third party, Montise, now known as Fiserv.

The data from the call center that ran the campaign was deleted two weeks before the lawsuit was filed.

Assuming the settlement is approved, a claims administrator court will attempt to send notices to the name and address associated with the 66,000 numbers believed to be nonmembers. Everyone who opts into the settlement will receive a pro rate piece of the $9.25 million settlement. Class members that have proof of multiple texts can receive a larger portion of the settlement depending on how many texts they can prove were received.

Class members that want to opt out and file their own individual lawsuit can do so. In our experience, few do.

Violations of the law carries damages between $500 and $1500 per call or text.

Assuming that each of the 66,000 people nonmembers only received one call, that is still penalties of at least $33 million. If everyone received dozens or hundreds of calls like Ben Hawkins, the damages would be in the billions.

Typically class action cases for robotexts settle for pennies on the dollar. The cost of bring 66,000 lawsuits would be astronomical and impractical as would be expecting a credit union to write a billion dollar check. Because consumers are getting much less than the $500 minimum penalty established by Congress, class action settlements must be approved by the court. The law requires the court to find that the settlement is “fair, reasonable and adequate.”

For bringing the action, the class representative is typically paid an additional $5,000.

Ben Hawkins filed the lawsuit described in this post over unwanted text messages. NFCU was previously sued, however, just a few years ago over unwanted phone calls. The person bringing that lawsuit, Ronald Munday, says he was called repeatedly and even after asking that he be put on their do not call list. Like Ben Hawkins, he also wasn’t a customer of the credit union.

Hopefully Navy Federal will finely earn their lesson. Credit unions are owned by their members. Having to pay millions in fines can’t be making their members happy.

The consumer protection legal team at Mahany Law has successfully prosecuted claims under the Telephone Consumer Protection Act. No likes robocalls and unwanted text messages. If you receive a call or text, ask the caller to place you on their do-not-call list or follow the instructions on the text message to opt out.\

Technically, unless a wrong number, callers aren’t even allowed one mistake although we typically give everyone the benefit of the doubt BUT JUST ONCE. In our experience the calls and texts just keep rolling in even if you ask the caller to stop. In fact, some really bad actors look at opt-out requests as proof that the number is a working number and will actually increase the number of unwanted calls.

Recent cases show that courts are willing to hold the company behind the calls legally responsible for the fines even if the calls were coming from an independent, third party call center. That is what happened in this case. NFCU contracted out the text message campaign to Fiserv.

Most telemarketing calls today and many unwanted robotexts come from unscrupulous companies that can’t easily be sued. Often these companies falsely use the name of a legitimate company, operate offshore call centers beyond the reach of U.S. courts or use spoofed phone numbers. Unfortunately, there is little we can do to stop these unwanted calls and texts.

If you get a call from someone offering a work from home job, cheap health insurance, medical devices, student loan relief or ways to lower your credit card interest, we probably can’t help. These are usually scams and not even legitimate businesses.

To learn more, visit our TCPA cornerstone post, How Do I Sue a Telemarketer for Unwanted Calls. Ready to see if you have a case? Contact us online, by email or by phone at 202-800-9791. Cases handled nationwide. There is never a fee unless we win.