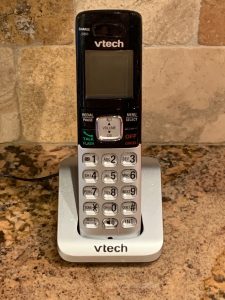 Is Your Mortgage Company Charging You Illegal Pay by Phone Fees? In Many States, Pay-to-Pay “Convenience Fees” Are Illegal.

Most financial service companies give consumers several options to make their monthly mortgage payments. Some consumers may choose to pay bills by phone using an automated system or speaking with a live customer representative. Others continue to mail their payments each month.

Today many people pay their bills today online or by telephone. Giving consumer the ability to pay bills electronically saves the hassle of writing checks and hoping they are received on time. Some mortgage companies, however, are gouging homeowners with ridiculous online fees, “convenience” charges and telepay service charges. In many states, these fees are illegal.

MahanyLaw is investigating these fraudulent practices. Suing your bank over a $15 fee isn’t practical. It would be nearly impossible to find a lawyer to take such a case and the court fees in most jurisdictions are at least $100.

Banks and loan servicers know that even if their fees and surcharges are illegal, homeowners are virtually powerless to do anything about it. That is why we are seeking to launch several class action cases against banks that gouge their customers.

States Where Phone and Online Convenience Fees Are Illegal

Several states have enacted consumer protection statutes that either limit or prohibit so called convenience fees.

States where pay by phone fees for mortgage payments are restricted include:

If you were charged pay-to-pay convenience / pay by phone fees in these states, you may be entitled to a refund of those charges.

What Will a Class Action Do for Me?

We believe pay by phone fees for mortgage payments are either forbidden or restricted in the 8 states listed above. It takes about fifty cents (50¢) to process a mortgage payment by phone but some banks and mortgage companies are charging $15. Other lenders have failed to disclose these fees in their loan documents.

We are planning class actions to claw back these surcharges and return the money to borrowers. In some states, borrowers may also be entitled to damages. Hopefully these lawsuits will teach banks a lesson they won’t quickly forget. By calling the court’s attention to these illegal practices, we hope to prevent similar scams in the future.

The CFPB and Phone Convenience Fees

Banks should know better than to charge excessive pay by phone fees. In July 2017, the government’s Consumer Financial Protection Bureau CFPB warned banks about telepay surcharges. The agency’s director Richard Cordray said, “The Bureau is warning companies about tricking consumers into more expensive fees when they pay bills by phone. We are concerned that companies are misleading consumers about pay-by-phone fees or keeping them in the dark about much cheaper or no-cost payment options.”

Did bank’s listen? Unfortunately many did not.

Are Pay by Phone or Convenience Fees Illegal?

In many cases, so-called online or pay by phone convenience fees are illegal. There are several legal theories that can be used to prosecute these cases.

The CFPB doesn’t prohibit pay by phone and other convenience fees. They simply want banks to be transparent about their fees and ensure the fees aren’t excessive. At least eight states (California, Florida, Massachusetts, Michigan, North Carolina, Texas, Washington and West Virginia) have even more restrictions.

We are interested in speaking with homeowners in these states that have paid fees or surcharges to pay their mortgage by phone or online. We call these fees “pay-to-pay” because you are forced to pay a fee simply to pay your bills!

My State Isn’t on the List, Can You Help Me?

The eight states listed above have very consumer friendly laws designed to protect consumers against predatory billing practices. That doesn’t mean homeowners in other states aren’t protected, however.

Most home mortgages written in the United States are backed by the Federal Housing Administration (FHA), Fannie Mae or Freddie Mac. These agencies have rules protecting borrowers from undisclosed fees. Even fees that are disclosed, mortgage companies are not allowed to charge for more than the cost of the service. If it costs 50¢ to process a pay-by-phone fee, they shouldn’t be charging $14.95 for the service.

We have long been involved with investigations into Freedom Mortgage. In 2016, Freedom paid $113 million in penalties for violating FHA rules.

In October of last year, Neri and Leonila Urbina filed suit against Freedom Mortgage company in California. The couple own a home in Bakersfield.

The Urbinas elected to make their payments by phone. Each time they did so, they were charged a $15 fee. Over the life of a 30 year mortgage, those fees would add up to $5,400!

When the Urbinas checked their loan documents, they realized that Freedom was limited to only charging fees that were authorized by the FHA. Pay-to-pay fees are not authorized.

The Urbinas case is filed as a class action on behalf of all California residents with home mortgages serviced by Freedom Mortgage.

Freedom denies the charges. They say that phone service charges are common in the industry and cite to similar charges imposed by U.S. Bank, Mr. Cooper and PennyMac. (Do you remember when you were a child trying to explain to your parents that you shouldn’t be punished because other kids were doing the same thing?)

Freedom also argues that the fees charged to the Urbinas were somehow their own fault. “[T]o the extent Plaintiffs incurred any convenience fees, they did so not as a result of any breach by Freedom Mortgage, but as a result of their own voluntary decision to use an optional payment method with a fee, rather than any of the myriad of other payment methods available without convenience fees.”

In a similar case filed in March 2020, Vincent Morris claims that Ocwen charged him processing fees between $7.50 and $17.50 each time he made his monthly mortgage payment online or by phone. His loan statements called these “SpeedyPay” charges.

It’s not up to consumers to search through thousands of pages of complex banking regulations to know what charges are legal and what charges aren’t. That is the bank’s responsibility and they were warned about pay by phone fees.

Using a different legal theory, Morris said those fees were never authorized in any of the loan documents he signed and were illegal under the Florida Consumer Collections Practices Act. Ocwen has a terrible reputation for customer service and illegal overcharges.

Subject to court approval, Ocwen / PHH has settled the class action by agreeing to credit borrowers between 12% and 18% of the conveinence fees paid.

Who Else Is Being Sued for Pay by Phone Fees?

In addition to the phone surcharge lawsuit against Freedom Mortgage, we are aware of similar allegations against Nationstar, Flagstar Bank and M&T Bank in California. And let’s not forget perennial serial violator Wells Fargo. We are told that they are doing the same thing in Florida.

I Was Charged Phone Service Fees, How Do We Get Started?

There are several online class action organizations that are actively seeking pay-by-phone cases. One company presently advertising for mortgage pay-to-pay phone fees says, “One of the attorneys working with [name of publication] may then reach out to you directly.” In other words, your name and contact information are being sold to a law firm that isn’t clearly identified.

With Mahany Law, you know who you are dealing with; a law firm that has been successful in bringing claims against mortgage lenders. In fact, we served on the team of lead lawyers in the 2014 case on behalf of the United States against Bank of America; a case that recovered $16.7 billion dollars. The largest successful recovery against a single bank in U.S. history.

To learn more, send us your name, contact information, state where your home is located, the name of your mortgage servicer (company receiving your mortgage payments) and information about the surcharges you are paying. You can contact us online or by email at . All inquiries are kept strictly confidential.

Disclaimer. All inquiries are kept confidential. Remember, this is an investigation. We try respond to everyone who contacts us but that doesn’t mean we are your lawyer. If we believe we can help you, we will let you know and discuss next steps.