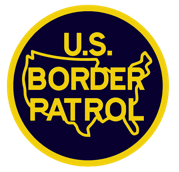 The plight of undocumented workers in the United States brings up strong emotions on all sides of the issue. Americans – whatever their birth place may have been – want to protect their jobs. Knowing that this great country was built by immigrants, many of us are also concerned about the plight of South American families who may have been living here for years but with questionable legal status. Given the many facets of the debate it is possible to want to both protect American jobs and the families of undocumented aliens.

The political debate of who should stay and who should go is not one for this blog. We respect the opinions of both sides. That said, we are not afraid to tackle some of these tough issues. In this post we examine whether folks reporting employers who hire undocumented workers can receive cash whistleblower rewards. We believe the answer to that question is yes.

First, let’s discuss the recent ICE raids on chicken processing plants in Mississippi. Then we will discuss the federal False Claims Act and how that can apply to undocumented workers who are hired on government contracting jobs.

False Claims Act cases are filed under seal meaning they are secret. This blog post is not dealing with hypothetical “what ifs.” We are aware of pending claims working their way through the system.

Earlier this month federal agents with Immigration and Customs Enforcement arrested 680 people in Mississippi. All were workers at 7 different chicken processing plants. Immigration officials say the men and women arrested were in the United States illegally.

Now that the dust is settling, authorities claim that six of the seven plants that employed these workers knew about their employees’ questionable work status.

Federal law requires employers to verify the employment eligibility of new workers (Section 274A of the Immigration and Reform Act of 1986). This is done whether the new hire is considered a citizen or not. A business that repeatedly and knowingly hires undocumented workers can be prosecuted. Intentional hiring these workers can land you in jail.

An AP article says at two plants owned by the same Chinese man “actively participated” in the fraud. They say that evidence at four other plants suggest that managers knew or should have known that workers were using fake documents to gain employment.

We looked behind the scenes to see if this was true. To do so, we obtained an affidavit from a Homeland Security Investigations special agent. He documented his investigation into PH Food and A & B Inc,. Both companies operate chicken processing plants in Mississippi.

PH Food and A & B Inc are owned by Huo You Liang a/k/a Victor Liang. This post is confined to PH Food but similar findings were made at a total of 6 of the 7 plants raided by agents.

Homeland Security says they received a tip in February about undocumented aliens from Mexico using fake identification. Shortly thereafter, ICE agents arrested several workers who were found with false paperwork. One was using the identity of a U.S. citizen living in South Carolina and three others had IDs belonging to local Mississippi residents

Stolen identity cases bring their own set of problems. Often the identify theft victim is falsely arrested or subject to court judgments and negative credit history caused by the perpetrator use of the victim’s name and identity.

Identity theft or forged documents are obviously illegal. But that is not enough to implicate the company. To hold the employer responsible, the employer must have known or “should have known” the documents were false and that the employees were not eligible for employment.

That may seem like a bunch of legal mumbo jumbo but it is important in context of whistleblower rewards. There is no reward for reporting undocumented workers. The reward opportunity comes into play if the employer knew or should have known of the illegal workers. (We are sensitive to the term “illegal.” Here it means undocumented or folks with forged / stolen documents.)

In the case of PH Foods, ICE interviewed an employee named Heather C****** who confirmed that managers knew of problems with some of the plant workforce.

Agents checked the records of the E-Verify employment system and found that although the company ran over 1000 employment checks through the system, some of the undocumented workers do not appear to have been processed.

The interview of a payroll processing employee, interviews of workers, a confidential employment and the E-Verify system records suggest the company knew that it was employing undocumented workers.

The federal False Claims Act is a Civil War era anti-fraud statute that empowers ordinary Americans and allows them to bring fraud prosecutions on behalf of the United States. Under the Act, a person with inside information about fraud involving government funds can collect a reward for reporting the fraud.

The seven chicken processing plants in Mississippi that allegedly employed undocumented workers do not receive federal funds. To be clear, reporting these 7 companies or their workers does not qualify you for a reward.

Government contractors are required to abide by all rules and laws when doing work for Uncle Sam. Sometimes that means complying with all labor laws.

Several government infrastructure jobs also require contractors to comply with the Davis Bacon Act. That law dates back to the 1930’s and the Great Depression. Under Davis Bacon, contractors and subcontractors supplying labor on federally funded for the construction or repair of public buildings or public works must pay their laborers and mechanics employed under the contract no less than the locally prevailing wages and fringe benefits for corresponding work on similar projects in the area.

We are currently investigating a claim where a contractor subject to Davis Bacon hired undocumented workers, paid them substandard wages, collected the full wages from the government and pocketed the difference.

No matter where you stand on immigration reform, everyone loses in that scenario.

Taxpayers lose because they are paying for a project that should inject money into the community by paying prevailing wages. Instead, a shady contractor is pocketing the money.

Legitimate contractors lose because they can be easily underbid by the shady contractor who has a built in cushion funded off the backs of its underpaid, undocumented workforce.

The undocumented workers lose. Instead of being paid livable wages as required by the law, they get whatever crumbs the employer decides to throw their way. And the employer knows that those workers don’t dare complain lest they be deported.

We firmly believe that whenever we uncover a scam, there are twenty more just like it. That is why we are writing this post. We need your help in identifying other similar scams.

We are a nation built on the rule of law. Whatever immigration reform may emerge from Congress, we have laws and they should either be enforced or changed. Whistleblowers have an important role in stopping corruption. Assuming the feds are right on their claims against 6 of the 7 processing plants, we now know a few companies and their owners are profiting of the backs of undocumented workers… workers who can’t afford to report their pay or work conditions to the authorities.

This post is about stopping these employers. If you have inside information about businesses receiving federal funds and knowingly employing undocumented workers, you may be entitled to a cash whistleblower reward.

Under the False Claims Act, whistleblowers are entitled to receive between 10% and 30% of whatever the government recovers from the wrongdoers. And powerful anti-retaliation laws protect those employees who step forward.

Several states have their own prevailing wage laws. If the state also has a False Claims Act that applies to state government contracts, state whistleblower rewards may be available.

For example, the New Jersey False Claims Act applies to state funded contracts. In May of 2018, Ranco Construction was ordered to pay $1.5 million for paying workers on government projects below prevailing wages. When an electrician at the company complained, he was fired.

After being fired, the electrician brought a formal complaint. The state took over the case and ultimately, the company was ordered to pay a fine. The worker who blew the whistle also received a sizeable reward.

Whistleblower Cases Are Secret While Investigated by the Government

As we noted, retaliation against whistleblowers is illegal. Some whistleblowers still worry and do not want the hassle of protracted litigation. We understand. The good news is that False Claims Act cases are filed under seal meaning they are secret. That gives workers months or years to find a new job before their names are disclosed.

To recap, we know that hiring undocumented workers is illegal. So is firing workers for reporting the company (retaliation). Because these cases sometimes remain under seal for years, whistleblowers have a year or more to find new employment.

If you have information about businesses doing business with the government and using undocumented workers or improperly paying them, contact us.

To learn more, visit our government contractor fraud whistleblower page. Ready to see if you qualify for a reward? Contact us online, by email or by phone, 202-800-9791. All inquiries protected by the attorney – client privilege and kept completely confidential.