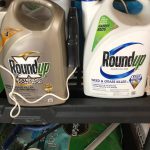 Two BILLION Dollars? Yup! “What Does the $2 Billion Monsanto Roundup Case Mean for Me?” Keep Reading. If You are Suffering from Certain Cancers, It Means Plenty

Many of the jurors in Alameda County, California haven’t even had dinner yet but the Internet is abuzz about the case they decided hours ago. A state court jury in Oakland awarded Alva and Alberta Pilliod, husband and wife, over $2 billion after finding the couple most likely developed cancer from their use of the popular weed killer, Roundup. As news of the victory spreads, we are already getting questions.

One question that is surely on a lot of people’s minds is, “What does the $2 billion Monsanto Roundup case mean for me?” Great question. Before we answer, let’s look at what happened today.

Earlier today jurors awarded the couple $2,055,000,000.00 in damages. Jurors believe that the couple developed non-Hodgkins lymphoma as a result of exposure to Roundup. $2 billion of the award represents punitive damages while $55 million represents the jurors’ best estimate of the couple’s damages.

The Pilliods trial began 5 weeks ago. It comes on the heels of a $278 million win by former school groundskeeper DeWayne “Lee” Johnson and $80 million awarded to homeowner Edward Harriman. Both men are from California and both said they contracted non-Hodgkins lymphoma because of exposure to Roundup.

The Pilliods trial pitted experts from both sides against each other. Both Monsanto and the couple called oncologists, toxicologists and pathologists as witnesses. The Pilliods (and we) believe their cancer was caused by exposure to glyphosate, the active ingredient in Roundup and other popular weed killers.

An interesting twist in this case was testimony about the emulsifier used in Roundup. The Pilliods’ expert claimed that this emulsifier makes Roundup up to 50 times more dangerous. An emulsifier is a product that lowers the surface tension between a liquid and a solid. It helps the liquid better dissolve. We believe an internal Monsanto email shows that management knew this too.

Emulsifiers are essential for weed killers. In order to best do their job, weed killers need to get absorbed by the plant so that the roots quickly die.

Dr. William Sawyer, told the jury that Monsanto made glyphosate 50 times more toxic by selling its Roundup formula with polyethoxylated tallow amine — or POEA — an emulsifier that is banned in Europe. Just like an emulsifier helps Roundup penetrate a plant’s leave so it can kill the roots, our worry is that POEA allows Roundup to be absorbed into the human body through the skin.

Sawyer says the surfactants such as POEA allow glyphosate to penetrate the skin. The body then stores the glyphosate and ultimately allows it to go to the bones. Many experts believe that is why there are increased incidents of non Hodgkins lymphoma by people exposed repeatedly to Roundup and similar herbicides.

Like the last trial, tensions were high during the trial. The Pilliods claim that Monsanto was feeding the EPA bad science. They asked the jury to punish the company by imposing punitive damages. The jury was certainly listening.

What Does the $2 Billion Monsanto Roundup Case Mean for Me?

If you are the plaintiff in one of the 13,400 cases already filed against Monsanto, don’t expect a billion dollar lawsuit recovery. Bayer doesn’t have enough money to pay everyone, especially with an average recovery in the 9 figures. This means your actual recovery will probably be much lower.

In fact, not even the Pilliods should expect a $2 billion check. Jury awards for  punitive damages are usually reduced by the judge. In the first test trial – the case involving school groundskeeper DeWayne Johnson – the court drastically reduced the punitive damage award.

Depending on where you live, some juries are far more liberal than others. Simply because a jury in liberal Oakland awarded $2 billion doesn’t mean a jury in Fargo, North Dakota would do the same. And in some states, punitive damage awards are limited and pain and suffering damages capped.

Because there are an estimated 13,400 Roundup cancer cases pending, the courts have created a “multi district litigation” (MDL) procedure for these cases. That means they are consolidated before one judge for discovery and procedural matters. Consolidating the cases doesn’t mean they are considered a class action, however.

Typically in MDL cases, the judge overseeing the cases will order several “bellwether” trials to determine liability and establish a range of damages. If the bellwether cases are successful as they have been so far, the company being sued will often create a settlement fund. Depending on the type of damages and other variables, different settlement ranges will be created to address the cases.

Most plaintiffs settle within the parameters, especially since the cost to try an individual case could be several hundred thousand of damages. As a pure hypothetical, that may mean for people with myeloma that is in remission, the settlement might be $150,000 to $250,000. For a covered cancer not in remission, $250,000 to $350,000 and for a person who had cancer, was in remission but now fighting the same cancer again, $500,000 – $650,000. [The number used are for illustrative purposes only.]

Many cancer survivors or families with someone who died already don’ t even know they have a claim. Others may not even develop cancer for years. That means thousands of claims are surely to follow in coming years.

If you or a loved one is suffering from NHL (lymphoma), myeloma or leukemia, contact us. We can help you fight back and get the compensation you deserve. Did a family member recently die from one of these diseases? If they were a regular user of Roundup, their estate may also have a claim.

To learn more, visit our Roundup cancer victim page as well as our Roundup FAQ and links page. Both connect to our two short, must see videos. Ready to see if you have a case? Contact us online, by email or by phone 202-800-9791. Cases accepted throughout the United States.