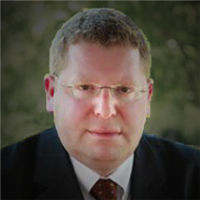 Look Closely at the Reporters in the Netflix Movie The Laundromat and You Will See Our Own David Weber Playing a Reporter. Weber Had a Much Bigger Role in Both the Movie and the Fight Against Fraud. In This Post We Not Only Review the Movie, We Describe How You Can Earn a Cash Reward from the IRS for Reporting Offshore Tax Cheats and Money Launderers

[Updated through December 2020] The Panama Papers, a 2016 data leak that shook the world by revealing what the rich and powerful do in secret and how they hide their money, has hit the big screen with the Netflix film The Laundromat. Directed by Steven Soderbergh, The Laundromat is a dark comedy that explains the harsh realities of global finances. Those harsh realities are provided in part by David Weber, of counsel at MahanyLaw, who served as technical advisor on the film (and had a cameo as Panamanian reporter #1). Known as an expert on financial fraud, David also helped reporters analyze the 11.5 million leaked documents during the Panama Papers hack in 2016.

Although based on real events, The Laundromat is centered around the story of protagonist Ellen Martin (Meryl Streep), a woman celebrating her 40th wedding anniversary with her husband, Joe (James Cromwell). While on a boat tour of Lake George, a freak accident causes the boat to capsize, killing 22 people—including Joe.

Ellen’s lawyer anticipates she’ll get a seven-figure settlement for the accident, but it turns out there’s no insurance to pay for it. The owner of the boat company, played by David Schwimmer, thought he was insured by a company called Monarch, but it’s just one of dozens of shell companies owned by a mysterious businessman. Monarch refuses to cover the claim, Ellen and the other victims receive meager settlements, and the boat company struggles to recover.

With what little money she receives, Ellen plans to start over in Las Vegas, where she’s purchased a condo that overlooks the corner where she met Joe. But before she can move in, her real estate agent (Sharon Stone) says that her offer has been outbid by Russian buyers, who paid double the asking price in cash. Outraged, Ellen becomes obsessed with figuring out why the wealthy can take advantage of her and other average people with no consequences.

Ellen’s story is narrated by Jurgen Mossack (Gary Oldman) and Ramon Fonseca (Antonio Banderas), fictitious versions of the lawyers who founded the law firm at the center of the Panama Papers leak. While introducing each segment of the film, Mossack and Fonseca explain that their job is to give clients “privacy” by setting them up with offshore bank accounts and shell companies. These shells exist only on paper and are nothing more than a phone number in a country with favorable banking laws, yet they entitle their owners to huge financial benefits.

Mossack and Fonseca also introduce viewers to a few of the people they’ve done business with. There’s Boncamper, a Mossack Fonseca envoy who’s hiding a second family in the West Indies from his family in Miami. There’s Charles, the African businessman who bribes his own wife and daughter with millions of dollars every time he gets himself in hot water. And there’s Maywood, a British money launderer who helps Chinese politicians hide bribe money with offshore shell companies.

Mossack and Fonseca argue that the shell companies they helped create are legal, which is unfortunately true to a point. Less true is their claim that they have no responsibility when their clients do illegal things with the privacy they’ve given them.

Both the plot of the film and the real-life Mossack Fonseca firm come to a halt in April 2016, when the Panama Papers data leak reveals millions of documents showing how the firm helped the 1% use shell companies to commit fraud and evade taxes. The film uses real news footage to show the gravity and aftermath of the Panama Papers leak: hundreds of high-profile businesspeople were named, the prime ministers of Iceland and Pakistan stepped down, and Mossack and Fonseca were arrested. They spent three months in jail for creating shell companies that allowed Odebrecht, a Brazilian construction company, to launder bribes to politicians.

Mossack and Fonseca get what’s coming to them both in reality and in the movie, but what happens to Ellen? She gets a somewhat happy ending, in a twist that we won’t spoil. It’s a bit of creative license on the part of the writer, Scott Burns, but it’s a satisfying ending to the film.

The Laundromat closes with a sobering statistic: 60 of the largest companies in the U.S. paid no taxes on more than $79 billion in 2018. Although the Panama Papers leak sparked investigations across the world, corporations, banks, and businesspeople are still using legal loopholes to maximize their profits, usually in secret and with impunity. And every time the wealthy and powerful evade taxes and commit fraud, the burden falls on the little guy. Ellen may not be real, but her story is, and that’s what drives us to hold corporate fraudsters accountable under the law. There are millions of Ellens out there who just want to live comfortable lives, without being taken advantage of by the rich. We’ll keep advocating for them, and hopefully, The Laundromat will empower them to take their own action.

Before the movie was even released, the threats of lawsuits were flying. Crooks never like a light shining on their nefarious activities and Netflix’s the Laundromat was as bright as the sun. Inevitably, lawsuits were filed… we will continue to monitor the situation. [Ed. Note: Our December 2020 update on the litigation appears at the end of this post.]

We couldn’t end this post without tying it to our whistleblower practice. What the movie doesn’t say is that cash whistleblower rewards are available for people with inside information about American taxpayers who conceal money in offshore accounts and the banks and lawyers who help them set up those accounts.

Americans can have offshore accounts but they are required to disclose the account each year to Uncle Sam and pay taxes on any income derived from those accounts. Unfortunately, there are tens of thousands of Americans who continue to use offshore accounts and financial instruments to evade taxes.

Under the IRS Whistleblower Program, folks who report these offshore tax cheats can get up to 30% of what the government collects from them including interest and penalties.

For more information, visit our offshore tax fraud and Panama Papers pages. Ready to see if you qualify for a reward? Contact us online, by email or by phone 202-800-9791. All inquiries are protected by the attorney – client privilege and kept strictly confidential.

Jurgen Mossack and Ramon Fonseca as well as their now defunct law firm, Mossack Fonseca sued Netflix over the release of the Laundromat. They claimed that Netflix was guilty of libel, “false light privacy”,  trademark dilution and tarnishment and  federal false advertising violations.

California has an anti-SLAPP statute like many other states. The purpose of these laws is to deter lawsuits brought primarily to chill the valid exercise of the constitutional rights of freedom of speech. According to California’s law,

A cause of action against a person arising from any act of that person in furtherance of the person’s right of petition or free speech under the United States Constitution or the California Constitution in connection with a public issue shall be subject to a special motion to strike, unless the court determines that the plaintiff has established that there is a probability that the plaintiff will prevail on the claim.

Although we believe the events in the film are accurate, Netflix took an extra step an inserted a disclaimer saying the Film “is fictionalized for dramatization and is not intended to reflect any actual person or history.”

That was enough for the court. On December 23, 2020, a federal judge in California granted Netflix’ motion to dismiss Mossack and Fonseca’s complaint. This is the third unsuccessful attempt by the Panamanian law firm to sue.

Why the two lawyers would even challenge Netflix is puzzling. The judge in the U.S. case brought against Netflix noted,

The Film also depicts Fonseca and Mossack being arrested after the Panama Papers were released, and states Plaintiffs were in jail for approximately 3 months. The [complaint] alleges criminal charges were brought against them in Panama, that there are “two current prosecutions” against them that “resulted in ‘country arrest’ and bail,” and “both cases were precipitated by media accounts of ‘Panama Papers’ allegations.” Accordingly, the Film’s depiction of Plaintiffs’ arrest is not false.

Lawyers that help Americans evade taxes are not above the law. In our humble opinion, Mossack and Fonseca’s repeated lawsuit attempts are nothing more than bully behavior. They first tried to stop the release of the movie and then tried to sue after it was released. Some folks just never take responsibility for their mistakes.

If you have information about lawyers, accountants, banks or offshore service companies trying to help American taxpayers evade taxes, you may be entitled to a cash reward. Former UBS Bradly Birkenfeld stepped forward and became a whistleblower and received a $104,000,000.00 reward for his efforts.  You could be next.