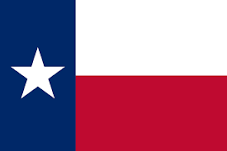 Most folks have heard the expression, “Everything is bigger in Texas.” Unfortunately, a group of doctors proved that true with healthcare fraud.  Texas Medicare fraud has always been a problem. With 28.7 million people occupying the Lone Star state, we are bound to have more fraud.

In 2013, Gordon Bachman began what would become one of the largest Medicare fraud cases in the state’s history. His story is worth reading for many reasons. It shows how whistleblowers can be rewarded for blowing the whistle and why even people who might have had some complicity in the fraud are better off coming forward.

Bachman was an officer of US Physician Home Visits and several other companies. That’s important to the story because Bachman blew the whistle on his own company. He also blew the whistle on wrongdoing by Dallas Medical Center, a for profit hospital owned by Prime Healthcare.

Two of the owners of US Physician Home Visits, Myrna Parcon and Dr. Noble Ezukanma are presently serving lengthy prison sentences. Parcon pled guilty to conspiracy to commit healthcare fraud and was sentenced to “just” 10 years.

*Besides being sentenced to prison, Ezukanma lost his medical license. Assuming he wants to practice medicine when he gets out in seventies, he can’t. At least not here.

Dr. Ezukanma decided to roll the dice with a jury and lost. He was sentenced to almost 17 years in prison. He was 57 when sentenced meaning he will be old when released. (While 74 isn’t “old”, people don’t age well while in prison.)

After Bachman came forward, law enforcement officers raided US Physician Home Visits and the homes of Parcon and Ezukanma.

As we often see in whistleblower cases, when the feds decide to take criminal action, the whistleblower claims are put on hold. Bachman was patient, however.

The feds indicted Parcon, Ezukanma and many others. A Justice Department press release said this about the arrests,

“The indictment alleges that USPHV [US Physician Home Visits] submitted billing primarily under Dr. Ezukanma’s Medicare provider number, regardless of who actually performed the service. They billed at an alarming rate, generally billing for only the most comprehensive physician exam, and always adding a prolonged service code. USPHV submitted claims to Medicare for physician visits of 90 minutes or more, when most visits took only 15 to 20 minutes. Most all of USPHV patients came from home health companies soliciting certifications and re-certifications for home health. More than 97% of USPHV Medicare patients received home health care, whether they needed it or not.’

In other words, patients were getting therapy whether or not they needed it and taxpayers were paying inflated prices. Imagine paying for a ninety-minute massage but only getting 15 minutes on the table. You would be quite angry. Well taxpayers should be angry too!

If you think billing for a 90-minute visit was bad (while only spending 15 minutes on the visit), Parcon and Ezukanma elevated overbilling to an artform. Bachman says that on 12 different occasions, Ezukanma billed over 100 hours in a 24 hour period. In fact, one 24-hour period he billed as if he spent 205.9 hours with patients. That is more than most house call doctors can bill in a month!

Medicare only pays for House calls if the patient is home bound. That is defined as having “a condition due to an illness or injury that restricts their ability to leave their place of residence except with the aid of: supportive devices such as crutches, canes, wheelchairs, and walkers; the use of special transportation; or the assistance of another person; or if leaving home is medically contraindicated.”

To qualify for home visits, a doctor has to periodically sign off after examining the patient and certify they need home care. Bachman says that Dr. Ezukanma would often certify without even seeing the patient.

To get paid by Medicare, Ezukanma would have to sign a certification for each patient that says, ” I certify/recertify that this patient is confined to his/her home and needs intermittent skilled nursing care, physical therapy and/or speech therapy or continues to need occupational therapy. The patient is under my care, and I have authorized the services on this plan of care and will periodically review the plan.”

Lest you think there is some wiggle room in that language, other rules say the services have to be face to face.

Why Ezukanma thought he could beat the charges is a mystery to us. Especially since the government had witnesses to testify that he never saw the patients.

Many of the patients probably didn’t need any services or could have gone to a doctor’s office to be treated. The victims in these cases were mostly you and I, taxpayers. We were paying for those phantom visits and exaggerated billing time. (Can you imagine a plumber working on a leaky pipe in your home all day and then billing you for 203 hours?)

It’s bad enough when fraudsters steal from taxpayers. Sometimes, however, the patients are the real victims. We assume that many of these elderly patients really were homebound and really did need to see the doctor. We know from Bachman and the criminal charges, however, that often the doctor billed as if he saw the patient but really didn’t.

And if he didn’t see the patient, how could be prepare a proper care plan?

Bachman says that Ezukanma started doing medical necessity certificates and care plans for other home health providers, once again without seeing the patient. He says Ezukanma was “a robo-signer for a fee.”

US Physician Home Visits and Ezukanma were certainly ambitious. In order to get the honors of having perpetrated one of the largest Texas Medicare fraud schemes, Ezukanma couldn’t just bill for home visits 200 hours per day. He needed outside help.

Enter Dallas Medical Center, part of Prime Healthcare. Prime is no stranger to fraud allegations. This year they paid the Justice Department $1.25 million to settle fraud charges but that is small potatoes to last year’s whopping $61,750,000 fine. (The whistleblower in that case received $17 million.) In 2016 while still getting their training wheels Prime Healthcare paid a measly $450,000 fraud penalty.

Are we surprised that Ezukanma and a Prime Healthcare hospital found a shady way to do business together? No! [Dallas Medical Center denies any wrongdoing.]

Ezukanma started a side business of certifying patients for hospitalization. Once again, Bachman says that many patients didn’t need to be in the hospital. He also says that he was “personally aware from his interactions with Dallas Medical Center and conversations he had with Parcon that Defendant Dallas Medical Center routinely voluntarily, willfully, knowingly and intentionally (a) billed Medicare for hospital services that were not medically necessary; (b) engaged in upcoding of procedures that were performed; and (c) allowed patients to stay much longer than needed for given procedures than was medically necessary…”

Two birds of a feather. Unfortunately, many of the patients were duped into going into the hospital or staying longer than was needed.

Parcon and Ezakanma ultimately went to jail. The judge in the criminal case ordered Parcon to pay $51 million in restitution. Ezukanma was ordered to pay $34 million. That is how much Medicare lost from their crimes.

So where is the money? It looks like it was spent. The feds took a few hundred thousand dollars from a safe in Ezakanma’s house and they seized his retirement accounts and other assets worth just $1.5 million.

Once the criminal case was over, Bachman’s False Claims Act whistleblower lawsuit was allowed to proceed. Under that law, whistleblowers can receive between 15% and 30% of whatever the government collects from the wrongdoers. A special provision allows whistleblowers to claim a portion of any criminal fines too.

This week the False Claims Act case was finally resolved. Parcon and Ezakanma were ordered to pay $339.4 million. Because his lawyers prosecuted the civil case, he is eligible for a higher reward of between 25% and 30%. That means Bachman is entitled to receive between $84.75 and $101.7 million. Unfortunately, we don’t think he will see much of that.

Why so much? The False Claims Act has triple damages provisions and large fines. That is the reason the civil fines are so much larger than the criminal restitution.

Despite millions being stolen from taxpayers, Justice Department officials think the money is mostly gone. Not only were Parcon and Ezakanma and their cohorts’ bad thieves, they apparently were bad investors and big spenders.

We sometimes see this in our cases. Our 2011 case against Freedom Mortgage netted a judgment of over $300 million. That judgment was just affirmed on appeal last month. Yet prosecutors don’t have much hope of collecting since the mortgage company long went out of business.

We don’t sugarcoat facts on this blog. The sad reality is that sometimes whistleblower rewards are uncollectible. In a Texas Medicare fraud case, it’s always easier collecting from a hospital or pharmaceutical company than a doctor or a clinic. But even we are surprised that Ezakanma and Parcon have apparently squandered tens of millions of tax dollars with little to show for it.

We love the Lone Star state. That said, we don’t want to be known as the state with the biggest Medicare fraud cases. Let that title go elsewhere. Better yet, let’s rid the healthcare system of these leaches wherever they may hide.

If you are a healthcare worker with inside knowledge of healthcare fraud, give us a call. We have helped whistleblowers around the nation stop fraud. Along the way, our whistleblower clients have received over $100 million in rewards.

Are you the next Texas Medicare whistleblower reward recipient? Read our Medicare fraud whistleblower and Texas whistleblower information pages. Ready to see if you have a case? Contact us online, by email or by phone 414-704-6731.

Cases accepted nationwide. All inquiries are protected by the attorney – client privilege and kept confidential. Our services are offered on a contingent fee basis meaning no fees or costs unless we collect money for you.

We started with a popular Texas phrase and we will end with one too. We are ready and rarin’ to go! Just give us a call.