If you have information about a person attempting to defraud the government’s Service Disabled Veteran Owned Small Business Program (SDVOSB fraud), you may be entitled to a large cash reward.

In this post we will look at the government’s SDVOSB program and recent examples of companies that have been caught trying to defraud the program. 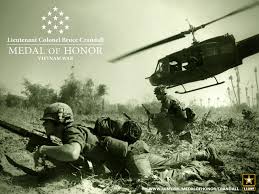 In this post we will concentrate on a particular DBSE programs designed  to assist disabled veterans called the Service Disabled Veteran Owned Small Business Entity (SDVOSB) program. In passing legislation authorizing the program, Congress said they believe that the “sacrifices made by veterans in the service of our country needs to be recognized at all levels of government.” By providing access to prime and subcontracting opportunities, the government insures that disabled veterans can compete.

The Veterans Entrepreneurship and Small Business Development Act of 1999 (Public Law 106-5) established an annual government-wide goal of not less than 3% of the total value of all prime contract and subcontract awards for participation by small business concerns owned and controlled by service-disabled veterans. The program is administered by the U.S. Small Business Administration.

In 2003, Congress passed a second law called the Veterans Benefits Act of 2003 (Public Law 108-183). That law established a procurement program for Service-Disabled Veteran-Owned Small Business Concerns. This program allows federal contracting officers to restrict competition to SDVOSBs and award a sole source or set-aside contract where certain criteria are met.

To be eligible as a SDVOSB, you and your business must meet the following criteria:

At least 3% of most government contracts have a set aside for SDVOSB businesses.

Most cases for veteran owned and service disabled veteran owned fraud are brought as whistleblower actions under the federal False Claims Act. This law allows someone with inside information about fraud involving government funds or programs to earn a whistleblower award. Awards are based on a percentage of what the government ultimately collects from the wrongdoers. Depending on who prosecutes the case (government prosecutors or the whistleblower’s own counsel), the reward can vary between 15% and 30% of whatever the government collects.

The False Claims Act was enacted during the U.S. Civil War. Although over 150 years old, the law is still viable today. What makes the law so successful is its ability to reward ordinary people. Billing clerks, construction foremen, laborers… anyone with inside information about fraud can earn a reward.

Worried about being able to afford a lawyer? We handle these cases on a contingent fee basis meaning that we don’t get paid unless you receive a reward.

Worried about retaliation? We have experienced employment lawyers available and ready to help. Congress made sure the False Claims Act not only has the ability to pay awards, it also has robust whistleblower protection and anti-retaliation provisions.

For more information, contact attorney Brian Mahany online, by email at or by telephone at (414) 704-6731 (direct). The consultation is without obligation, without charge and completely confidential. All communications are protected by the attorney – client privilege. (You can also download our 11 step guide to whistleblowing.)

These SDVOSB fraud schemes all hurt the thousands of service disabled and combat wounded men and women who served their country and are now trying to earn a living.

Lest you think that these schemes are infrequent or outliers, the GAO  conducted a random sample of disadvantaged small business enterprises in 2014 and found 40% were not eligible. In 2016, the SBA’s Office Inspector General found 80% (20 out of 25 sampled) were not eligible. The Justice Department has also weighed in. Since 2017, a record number of cases have been prosecuted.

Unfortunately, catching these schemes often requires an insider. And that is why whistleblowers are so important.

A Boston federal court jury found the owner of a phony service disabled, veteran owned business guilty of a $100 million fraud. David Gorski was convicted of conspiracy to defraud the U.S. government and four counts of wire fraud. Gorski used his sham company to siphon off work reserved for disabled veterans.

On paper, David Gorski was a minority owner and vice president of Legion Construction, Inc. David Gorski never serviced in the military, however, and certainly wasn’t disabled. That is okay under the rules as long as he was not the majority owner. The jury found otherwise, however.

According to prosecutors, Gorski found two different people who qualified as service disabled veterans. On paper, he made these folks the nominal owners of Legion Construction. The Justice Department claims that Gorski was the real owner, however.

The indictment claims that Gorski set up a company called Legion construction in 2005 with the intention of making the business appear to be veteran owned. He met with a “veterans agent” and asked for help in finding a disabled veteran so that he could “[start] a business targeting VA contracts.”

The agent put him in contact with one of the two veterans who later listed as “owning” the business. Gorski told the vets that they would not have to make any financial investment or guarantee any loans. The vets would also not have to do any work except to occasionally go to job sites and “look at things.”

In an apparent move to make the scheme appear legitimate, Gorski put the veteran on the payroll and paid him a salary. For being the alleged president of the company, however, the veteran was earning just $325.00 per week. Prosecutors say that the veteran didn’t do any actual work.

By 2008, Legion was now the successful bidder on large government contracts. One contract was for $15,000,000. By this point, Gorski added a second disabled veteran but he was still earning far more than the other two veterans. Prosecutors argued to the jury that this was an obvious sign that the real power and control of Legion remained with Gorski.

The beginning of the end came in January 2010. As Legion Construction grew and was awarded more and larger contracts, others in the construction industry began asking questions. On March 8th, another contractor filed a bid protest and challenged Legion’s SDVOSB status.

In an effort to defeat the protest, Gorski reorganized his operations and reshuffled shares in the company. Prosecutors claim he backdated the paperwork to make it appear that the changes took place before the protest was filed.

The VA bought Legion’s argument and ruled in the company’s favor. Legion and Gorski were safe for now but that wouldn’t last long.

Gorski confided to Legion’s accountant that he was upset with the VA regulation that said the majority owner of an SDVOSB business had to be the highest paid. That regulation exists, of course, to prevent folks like Gorski from simply finding a vet, paying them a few hundred dollars a week and making them the majority owner on paper. Gorski asked the accountant for ways to circumvent the law.

Gorski was indicted in 2012. At the time of his indictment, the feds knew that Gorski had sought the help of his accountant. What they learned next was shocking.

As prosecutors geared up for trial, it became apparent that Gorski’s lawyers may have assisted him in backdating documents in an attempt to defraud the government into believing that Legion was a qualified SDVOSB eligible to bid on government contracts.

In simple terms, if you engage your lawyer’s help to commit a fraud or crime, your conversations with the lawyers are not confidential and not protected. In other words, prosecutors can force the lawyers to testify against their client.
Gorski and his lawyers fought the subpoena. (Lawyers are obligated to do so even if they were not aware they were being used to help their client commit a crime.) The judge ordered the records be produced but only for review by the court. After reviewing thousands of pages of emails and three saved voice mails, the judge ruled that the crime – fraud exception applied to many of the documents meaning that prosecutors could see the emails and phone messages and use them at trial.

Gorski appealed the decision. Not only did the appeals court ruled against Gorski, they said prosecutors  were entitled to even more of the emails with his lawyer. The court found that Gorski used the services of his lawyer in furtherance of a scheme to defraud the government.

Only after the appeal and evidence issues were final decided could the case head to trial. Finally, after many years of legal wrangling over the lawyer emails, the matter went to trial. After a two-week trial jurors found Gorski guilty of five charges all related to the SDVOSB fraud scheme.

During the trial, prosecutors said the veterans who allegedly owned the company did nothing but mostly sleep and watch television. Gorski, however, claimed he did nothing wrong and was the victim of the overly complex SDVOSB regs and his prior lawyers! As noted above, jurors didn’t buy Gorski’s version of events.

The case can best be served up in the words of Assistant U.S. Attorney William Bloomer who said in closing arguments, “You can put a saddle on a duck, but that doesn’t make it a horse.”

Neither the lawyers nor the two veterans who Gorski claimed owned the business were accused or charged with criminal wrongdoing.

In September 2016 David Gorski was sentenced to 30 months in prison. He was also ordered to forfeit his ill-gotten gains.

Boston’s United States Attorney said this after the sentencing,

“Taking advantage of set-aside programs intended to support the economic welfare and stability of veterans is appalling,” said United States Attorney Carmen M. Ortiz. “Through his scheme, Mr. Gorski undercut the efforts of hard-working veterans to compete for valuable government contracts and, as such, defrauded federal agencies dedicated to serving veterans of our armed services.”

The real victims in Gorski’s case are taxpayers and the true veteran owned businesses.

On June 28, 2019, San Diego contractor Andrew Otero and his company A&D General Contracting were sentenced in San Diego federal court after a jury convicted both of an $11 million SDVOSB fraud scheme involving government contracts which had been reserved for service-disabled veteran-owned small businesses. Ortero will spend 18 months behind bars.

Like many SDVOSB fraud cases, this one began under the False Claims Act whistleblower law. That case was resolved earlier this month by both Ortero and A&D General Contracting for $3,259,679. [Ortero was prosecuted criminally and under the whistleblower law.]

Jurors heard that Ortero made a “secret side deal” with a true vet owned company, Action Telecom. The bid made it appear that Action telecom was managing the project and earning most of the profits. The secret deal, however, said otherwise. In fact, the legitimate vet owned business received just 2% of the profits.

There are thousands of service disabled and combat wounded men and women struggling to get their piece of the American dream. They put their lives on the line for us. Don’t let them come home and find no opportunities because people like David Gorski and Andrew Ortero create phony service disabled, veteran owned small business. Stopping SDVOSB fraud helps our vets and taxpayers too. For more information, contact our SDVOSB Fraud Whistleblower lawyers online. All inquiries are without obligation and confidential.