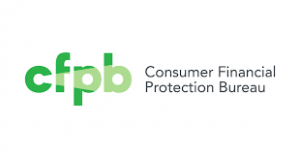 PHH Mortgage Corporation – All the Bad and Evil of Ocwen and So Much More. Here One Homeowners Discuss PHH in Her Own Words

We rarely post stories from prospective clients. Meghan, however, wants her Ocwen PHH Mortgage story shared. (Meghan is an assumed name but her story is real.) We were a bit hesitant at first but her logic is compelling… Meghan suggests that everyone “flood” their state Attorney General with complaints about Ocwen / PHH’s loan servicing practices.

We think Meghan is right! Back in the spring of 2017 over 20 states revoked Ocwen’s ability to service new loans in their states. Only after many promises by Ocwen did the states relent. If enough people complain this time perhaps the states will revoke their licenses and permits once and for all. In our opinion, they don’t deserve another chance. (As I write this, the Better Business Bureau says PHH Mortgage only managed to get one out of five stars in their overall customer rating.)

Here is Meghan’s story. We made minor edits and revisions primarily to protect her identity.

My loan was transferred to PHH Mortgage Company. [Editors note: Ocwen and PHH merged in 2018.] I did not receive a notice and thats when my  problems began.

I did not get any paperwork from PHH at all.

When I finally talked to Owen they told me my loan was transferred to PHH, and they could no longer take my payments. Then they gave me a number to contact PHH directly. That was back in January. I called them, and they stated they are not up and running and told me to call back in a couple weeks.

When I called back it was the same ol’ thing.

They told me that I should receive a letter in the mail from them and that someone would contact me in a couple weeks. I called them three times in February. Nothing but a run around. I was finally told I owed an additional $2,800.

As of March, I still had not received the letter that was supposed to come in the mail. I wanted to know if my interest rate and payments would stay the same. They said yes. My payment would remain the same.

I waited until April [XX] and then I talked to a young lady who emailed me something that I was supposed to get through the mail.

I said, “I am asking you what my payment is supposed to be as well as my interest rate and why you guys keep saying that I owe you another $2,000.00 or $2,800 when I’m not behind”. She said, oh no, I was behind from when Ocwen had the loan. I told her that is not true. I told her I was in the hospital in September of last year because of heart problems. They advanced part of my taxes that were due but I had paid them back.

I let her know I was not going to pay them what they were asking for because it was wrong and no one could explain what I owed and why. She said that the new amount I owed now included additional escrows for my taxes and insurance and also for late fees.

Previously in early February, a woman who told me she would have a supervisor call me. No one ever called me.

So I called back in early April, and I got someone that I could not understand. After being placed on hold for 52 minutes I hung up. I still had not heard back from anyone, so I decided to call back again a week later. I asked to speak with someone who could give me my payment amount, my interest rate and my taxes and insurance.

Once again I could not understand the person. And what they were saying did not make any sense.

I told him none of this makes any sense. Months later and I still had never received a statement. And the amounts they said I owe and the amounts I was supposedly being charged for interest, taxes and insurance kept changing.

I called again a week later after I had finally received a statement, after looking at this, I was not happy with what I was seeing. My interest rate went up, my outstanding principle balance went up and then also, I see they included my taxes on the statement but my insurance wasn’t included.

I told the customer service representative that I disagreed with their figures. I asked to speak to a supervisor. She threatened me and said if I didn’t pay what they claimed I owed or I would end up losing my house. I told her it’s not like I’m not trying to avoid paying what I owe. No once could tell me how they came up with their numbers and why they kept changing. I said, “You guys are scamming me and will not take my payments.”

I called again for several times in May. PHH mortgage company kept trying to milk money from me saying I owe them $2,000.00 for taxes that I had already paid. On July [XX], I called again and asked about a $14.50 charge they now said was assessed as an expense/inspection fee. They never came out to inspect my property.

Then I was placed on hold and all of a sudden the phone hung up on me… after now trying to make me pay over $6,000.

I also saw on the account statement that my escrow balance was in the negative. Nothing was adding up here but they couldn’t explain it. I looked at the payment breakdown and the numbers were wrong.

PHH said if I paid over $6000 they will bring my loan current. The confusion seemed to be about taxes. They said they paid them but I had already paid them back directly after getting out of the hospital last year. She then placed me on hold and called the Tax Department in [city name redacted]. She then came back on the phone, and she confirmed that I had already paid the taxes on my own. Even though she confirmed that I was right for all these months she wasn’t authorized to correct the statement but someone would get back to me. No one did.

It has been 10 months now and no resolution. I have called several times now and get people from India or the Philippines who at times I cannot understand and asked them to connect me with someone in the states and its always one excuse after another. Even when I get someone in the states, no one can fix the problem. A problem one rep confirmed was their mistake.

I often get a person who says they are assigned to me. Other times I am promised that someone will call me back which never happens. When I try calling them back I can’t get this straightened out. The last person I spoke with told me don’t cry, stop worrying, you are not going to lose your home. I said it has been 10 months, and yet I cannot get this straightened out, you people are trying to steal my home and many others from what I have read. This is very stressful on me and being a very sick person its taken a great total on my health. All this stress PHH are taking people through.

He said don’t worry it’s our fault we are going to fix the problem and I don’t know why this easy fix was not already done. But he didn’t fix it either and its still wrong. PHH still threatens to take my home.

I said if it is so easy why you cannot fix the mistakes you guys made. He said I needed a supervisor assigned and that someone would call me back 3 to 4 days. He said he was putting my case in an emergency status and that someone in the U.S. would call me ASAP. I still to this day have not received a call from right person who is authorized to fix this. I called back twice in November. I was on hold for over hour on my first try and couldn’t even get through on my 2nd. When I did get through the call was disconnected and I couldn’t get through when I tried calling back.

I have reached out to the Iowa Attorney General Office for assistance,

If anyone in Iowa is going through what I’m going or any other states flood calls into your Attorney General Office and contact the CFPB as well before you lose your home due to this criminal activity by PHH.

Post it on social media for awareness. So people like me and all of you see we are not alone. Just look at the bad Google reviews of PHH mortgage and you can see this is still happening to people all over. Will they ever get closed down?

Wow, we see and hear stories like this everyday. Having represented whistleblowers within Ocwen, we know that the company is woefully understaffed. Their computer systems are configured so that someone in customer service can’t see what someone in collections or the escrow department (taxes and insurance) sees. There is no internal communication and no one seems empowered to address problems.

Is this intentional? Who knows? But the frustration for customers is unbearable. Especially when homeowners are threatened with loss of their home.

Unfortunately, Congress has handcuffed class actions lawyers by making foreclosure and loan servicing cases extremely difficult to handle as a class case. And as many Ocwen – PHH loan customers can attest, finding an attorney willing to take a single Ocwen case is difficult.

Another problem is the quality of lawyers handling these cases. There are many bankruptcy lawyers that advertise “foreclosure defense.” Many times bankruptcy is necessary but in other cases the homeowner needs a strong lawyer willing to sue their bank. We have found few lawyers willing to do so.

There is some good news, however. Judges are starting to get ticked off at Ocwen.

Until Congress reforms the class action laws and prohibits banks and lenders from requiring borrowers to waive their rights to a jury trial, there is little we can do. We are interested, however, in prosecuting Ocwen cases involving illegal fees and charges. We also wish to speak with present and former Ocwen / PHH Mortgage Company employees with information about illegal servicing practices. In some cases we may be able to help these insiders collect a cash whistleblower reward. (All inquiries are protected by the attorney client privilege and kept confidential.)

If you are an Ocwen or PHH Mortgage customer with information about illegal fees, contact us by email at . We cannot take phone calls and may not be able to be able to respond to every email.

If you are a present or former  Ocwen or PHH Mortgage employee with information about illegal loan servicing practices, contact us by email at or by phone at 202-800-9791. All inquiries are kept strictly confidential.

We invite everyone to view our Ocwen fraud investigation page.