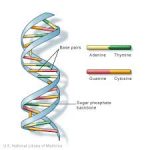 Have Inside Info on a Genetic Testing fraud Scheme? You May be Entitled to a Large Cash Reward from the Government

[Post updated April 2021] Genetic testing has been available in the United States for about 30 years. The science and technology to conduct genetic testing is rapidly evolving. Unfortunately, so are genetic testing fraud schemes that push unnecessary testing and force taxpayers to foot the bill.

Results of genetic tests can provide a sense of relief from uncertainty and help people make informed decisions about managing their health care. For example, a positive result can help patients find prevention, monitoring, and treatment options. Test for certain hereditary diseases can also help people make decisions about having children. And screening of babies can identify genetic disorders early in life before they manifest, thus allowing treatment to begin immediately.

As much as we may have curiosity about these tests, most are not reimbursable by Medicare.

A common use of genetic tests in the Medicare population is to assist in determining cancer treatment. Medicare will pay for genetic tests if a doctor needs to predict optimal chemotherapy regimens and avoid exposing cancer patients to ineffective or overly toxic regimens.

This is where things get tricky. If you have a symptom or if a doctor believes you have cancer, Medicare will pay for the testing if ordered by your physician. We have seen, however, technicians from genetic testing companies trolling community health fairs and senior centers with offers of “free health screenings.” Sometimes local churches are also duped into offering these events.

The technician promises the tests are free and that Medicare will pay all costs. All you need to do is simply provide a cheek swab as well as your Medicare card. Some companies even offer to send the results to your physician.

Genetic testing isn’t illegal but having Medicare pay for it is. Worse, many or all of the tests they perform aren’t medically necessary. And the really bad news? These companies now have your insurance or Medicare number and your personal genetic health information. Unfortunately, you have just become the victim of a genetic testing fraud scheme.

One clinic in Florida was even offering ladies free manicures if they allowed a technician to swab their cheek and provided their Medicare number.

The Medicare rules for genetic testing are relatively simple:

[Special Note for non-Medicare patients – Think carefully before allowing one of these testing companies bill your private pay insurance. Depending on state law, the results of the test may affect your eligibility for coverage and the prices you pay! For your own privacy, you might be better paying out of pocket so no one knows your results.]

Unfortunately, as genetic testing becomes more popular, so do the Medicare fraud schemes.

Under the federal False Claims Act, whistleblowers with inside information about genetic testing fraud schemes may be eligible for cash rewards.

Sometimes patients will be offered kickbacks in the form of gift cards or beauty services. [Kickbacks are illegal under both federal and state law.]

At times, physicians or nursing home administrators will be offered kickbacks although the testing companies often have a doctor on staff that signs orders declaring a medical necessity for the test.

Think you may qualify for a reward or just want to stop fraud? Contact us online, by email or by phone 202-800-9791. All inquiries are confidential. Services provided nationwide. And we never get paid unless you get paid an award.

Do Whistleblowers Really Get Paid Awards?

Great question. The answer is a resounding “Yes!” In fact, our whistleblower clients have already received $100 MILLION in rewards. And right now, the government is interested in genetic testing fraud schemes meaning you might earn the next reward.

In 2020, the Department of Justice successfully prosecuted GenomeDx Biosciences Corp. (GenomeDx) of Vancouver B.C. The company was charged with committing genetic testing fraud in connection with its Decipher® post-operative genetic test for prostate cancer patients. Prosecutors said that GenomeDx “knowingly submitted claims for the Decipher test to Medicare between September 2015 and June 2017 that were not medically reasonable and necessary because the prostate cancer patients did not have risk factors necessitating the test…”

In announcing the settlement, the Justice Department specifically praised the actions of the whistleblowers who brought this genetic testing fraud to light, “As this settlement demonstrates, we are committed to protecting the integrity of the Medicare program and will hold health care providers accountable under the False Claims Act when they engage in improper billing,” said Robert S. Brewer, Jr., United States Attorney for the Southern District of California. “This settlement is also another example of our commitment to vigorously investigate cases brought to our attention by whistleblowers. We commend the two employees of GenomeDx who had the courage to come forward and work with investigators.”

Myriad reported revenues of $770 million in 2016, much of that from genetic testing.

The Dallas Morning News did an investigative report on Texas Medicare fraud. They identified a potential genetic testing fraud in Carrollton, Texas. According to report, a genetic testing company advertised for “free DNA testing” at a Carrollton senior center. The test told seniors the testing was to insure people’s medications would not cause adverse reactions. Unfortunately, the test takers made no efforts to communicate with the seniors’ doctors nor did they even ascertain whether these folks were suffering from a cancer or other specified diseases.

One woman got suspicious when the company representative wanted everyone’s ID card and Medicare information. The representative said that Medicare would pay for all the testing. According to her, “You signed a paper. They swabbed the inside of your mouth, and they gave out ice cream bars.”

The woman actually received her test results but when she showed them to her doctor, he was surprised.

“’Where’d you get this? Do you know this doctor who signed it?’ he asked.”

The Justice Department charged Seth Rehfuss with criminal Medicare fraud. According to court records, Rehfuss used the non-profit Good Samaritans of America to cheat taxpayers out of $1 million.

The government says, “Rehfuss has convinced hundreds of senior citizens to submit to unnecessary genetic testing and paidphysicians and physician’s assistants to falsely state that they referred those patients for testing deemed necessary for the patient’s treatment. In reality, the healthcare providers had never met those patients and had no role in their care or treatment.”

And how did Rehfuss profit from these unnecessary tests? He was paid a commission.

When Rehfuss couldn’t find a doctor to sign the test forms he allegedly advertised on Craigslist looking for a doctor who wanted to make $2000 for 2 hours work! In some cases, the test results were not even sent to the seniors.

Since this post was first written, the feds Medicare Fraud Strike Force announced charges against 35 people involved in genetic testing fraud. The ring was responsible for $2.1 billion in losses. Prosecutors say that most of the tests were worthless and often the results weren’t even provided to the patients.

By teaming up with telemedicine companies, the fraudsters were able to sign up tens of thousands of patients, mostly senior citizens. Many patients were told they were getting cancer screening tests. A Justice Department spokesperson said, “The defendants are alleged to have capitalized on the fears of elderly Americans in order to induce them to sign up for unnecessary or non-existent cancer screening tests.  The genetic testing fraud schemes put personal greed above the preservation of the American health care system.  The U.S. Attorney’s Office, alongside our law enforcement partners, remains committed to protecting taxpayer dollars and the Medicare program from abuse.”

Once again, if you have inside information about a genetic testing fraud, you may be eligible for a cash reward. More importantly, you are taking an active role in the battle against fraud. We are also seeking information about the phony doc-in-a-box telehealth doctors who write the prescriptions for these phony tests.

As a result of the COVID-19 pandemic, Medicare and private insurance rules on telemedicine have been relaxed. We worry that more genetic testing schemes will follow.

Fast forward to April 2021 and once again, Medicare has republished their genetic testing warnings. According to their website, patients take the following steps to protect themselves:

The federal False Claims Act covers testing paid by Medicare, Medicaid or Tricare. If a genetic testing company defrauds one of these government funded programs, cash whistleblower rewards are available from the Department of Justice. two states, California and Illinois, have special reward programs for companies that are defrauding private insurance. Contact us to learn more details.