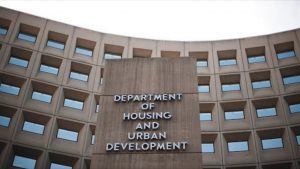 Two days ago we wrote about the Memorandum of Understanding between HUD and the Department of Justice. On its face. the MOU appears to be neutral, anyone with knowledge of the public statements by HUD Secretary Carson and the recent spate of dismissals sought by the Justice Department in False Claims Act cases knows there is real trouble in the air.

Do we think the present administration will unwind the False Claims Act? No (although sadly it is dead for all practical purposes in HUD mortgage fraud cases). The MOU represents the first step in a very slippery slope. A step in which whistleblowers, taxpayers and the public are the real losers. The only winners are greedy corporations.

We are not opposed to capitalism or the business community. Honest businesses love the False Claims Act [FCA] because it levels the playing field. Businesses the follow the rules can’t fully compete with those that cut corners.

In this post today, we reprint what someone else wrote this morning about the MOU and the assault on whistleblowers.  We are glad that we aren’t alone!

“The ‘arrangement’ [MOU] is definitely a restriction on the operation of the FCA statute and the execution of other laws.

Perhaps, we ought to give even more attention to the asserted right of the DOJ to move to dismiss cases ‘just because.’    That is the greatest threat facing the enforcement of the FCA across the nation.
Politics are conducted in the dark, hidden from our side of the curtain.    When FCA Relators and lawyers are on the receiving end of disrespectful comments, obvious disregard of supporting precedent, evasive justifications for defendants’ violations and declinations without conducting bona fide investigations—we get the message.    Thank goodness, there are many good AUSAs and DOJ attorneys involved in the process…but if your case is assigned the “wrong kind” of government attorney, your clients have NO meaningful recourse.    Neither do the Congress or the taxpayers.    Isn’t that wrong?
How do Congress and the taxpayers have any upside hope of using the rule of law to address real contracting fraud with, at times, political or other unholy influences sitting on the process?
Congress needs to limit arbitrary dismissals by requiring that the government prove by a preponderance of the evidence that its justification is bona fide, not arbitrary, that it has investigated the claims and that dismissal is not otherwise detrimental to the policies underlying the FCA.    Yes, that requires effort, but the FCA justifies holding the government accountable for arbitrary motions to dismiss bona fide claims being prosecuted by Relators under the statute.
Regards, and Senator Grassley may not fully appreciate the “wolf at the door.”

We couldn’t agree more.
As to the reference to Senator Chuck Grassley, he is the patron of whistleblowers. Recently he wrote, “Whistleblowers play a critical part in Congress’s oversight efforts. They courageously raise their hands and disclose waste, fraud, abuse, mismanagement, and all sorts of misconduct.” The administration should be doing everything in its power to protect whistleblowers. The actions and statements by Secretary Carson suggest the opposite.
If you have an opinion to share or have read of an opinion worthy of sharing, please send it to us at . By publishing stories like this we hope the public gets mad and lets the administration and Congress know how you feel.
2021 Update.  False Claims Act recoveries were way down under the four years of the Trump administration. Part of that is courts were closed for 10 months of 2020.
Although President Trump did ramp up fraud enforcement in certain areas including antitrust, Foreign Corrupt Practices Act (bribery of foreign officials) and fraud against veterans, big recoveries against banks and mortgage companies were down significantly.
Trump is gone, Biden is in and we have high expectations that the new administration will ramp up cases brought under the False Claims Act.
The whistleblower lawyers at MahanyLaw have not given up the fight. In recent years we have helped our whistleblower clients collect over $100 million in cash rewards. The government still pays hundreds of millions of dollars each in rewards. To learn more, contact attorney Brian Mahany  online, by email or by phone (202-800-9791)
Share: Share on FacebookShare on TwitterShare on LinkedinShare by Email