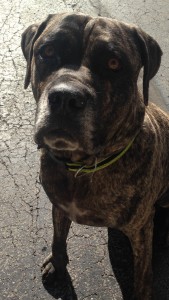 Has Wells Fargo Left One to Many Messes Behind? This Is Part Three of Our Continuing Blogs on Wells Fargo

The battle lines are drawn. Tim Sloan, the embattled CEO of Wells Fargo, is starting to feel the pressure of the bank’s repeated missteps. Although hired as CEO to clean up Wells Fargo’s dirty messes, we think Sloan is just another in a line of stooges trying to suppress the truth.

An article featured in the NY Post claims Bloomberg News reassigned the journalist assigned to cover Wells Fargo. What makes this story so interesting is that the request to squelch the reporter came from none other than Tim Sloan himself. That the target of a news story – Wells Fargo – can boss around a well-respected media outlet is astonishing.

If the story is accurate, Wells Fargo has enough juice to silence one of the largest business media outlets in the nation.

John Micklethwait, Bloomberg’s Editor-in Chief, allegedly succumbed to pressure from Sloan. The bank was upset by Bloomberg’s coverage of the bank. As a result, Bloomberg reassigned the reporter, Shahien Nasiripour, to cover a different beat.

Why would Bloomberg News give up its journalistic integrity? And why give in to one of the sleaziest banks in the country? Money, of course.

Is there more of a connection? The NY Post claims that Micklethwait “loves his dinners with banking people.”

Journalists are supposed to be impartial. We suspect that if the Post story is true, morale must be rock bottom at Bloomberg.

Probably the only place with worse morale is Wells Fargo!

With an endless stream of scandals, we wonder why Sloan is attacking reporters instead of cleaning up the bank. If he can’t do it, whistleblowers will.

We have repeatedly called for insiders at Wells Fargo and other banks to step forward with information about greed, corruption and wrongdoing at banks. Money is power and unfortunately, power usually leads to greed and corruption.

The False Claims Act, the Financial Institutions Reform Recovery and Enforcement Act (FIRREA), the SEC and the IRS all have whistleblower reward programs that can pay large cash rewards for inside information about bank fraud or misconduct.

Tomorrow somewhere in the nation will be another headline about misbehavior by a bank. Regulators can’t be everywhere and don’t always know where to look for misconduct. That is why whistleblower tips are so important and why Congress has authorized a plethora of government agencies to pay cash awards for inside information.

There is a perception that regulators are largely in the pocket of big banks. Many believe that banks have become so powerful that they have truly become “too big to fail.”

Unfortunately, there may be a bit of truth in that. The NY Post story certainly doesn’t help the perceptions about the power of banks.

Even if these perceptions are true, however, Wells Fargo is still like the bad dog that pooped once too many times on the living room carpet. With the possible exception of a “bank obsessed” news editor, most folks have long had their fill of Wells Fargo.

Even the Federal Reserve has had enough. Outgoing Fed chair Janet Yellen imposed the ultimate sanction on Wells Fargo, an asset freeze. Although temporary, the signals to the bank can’t be stronger.

If there was ever a time to become a Wells Fargo whistleblower, today is the day.

[We remind would-be whistleblowers that there is a first to file requirement for most whistleblower programs, delaying may mean that someone beats you to a multi-million dollar award.]

If you are ready, call us. Even if you aren’t ready to become a whistleblower, we would still appreciate whatever information you might have that details misconduct. Even if we don’t want a reward or wish to remain anonymous, with your permission we might still be able to get the feds to act on your information or use the information to help borrowers and customers of the bank.

To learn more, visit our Wells Fargo whistleblower cornerstone page [here]. We also urge you to call us. The author of this post, attorney Brian Mahany, has helped bank whistleblowers recover over $100 million in awards.

For more information, contact us online, by email at or by phone at 414-704-6731. All inquiries are kept strictly confidential. The attorney – client privilege extends to all conversations even if you never hire us.

Our beef with Wells Fargo is their senior management, the c-suite mafia as we call them. It isn’t the rank and file workers, supervisors and middle managers.

If you think know of wrongdoing, call us. There is no obligation. And you might just sleep better knowing that you spoke with someone that understands. (One of our senior bank whistleblower lawyers was a whistleblower himself.)

Most whistleblowers try to fix problems internally. They speak with co-workers, then their supervisor and finally their boss’ boss. When that doesn’t work, they find us or go public.

Wells Fargo says they take employee concerns seriously but we believe they don’t. In many instances the only “thank you” you might get is a pink slip or demotion.

Others skip internal reporting either because they are fear retaliation or they think that such a call is futile. These folks often call a government agency right away. That may get you some protection from retaliation but it won’t get you a reward.

If you are ready to blow the whistle, want to understand your rights or just want to know if what the bank is doing is illegal, call us. We never charge for our services unless we are successful recovering money on your behalf.

Our contact information is above. We hope you call.