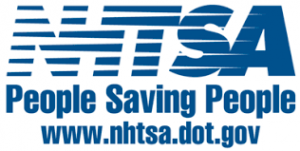 [Ed. Note: This post discusses the efforts of the criminal case against Takata to secure monies for victims of defective Takata airbags. Takata filed for bankruptcy protection and its airbag business was ultimately sold off. That is the source of the nearly $1 billion restitution fund. The actions of the receiver are separate from our and other class actions against the auto makers. Despite the Takata’s bankruptcy, car companies such as Volkswagen, Audi, Honda, Toyota and other remain responsible for knowing installing defective airbags into their vehicles.]

Of the billion realized from the sale of Takata’s airbag business, $125 million was placed in a Department of Justice “Takata Individual Restitution Fund” and an additional $140 million in the Takata Airbag Tort Compensation Fund.

As special master, Green’s job was “to determine eligible claimants and the amount of loss eligible for compensation, developing a formula or formulas, subject to Court approval, for

distributing funds to eligible claimants, making determinations regarding allowed claims, and making a recommendation to the Court regarding allocation of funds from [the restitution fund.]”

Although tens of millions of motorists were affected by the recalls of cars equipped with Takata airbags, not everyone is eligible to share in the restitution.

According to Green, claims will be considered for injuries caused by Takata’s air bag inflator defect. “Claims related to injuries or wrongful death caused by other air bag components — such as air bag failure to deploy, spontaneous air bag deployment, crash injuries unrelated to the inflator, or economic losses unrelated to physical injuries or death — are not covered by the three types of claims.”

Because we have spoken with hundreds of Takata victims, we understand that not every airbag injury is covered. The recall of Takata airbag equipped cars was specifically due to a defect in the airbag actuator. That is the device that causes the airbag to rapidly inflate in the microseconds after a crash.

As designed, a small charge should cause the airbag to rapidly inflate and prevent occupants of the car from striking the windshield. Unfortunately, Takata used a defective propellant that became unstable when subjected to high heat and humidity. Over time, the propellant could become unstable and cause the actuator to detonate with such force that it becomes a grenade.

Instead of saving lives, the airbag casing can explode sending deadly shrapnel throughout the interior of the car.

With millions of cars equipped with Takata airbags, there is certainly the occasion for some other failure of the airbags system. Often we have heard of crashes where the airbag did not deploy.

When an airbag doesn’t properly deploy, it could be the fault of the sensor, the actuator, the wiring between the two or the bag itself. None of these defects are part of the recall and are evidently not part of any settlement funds in the Takata bankruptcy and criminal cases.

Injured persons believing they are entitled to monies from the funds can apply directly on line to TakataSpecialMaster.com and TakataAirbagInjuryTrust.com. A lawyer is not necessary.

The big question is how much each claimant will receive. Some victims have suffered horrific injuries from the airbags. And regulators believe that several drivers and passengers died as the result of the shrapnel wounds they sustained.

Another big issue is how much money should be saved for future claims. There are still millions of Takata airbag equipped cars still on the road today. Many folks don’t even know their vehicle has been recalled while others are frustrated because the automakers still don’t have replacement parts.

What To Do If You Are Injured by a Defective Airbag

Unfortunately, folks continue to be harmed by exploding airbags. If you are the victim of a defective airbag we recommend these steps:

The strength of your claim against the automaker depends on the age of the vehicle. In the earliest years, the automakers may not have known that the airbags were defective. But there is no excuse for companies like Volkswagen still using Takata airbags in 2017!

The takeaway from this post is simple. There was approximately $265 million set aside from the sale of Takata’s airbags business. That money is earmarked primarily for injury and death victims. The Takata monies is being administered by Eric Green, the court appointed special master. Mr. Green’s efforts have nothing to do with the personal injury and wrongful death lawsuits against the automakers or others who may be responsible for the defective airbags.

Need more information? Call the Takata Airbag Injury team at MahanyLaw today. We can be reached online, by email or by phone 414-704-6731. All inquiries are protected by the attorney – client privilege and kept strictly confidential. Injury cases are handled on a contingent fee basis meaning no fees or costs unless we are able to recover money on your behalf.