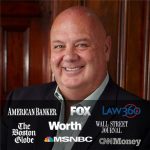 United States Bankruptcy Judge Brendan Shannon signed off on Takata’s restructuring plan. The judge’s order clears the way for Key Safety Systems to purchase Takata’s airbag business free and clear of all claims of injuries and economic losses tied to the faulty airbags.

As part of Takata’s bankruptcy restructuring plan, Takata hoped to sell its airbag business to Key Safety Systems a Michigan based company. Key Safety is owned by Ningbo Joyson Electronic Corp. of China. No one would purchase the business, of course, unless they had the court’s assurances that they were acquiring the company’s assets free and clear of all claims.

Under the plan, Key Safety Systems will pay $1.6 billion for Takata’s airbag business. The sale proceeds will be set aside to pay claims from automakers, the government, car owners and passengers killed or wounded by defective airbags.

One year ago, Takata pled guilty to a single criminal charge of wire fraud and agreed to pay a $25 million fine and $125 million to people injured by airbags and $850 million to automakers who are stuck with the bill to replace the defective airbags. The criminal charge stemmed from claims that Takata willfully concealed its defective airbag actuators from regulators, vehicle owners, car dealers and automakers. The government claims that Takata used an unstable propellant in its airbags that can cause the metal canister holding the airbag to explode like a hand grenade.

After the guilty plea, the company limped along before filing for bankruptcy protection in June of last year. At the time of its bankruptcy filing, it was obvious that the company would not have enough money to pay everyone harmed by their airbag systems. The actual harm caused by Takata is estimated to be at least $10 billion and probably much more. The company’s assets are worth just $1.6 billion. That means nickels on the dollar for victims.

Under the approved bankruptcy plan, the $1.6 billion in sales proceeds will be set aside to pay the car companies, the estates of people who were killed by broken airbags and personal injury victims. We do not believe there is nearly enough money.

Confirmation of the bankruptcy plan has little impact on car owners. That is because the automakers are responsible for the parts they use on an automobile. If your car is wrecked because the wheels fall of your new VW Passat, Volkswagen is responsible. They can’t refuse to honor their warranty and instead tell you to sue the lug nut manufacturer who is located half way around the world.

It works the same way with airbag inflators. If your car is worth less money because of Takata airbags or if it isn’t safe to drive because of the airbags, your beef is with VW (or any of the other automakers who installed Takata airbag systems in their vehicles).

In fact, we have current or anticipated class actions against VW, Audi, Mercedes, Dodge, Chevy, Mercedes and several others because we believe they knew for years that the airbags they were putting in their cars were garbage. The car company’s knowledge of these defects becomes important because for many people, their cars are no longer under warranty.

We believe that the car companies knew that Takata airbags were dangerous yet continued to install them. Why? Because Takata’s airbags were cheaper. There is nothing wrong in wanting to save money, but we believe that the car companies also knew that Takata’s airbags used an unsafe and unstable propellant and were prone to explode. The big automakers put their customer’s safety at risk simply so they could make a few bucks more in profits.

To see if your vehicle qualifies for one of our class actions, visit our Takata Airbag Claim Center page.

For people injured by Takata airbags and the families of those who died, the bankruptcy confirmation is good news but also should make little difference.

We say the news is good because it means there is a pot of money set aside for people hurt or killed by Takata’s notoriously dangerous exploding airbags. We are still waiting to see the details of the claims process, however.

To the extent that there is money available and no proof of fault is required, the injury and death claims fund is good. If the Takata airbag compensation trust operates that set up for victims of asbestos exposure, injury victims will have to prove that the vehicle they were riding in was equipped with Takata airbags and that the airbags caused their injuries. The first part is easy while the second question could be tougher depending on the accident and injury. What victims won’t have to prove is that the airbags were defective. That can be difficult because in many cases, the airbag actuator wasn’t saved after the accident.

Our worry is how much money will be available and how long claimants must wait to receive compensation. Unfortunately, it will take years before every defective airbag actuator is replaced and some may never be replaced. That means many of the injuries and deaths have not even occurred.

We also worry that the car companies will try some end game to force victims to choose between collecting from the bankruptcy trust or from going after the automakers.

We are determined to insure personal injury and death victims are fully compensated. We believe the big automakers knew the airbags installed in their vehicles were dangerous and yet did nothing. Companies like VW continued to install Takata airbags years after the recalls began.

To us, the reality is simple. Corporate greed. Profits before safety. And we intend to hold everyone at fault responsible.

If you suffered a serious, permanent injury caused by an exploding airbag, give us a call. We and our nationwide partners won’t rest until every victim of these dangerous products is fully compensated. We will fight General Motors, Ford, Honda, Toyota or any other automaker who put these deadly products in their vehicles and caused you or a loved one to suffer.

For more information contact attorney Brian Mahany directly at or by phone at 414-704-6731. We also invite you to visit our Takata Airbag Injury and Claim Center information page. You won’t find a more complete source of Takata information anywhere. Included is a list of vehicles affected by the recall. (We always suggest that you visit the government’s website for up-to-the-minute recall information and information as to whether you should be driving your vehicle if equipped with Takata airbags. Vehicles that are or have been operated in high heat and humidity areas of the world are at extreme risk. Please be careful.)