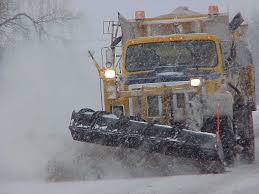 Do You Have Information about Fraud Involving Highway and Transportation Projects? You May Be Eligible for a Federal or NY Whistleblower Cash Reward

A New York highway contractor was convicted of wire and mail fraud by a Syracuse, New York federal jury after a seven day trial. Jurors found that Nathaniel Lorenz, age 47, used less sealing product on New York highway bridges than required by his contract. N.Y. engages in an annual maintenance campaign to prevent potholes and deterioration of its bridges.

In 2015 and 2016, Acme was awarded Lorenz and Acme almost $2 million in contracts to power wash and seal state highway bridges in upstate New York. Because of New York’s harsh winters, the state is often forced to use a tremendous amount of salt and calcium chloride on its roads. Those chemicals can eat away at concrete bridge decks. If the salt mix is able to penetrate the porous concrete, it can corrode the steel rebar and structural steel sections of the decking.

To prevent corrosion and extend the life of the state’s bridges, New York DOT contracts with private vendors to perform the sealing.

New York specifies the type of sealer, SIL – ATS 100, and the rate of its application. There is but one authorized vendor for New York of the approved product, a company called Allied Building Products.

Lorenz and Acme claim they washed and sealed the bridges using the appropriate chemicals and at the correct application rate.

In the spring of 2016, a whistleblower who worked for a competitor of Acme contacted the New York DOT and claimed that Acme was underapplying the expensive sealer. The state started an investigation. Because 90% of New York’s bridge monies comes from the feds, the Inspector General of the U.S. Department of Transportation joined the investigation.

At first, Acme and Lorenz were not aware of the investigation.

State inspectors know exactly how many square feet there are on each bridge deck. To verify that Acme had used the appropriate sealer and in the right quantities, inspectors asked for proof of purchase of the sealer.

Acme emailed or mailed several invoices from SEB for the sealer. The only problem is SEB is not an authorized seller of the product, Acme never purchased any sealer from SEB and SEB is another corporation owned by Lorenz.

Because the phony invoices were sent by email and UPS. That gave rise to the mail and wire fraud charges.

Prior to trial, Lorenz claimed that even if he breached his contract with NY DOT, prosecutors could not prove that he did so intentionally.

He also claimed that he couldn’t find the receipts showing that he had the correct amount of sealer on hand so he created invoices from his other company that actually had some leftover sealer. Lorenz said that despite the phony invoices, he had plenty of sealer on hand from other jobs. The jury didn’t buy his explanation.

After a 7 day trial, the jury convicted Nathaniel Lorenz on all counts. He is facing 20 years in prison when sentenced early next year. Press reports claim Lorenz is a former Orleans County deputy sheriff.

In announcing the convictions, Albany U.S. Attorney Grant Jaquith said, “Nathaniel Lorenz ripped off New York State taxpayers by doing shoddy maintenance work on bridges New Yorkers depend on every day and then submitting phony paperwork to cover up his fraud. Together with our state and federal law enforcement partners, we will continue to vigilantly watch over federally funded contractors so that taxpayers get what they pay for.”

Lorenz’s conviction comes on the heals of another NY company accused of shoddy power washing. Recently Dandrow’s Painting Inc., paid $350,000 to resolve allegations that it failed to procure adequate amounts of sealant under federally funded contracts with the NYSDOT.

We are seeing a growing trend of competitors becoming whistleblowers. By grossly using too little sealer, Lorenz’s company could easily underbid its competitors. That rewards the companies that break the law instead of those that are honest.

Whistleblowers in New York State and across the nation can earn large cash awards for reporting illegal contracting behavior. Very often we see these schemes involved in bridge and highway contracts.

Under state and federal false claims act laws, whistleblowers with inside information about DOT fraud can earn a cash reward for reporting the illegal behavior. The awards are 15% to 30% of whatever the government collects from the wrongdoer. And whistleblowers are also entitled to protection against retaliation.

While the DOT or Justice Department is investigating, your name and identity can remain secret giving you time to decide if you want to stay or secure different employment.

Ready to see if you qualify for a federal or NY whistleblower award? Contact our DOT fraud whistleblower legal team. We have helped our clients receive over $100,000,000.00 in rewards. You could be next. Email us at , call us 202.800.9791 or Report Online.

All inquiries are protected by the attorney privilege and kept confidential. We handle cases nationwide. Our services are available on a contingent fee basis meaning you pay us nothing unless we win.