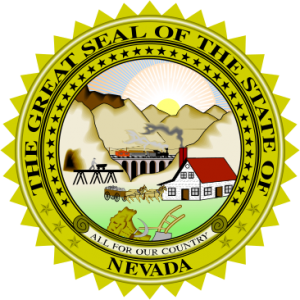 Nevada is just one of a small handful of states that offer whistleblower awards for unpaid taxes. New York and Illinois have a long history of paying big awards to whistleblowers who report businesses who don’t file returns, file phony returns or simply won’t pay what they owe. Nevada, however, has just one reported tax decision under its whistleblower reward law. Nevada’s reward statute, however, is one of the most generous in the nation.

Tax Whistleblowers and the Law

In passing the federal False Claims Act, Congress inserted language prohibiting whistleblowers from receiving rewards based on violations of the tax code. Many states followed suit.

Nevada’s whistleblower reward statute is silent about taxes. That may be the reason why no comes forward seeking a reward.  Hopefully, by promoting awareness of the law, many more people will come forward.

In 2003, a gaming machine company was named in a state whistleblower lawsuit. The person bringing the claim was James McAndrews. He was employed by the company to oversee tax compliance. What McAndrews found, however, was widespread tax evasion and unreported tax revenues.

He says, his employer and others “engaged in a scheme to evade the payment of substantial amounts of sales and use taxes on millions of dollars in gaming machine sales.” Specifically, he found that no sales or use tax was being remitted by the company from the rentals of gaming machines.

Under the Nevada False Claims Act, McAndrews was eligible to receive between 15% and 50% of whatever the government collected from his employer.

Congress passed the original False Claims Act in the 1800’s during the Civil War. More recently, states have passed their own version of the federal whistleblower reward law. Some states limit awards to information involving state Medicaid dollars while others expand the law to any state spending.  A very few states, Nevada included, extend to both state spending and state taxes.

To expose and combat attempted fraud against the government, Nevada passed its legislation in 1999. The legislature wanted to encourage private citizens to come forward with

persons to become “private attorneys general,” granting them the right and financial incentive to sue on behalf of the state, counties and cities “if money, property or services provided by the State [or its political subdivisions] are involved.”

A private citizen can file a lawsuit on behalf of the state. If the suit is successful, the plaintiff (whistleblower) is entitled to whistleblower both protections and between 15 and 50 percent of any recovery. The rest of the money goes into the state’s general fund.

Nevada’s False Claims Act is silent as to whether taxes are included in the law. Of the 29 states with whistleblower reward programs, 27 of those states address taxes by either explicitly excluding taxes or authorize rewards based on them. Nevada and Delaware are the two states where the law is silent.

In McAndrews case, the gaming machine company argued that taxes are not included. They wanted his lawsuit dismissed. The business community didn’t want to face whistleblower lawsuits so they argued that only the tax department could collect unpaid taxes.

Surprisingly, the Nevada Attorney General agreed with them! Undaunted and alone, McAndrews decided to press forward.

According to the Nevada Supreme Court,

“Specifically, [the defendants, Attorney General and retailers] assert that Nevada’s FCA does not include tax deficiencies within the realm of possible false claims, that the revenue statutes preempt the field of taxation so as to prohibit private actions to recover funds under the revenue statutes, and that good cause exists to dismiss the actions because the tax department is charged with determining these types of factual and interpretive matters under the tax statutes.”

Fortunately for Mr. McAndrews, the court disagreed with the business community. They found that since the Legislature intended to maximize the recovery of state funds, the law should be broadly interpreted.

Had the Nevada Legislature wanted to exclude taxes, they could have easily done so like the feds did. But by being silent and instead saying the law applied to any state funds, the court felt that the Legislature intended the reward statute apply to taxes.

Whistleblowers didn’t get a complete victory, however.

The Supreme Court ruled that whistleblower cases could only be brought in instances “when a person has cheated or attempts to cheat the government by submitting documents containing manufactured or omitted facts or data. For example, an FCA claim might properly be maintained on allegations that state money was fraudulently withheld by a company that keeps two sets of books reporting the same transactions—one that accurately reflects the sales’ gross receipts and one that does not—and then underreports its state sales tax liabilities based on the untrue data.”

The flip side of the Supreme Court’s ruling is that whistleblower cases can’t be brought in cases where the interpretation of a tax statute is at issue.

To clarify this, let’s use several more examples:

Scenario One – Taxpayer fails to file tax returns and fails to pay Nevada sales taxes despite knowing it has an obligation to do so. We think this behavior is more akin to “cheating” the state. We believe whistleblower awards would be available.

Scenario Two – Taxpayer claims its cloud based software is exempt from sales tax because it is a subscription and not custom designed software. There is probably no reward because this involves an interpretation of state tax law and is not obvious cheating such as failure to pay taxes or maintaining two sets of books.

Under the Nevada False Claim Act, whistleblowers are protected against illegal retaliation and are entitled to share between 15% and 50% of what the state collects from tax cheats.

No one likes paying taxes but those that don’t pay their fair share are disliked even more. When a business doesn’t pay what it should, other taxpayers are left holding the bag. The dishonest business gets a competitive advantage by being able to charge less or pocket more while honest businesses are forced to pay higher taxes.

Want to learn more about stopping greed and earning a cash award? Visit our 11 Step Guide to becoming a whistleblower. Ready to see if you qualify for a reward? Give us a call. As noted above, Nevada pays between 15% and 50% of whatever is collected from the tax cheaters.

For more information, contact us online, by email at or by phone at 414-704-6731 (direct). All inquiries protected by the attorney – client privilege and kept confidential.